Tetrachloromethane-Degrading Bacterial Enrichment Cultures and Isolates from a Contaminated Aquifer 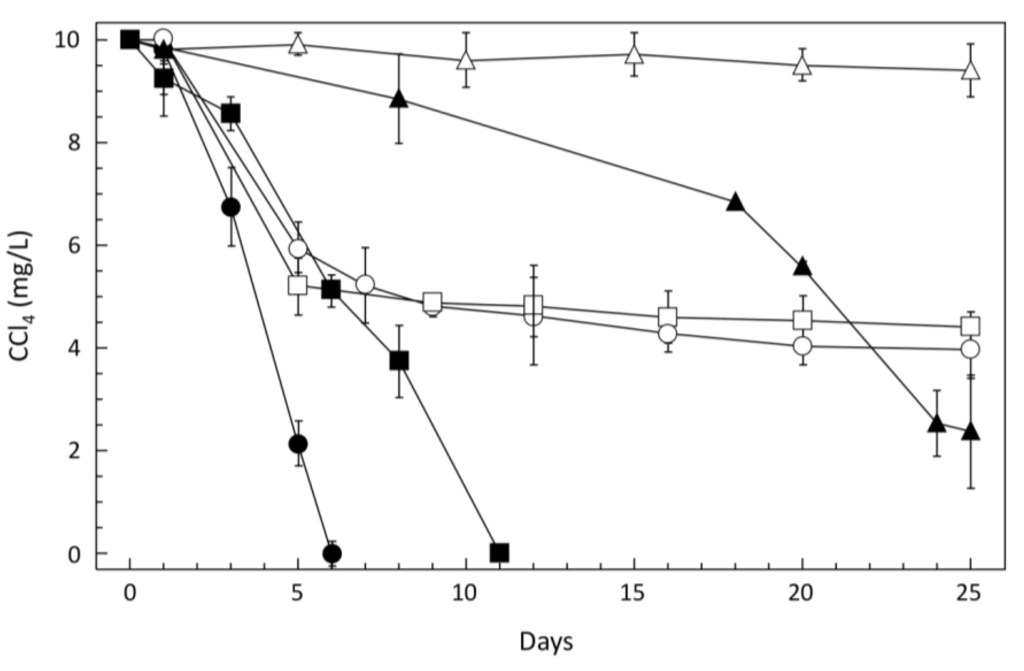