Interactions of Methylotrophs with Plants and Other Heterotrophic Bacteria

Bioengineering holds great promise to provide fast and efficient biocatalysts for methanol-based biotechnology, but necessitates proven methods to optimize physiology in engineered strains. Here, we highlight experimental evolution as an effective means for optimizing an engineered Methylobacterium extorquens AM1. Replacement of the native formaldehyde oxidation pathway with a functional analog substantially decreased growth in an engineered Methylobacterium, but growth rapidly recovered after six hundred generations of evolution on methanol. We used whole-genome sequencing to identify the basis of adaptation in eight replicate evolved strains, and examined genomic changes in light of other growth and physiological data. We observed great variety in the numbers and types of mutations that occurred, including instances of parallel mutations at targets that may have been “rationalized” by the bioengineer, plus other “illogical” mutations that demonstrate the ability of evolution to expose unforeseen optimization solutions. Notably, we investigated mutations to RNA polymerase, which provided a massive growth benefit but are linked to highly aberrant transcriptional profiles. Overall, we highlight the power of experimental evolution to present genetic and physiological solutions for strain optimization, particularly in systems where the challenges of engineering are too many or too difficult to overcome via traditional engineering methods. View Full-Text
Keywords: Methylobacterium; bioengineering; experimental evolution; genome sequencing; RNA polymerase; C1 metabolism Methylobacterium; bioengineering; experimental evolution; genome sequencing; RNA polymerase; C1 metabolism
►▼ Show Figures 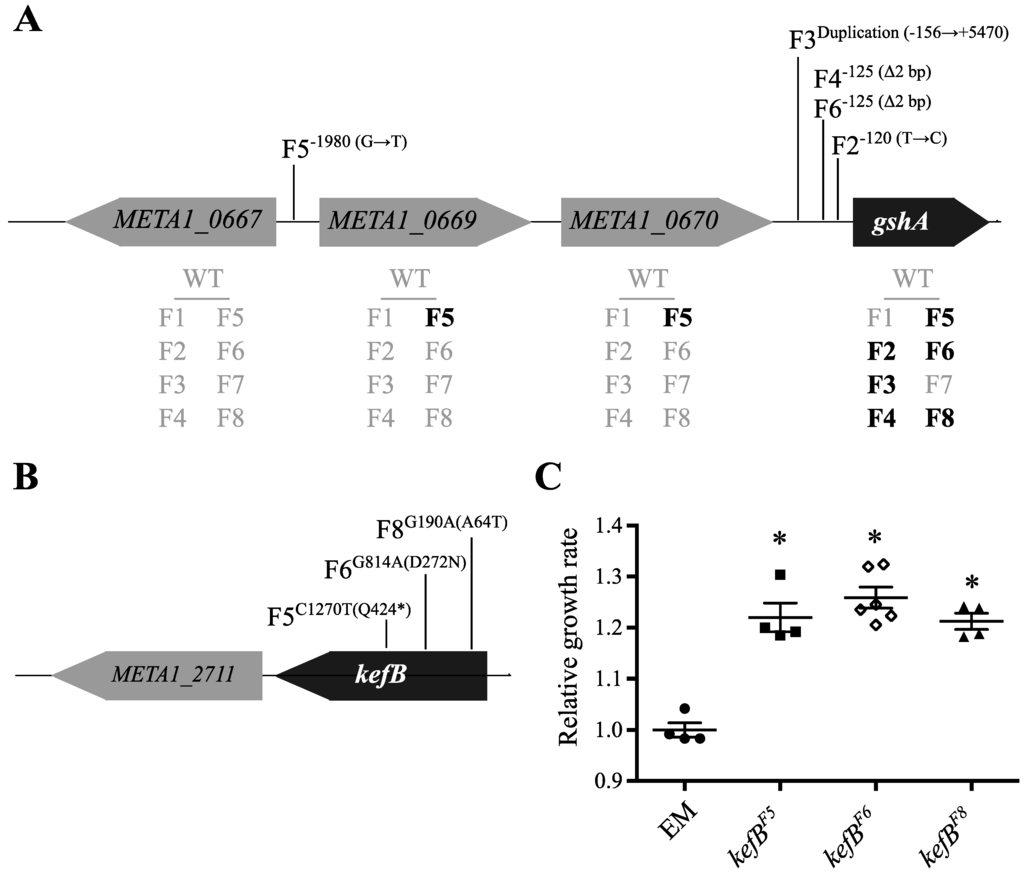