The use of morphing components on aerospace structures can greatly increase the versatility of an aircraft. This paper presents the design, manufacturing and testing of a new kind of adaptive airfoil with actuation through Shape Memory Alloys (SMA). The developed adaptive flap system makes use of a novel actuator that employs SMA wires in an antagonistic arrangement with a Post-Buckled Precompressed (PBP) mechanism. SMA actuators are usually used in an antagonistic arrangement or are arranged to move structural components with linearly varying resistance levels similar to springs. Unfortunately, most of this strain energy is spent doing work on the passive structure rather than performing the task at hand, like moving a flight control surface or resisting air loads. A solution is the use of Post-Buckled Precompressed (PBP) actuators that are arranged so that the active elements do not waste energy fighting passive structural stiffnesses. One major problem with PBP actuators is that the low tensile strength of the piezoelectric elements can often result in tensile failure of the actuator on the convex face. A solution to this problem is the use of SMA as actuator material due to their tolerance of tensile stresses. The power consumption to hold deflections is reduced by approximately 20% with the Post-Buckled Precompressed mechanism. Conventional SMAs are essentially non-starters for many classes of aircraft due to the requirement of holding the flight control surfaces in a given position for extremely long times to trim the vehicle. For the reason that PBP actuators balance out air and structural loads, the steady-state load on the SMAs is essentially negligible, when properly designed. Simulations and experiments showed that the SMAPBP actuator shows tip rotations on the order of 45°, which is nearly triple the levels achieved by piezoelectric PBP actuators. The developed SMAPBP actuator was integrated in a NACA0012 airfoil with a flexible skin to carry out wind tunnel tests. View Full-Text
Keywords: smart airfoil; shape memory alloy; post-buckled precompressed smart airfoil; shape memory alloy; post-buckled precompressed
►▼ Show Figures 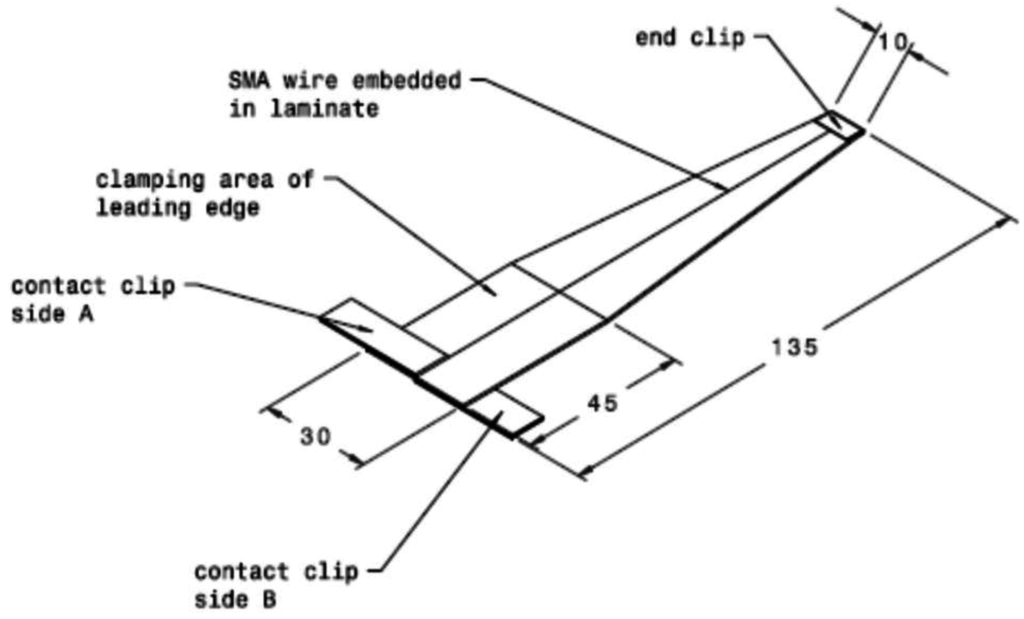