What Is Our Current Understanding of PrPSc-Associated Neurotoxicity and Its Molecular Underpinnings?
Previous Article in Journal

How do PrPSc Prions Spread between Host Species, and within Hosts?

Horses are critically important for Mongolian herders’ livelihoods, providing transportation and food products, and playing important cultural roles. Equine influenza virus (EIV) epizootics have been frequent among Mongolia’s horses, with five occurring since 1970. We sought to estimate the prevalence for EIV infection among horses and Bactrian camels with influenza-like illness between national epizootics. In 2016–2017, active surveillance for EIV was periodically performed in four aimags (provinces). Nasal swabs were collected from 680 horses and 131 camels. Seven of the horse swabs were “positive” for qRT-PCR evidence of influenza A (Ct value ≤ 38). Two more were “suspect positive” (Ct value > 38 and ≤ 40). These nine specimens were collected from four aimags. None of the camel specimens had molecular evidence of infection. Despite serial blind passage in Madin-Darby Canine Kidney cells (MDCK) cells, none of the nine horse specimens yielded an influenza A virus. None of the 131 herder households surveyed had recently vaccinated their horses against EIV. It seems likely that sporadic EIV is enzootic in multiple Mongolian aimags. This finding, the infrequent use of EIV vaccination, periodic prevalence of highly pathogenic avian influenza, and the mixing of domestic and wild equid herds suggest that Mongolia may be a hot spot for novel EIV emergence. View Full-Text
Keywords: Bactrian camels; equine influenza; Mongolia; pastoralism Bactrian camels; equine influenza; Mongolia; pastoralism
►▼ Show Figures 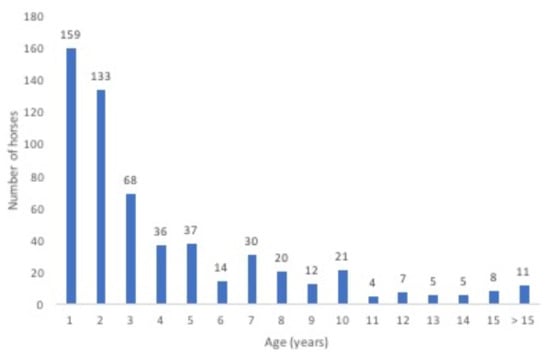