Fasciola hepatica: Histology of the Reproductive Organs and Differential Effects of Triclabendazole on Drug-Sensitive and Drug-Resistant Fluke Isolates and on Flukes from Selected Field Cases

Disruptions of Host Immunity and Inflammation by Giardia Duodenalis: Potential Consequences for Co-Infections in the Gastro-Intestinal Tract

Giardia duodenalis (syn. G. intestinalis, or G. lamblia) is a leading cause of waterborne diarrheal disease that infects hundreds of millions of people annually. Research on Giardia has greatly expanded within the last few years, and our understanding of the pathophysiology and immunology on this parasite is ever increasing. At peak infection, Giardia trophozoites induce pathophysiological responses that culminate in the development of diarrheal disease. However, human data has suggested that the intestinal mucosa of Giardia-infected individuals is devoid of signs of overt intestinal inflammation, an observation that is reproduced in animal models. Thus, our understanding of host inflammatory responses to the parasite remain incompletely understood and human studies and experimental data have produced conflicting results. It is now also apparent that certain Giardia infections contain mechanisms capable of modulating their host’s immune responses. As the oral route of Giardia infection is shared with many other gastrointestinal (GI) pathogens, co-infections may often occur, especially in places with poor sanitation and/or improper treatment of drinking water. Moreover, Giardia infections may modulate host immune responses and have been found to protect against the development of diarrheal disease in developing countries. The following review summarizes our current understanding of the immunomodulatory mechanisms of Giardia infections and their consequences for the host, and highlights areas for future research. Potential implications of these immunomodulatory effects during GI co-infection are also discussed. View Full-Text
Keywords: Giardia duodenalis; host-parasite interactions; diarrheal disease; inflammation; immunomodulation Giardia duodenalis; host-parasite interactions; diarrheal disease; inflammation; immunomodulation
►▼ Show Figures 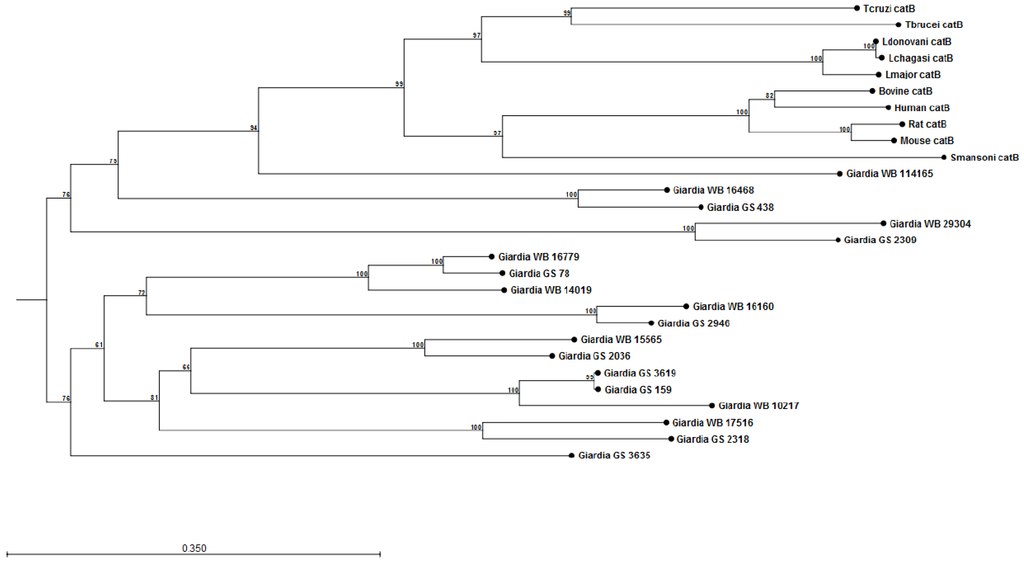