Going by an English Name: The Adoption and Use of English Names by Young Taiwanese Adults
Previous Article in Journal

Some Voices from Italian Youth on Well-Being: How to Cope with Job Insecurity?

Although local context is considered a key factor shaping differences in the age at marriage between spouses, spatially explicit investigations of the gender gap in marriage timing were scarce in Europe, especially in more traditional societies. The present study analyses the spatial distribution of the gender age gap at marriage in Greece, a country experiencing a late demographic transition compared with other European societies. Analysis of prefecture-level data between 1980 and 2017 indicates a continuous increase in the age at marriage, with a moderate reduction in the gender age gap (5 and 3 years respectively in 1980 and 2017). While in the early 1980s age differentials at marriage between men and women diverged in rural and urban areas, a reduced gender gap and greater spatial heterogeneity were observed in 2017, indicating social modernization in most rural communities. These findings highlight the role of local contexts in shaping attitudes toward marriage postponement in Greece, suggesting that the spatial diffusion of marriage homogamy—as an indicator of social change—is influenced by the emergence of ‘permeable’ and ‘resistant’ communities with characteristic socioeconomic profiles. Going beyond the traditional urban–rural divide, space has become an important mediator of gender power dynamics, evidencing the progressive fragmentation of social processes and the increasing heterogeneity of the related demographic patterns at the local community scale. Spatial analysis contributes to delineate such complex processes, integrating results from approaches that assess individual behaviors with a refined investigation of macro-scale patterns of change. View Full-Text
Keywords: local context; traditional societies; attitudes toward marriage; indicators; spatial analysis; Mediterranean region local context; traditional societies; attitudes toward marriage; indicators; spatial analysis; Mediterranean region
►▼ Show Figures 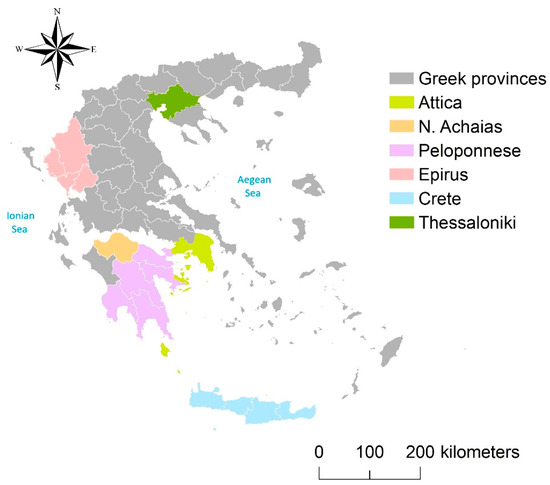