The Misunderstanding of Social Insurance: The Inadequacy of the Basic Pension Insurance for Urban Employees (BPIUE) for the Aging Population of China
Next Article in Special Issue

Dynamics in the Field of Museums: Contemporary Challenges for Polish Museologists

Dynamics of Volunteering and Life Satisfaction in Midlife and Old Age: Findings from 12 European Countries

:
A growing literature shows that doing voluntary work not only helps the wider community but can also improve one’s own well-being. To date, however, few studies have examined the relationship between volunteering and well-being in non-US and especially in comparative data. We study this relationship using two waves of data of 18,559 individuals aged 50 and above from 12 European countries. We analyze life satisfaction impacts of change and stability in volunteering status and in the intensity (frequency) of volunteering, and explore whether these impacts differ according to life stage (age, employment status) and across countries with different norms and supports for voluntarism. Findings show that net life satisfaction is higher among longer-term, recent, and former volunteers than among stable (long-term) non-volunteers. There are no significant life satisfaction differences between the three groups with volunteer experience. Equally, similar levels of life satisfaction are observed among people who have increased and decreased their frequency of volunteering. It thus seems to be the experience and not the dynamics (i.e., change or persistence) of volunteering that is associated with well-being. Findings further suggest life course variation in the association between volunteering and well-being, as the relationship is stronger for older and long-term non-employed (mostly retired) individuals than for their middle-aged and working counterparts. The relationship is also stronger in countries where volunteering is less common and less institutionally supported.
Keywords:
volunteering; older adults; life satisfaction; Europe

This study combines harmonized data from two datasets: the Survey of Health, Ageing and Retirement (SHARE) and the Norwegian study on Life course, Ageing, and Generation (NorLAG). SHARE has a representative sample of the population aged 50 and over in Sweden, Denmark, the Netherlands, Belgium, France, Germany, Austria, Switzerland, Spain, Italy, and Greece (Börsch-Supan 2017; Börsch-Supan et al. 2013). We use data from the first wave (w1) and second wave (w2) of SHARE, collected in 2004–2005 and 2006–2007, respectively. Of the original w1 sample, 66% (n = 18,742) participated in both waves. All data are collected by face-to-face, computer-aided personal interviews (CAPI), supplemented by a self-completion paper-and-pencil questionnaire. NorLAG comprises representative data of Norwegians aged 40–80 (at w1). Data were collected in 2002–2003 (w1) and 2007–2008 (w2) by means of a combination of phone interview, postal questionnaire, and registry information (Slagsvold et al. 2012). The w1 response rate was 67% (n = 5559), of which 72% (n = 3796) took part at w2 (combined response rate 48%). Together the analytical sample comprises longitudinal information about 18,559 respondents (16,953 from SHARE and 1606 from NorLAG) aged above 50 from 12 countries (listwise deletion).

To account for factors that may influence simultaneously life satisfaction and volunteering, we include in the analysis a set of control variables (for an overview of the association of socio-demographic and other factors with volunteering, see (Wilson and Musick 1997)). We control for age and gender, and for change in partnership status (yes/no), as partnered individuals have been shown to do voluntary work more often than their non-partnered counterparts (ibid.). We also control for socioeconomic status (SES), which tends to be positively linked with volunteering (ibid.). SES is indicated by education (high = tertiary) and subjective financial situation at w2 (ability to make ends meet, 1–4). We control also for change in employment status (working/non-working) from w1 to w2. Work status is included as a control because volunteering may compete with paid work for individuals’ time and effort.
Health may interfere with people devoting time and effort to volunteering. We therefore account for change in subjective health and functional health. Subjective health, or self-rated general health status, is measured with the response categories ranging from poor (1) to excellent (5). We also measure longitudinal change (w2–w1) in subjective health. This results in the score 0 if no change occurred and positive (negative) values for improved (reduced) health. Functional health is measured as limitations with activities of daily life. SHARE asks, “For the past six months, to what extent have you been limited in your daily activities because of a health problem? Responses include severely limited, limited but not severely, and not limited. NorLAG asks, “Does your health now limit you a lot, or a little, in tasks like moving a table, vacuuming, walking, or gardening?” Individuals are classified as “limited” if they report at least some limitations (“limited but not severely” in SHARE and “a little” in NorLAG). Scores are categorized into: no limitations in both waves; no limitations at w1, limitations at w2; limitations in both waves; and limitations at w1, no limitations at w2.
The covariates also include an indicator of psychological well-being at w1, a measure of depressive symptoms to control for baseline well-being (results are similar when we use a single-item measure of happiness; not shown). Depressive symptoms is measured using the z-standardized scores on two similar depression scales: for SHARE the EURO-D scale (Prince et al. 1999) and for NorLAG the 20-item Center for Epidemiologic Studies Depression scale (Radloff 1977). We also include “time between waves” to control for country differences in the time span between data waves.
We use information about country-level rate of volunteering and social spending. Countries are classified as low, medium, and high (based on tertiles) in terms of social spending (measured in US dollars per capita) and rate of volunteering (see Table 1 below). This information is derived from OECD (2016) and European Values Survey (EVS 2016).

Our findings indicate that people who are currently or previously involved with volunteering report higher well-being than people without such experience. This pattern is more pronounced with older age and in countries where volunteering is less common and less institutionally supported. Although we cannot rule out the possibility of causation mechanisms, there seems to be more support for the notion that volunteering is selective of individuals who already have high well-being. While some observers have claimed that greater community involvement is a win–win situation, benefiting not only the wider community but also the volunteers, this study and prior studies suggest more caution is needed.

The authors together conceived of the idea of the paper. T.H. reviewed the literature and wrote the paper (except Methods). C.D. wrote the methodology, harmonized the data, and conducted the analyses. B.S. and M.A. acquired funding for the project and commented on drafts of the paper. 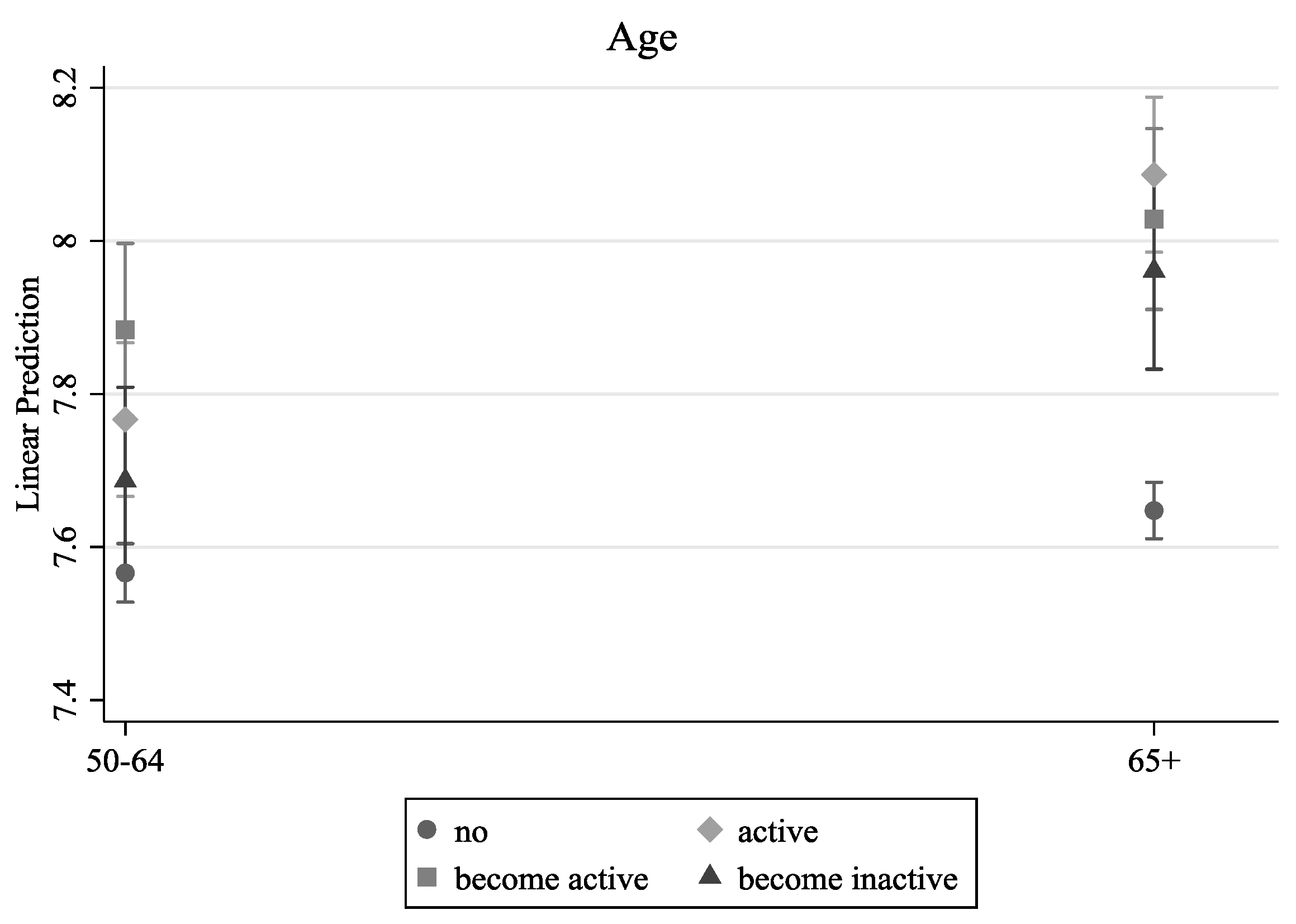 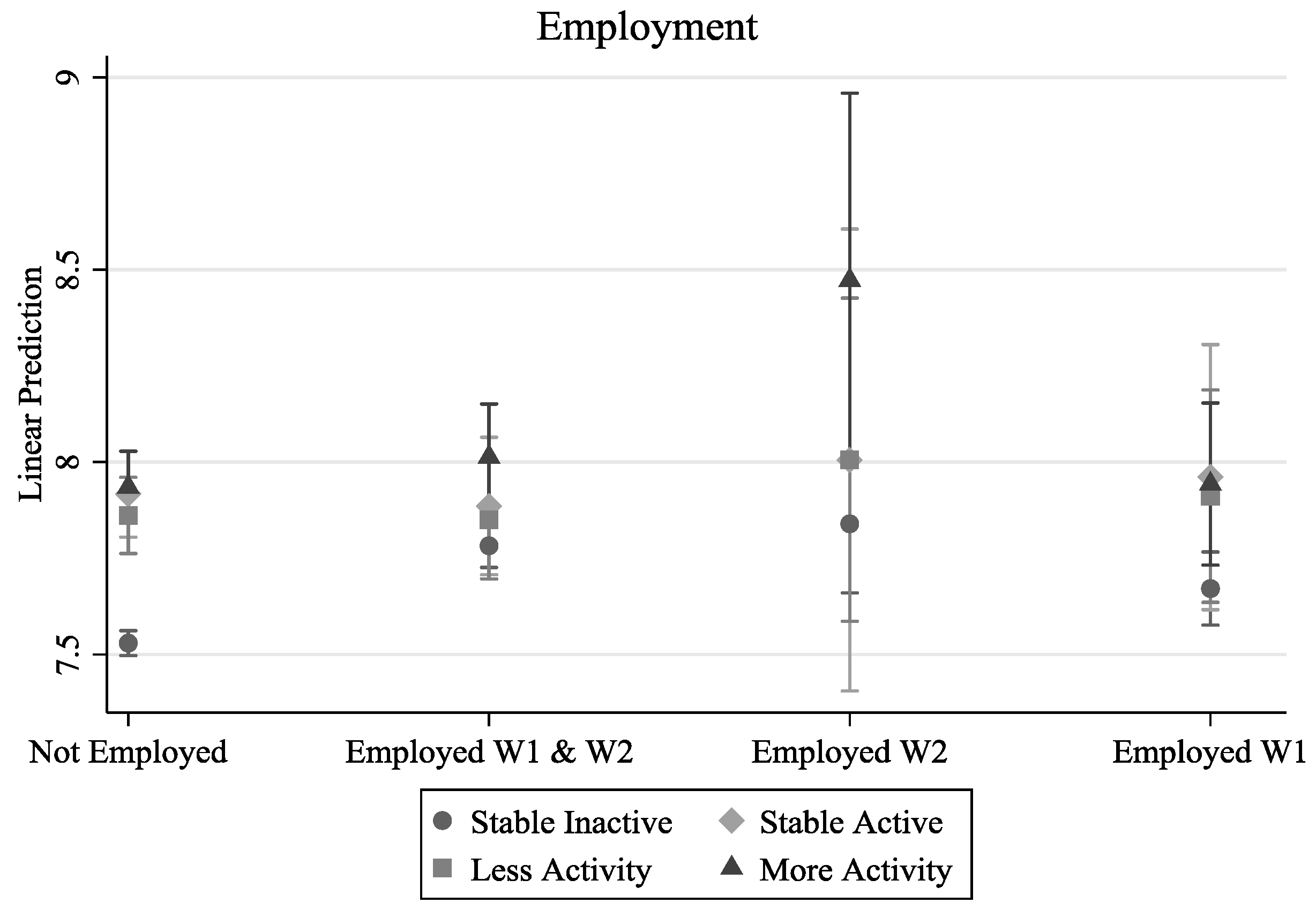 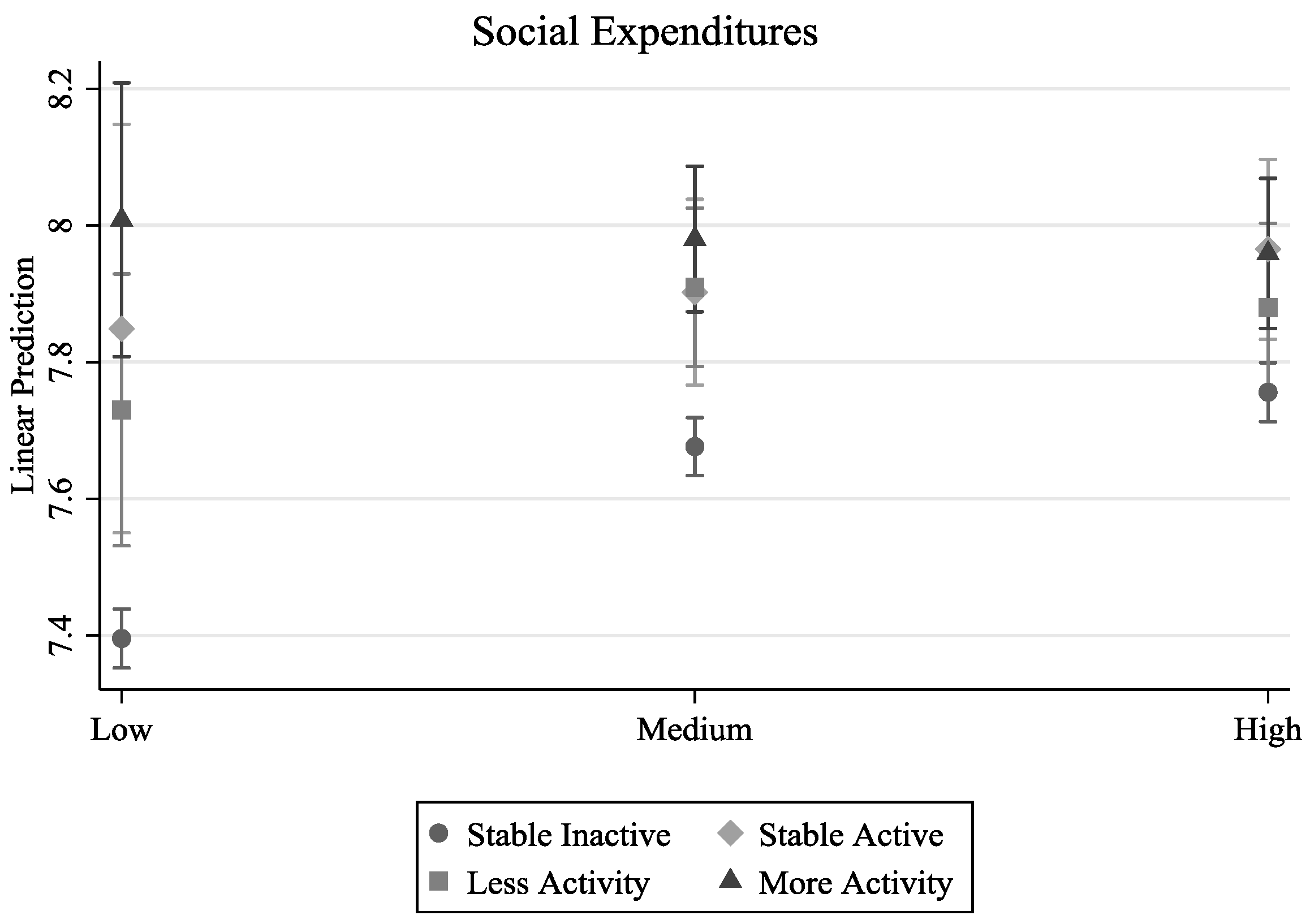 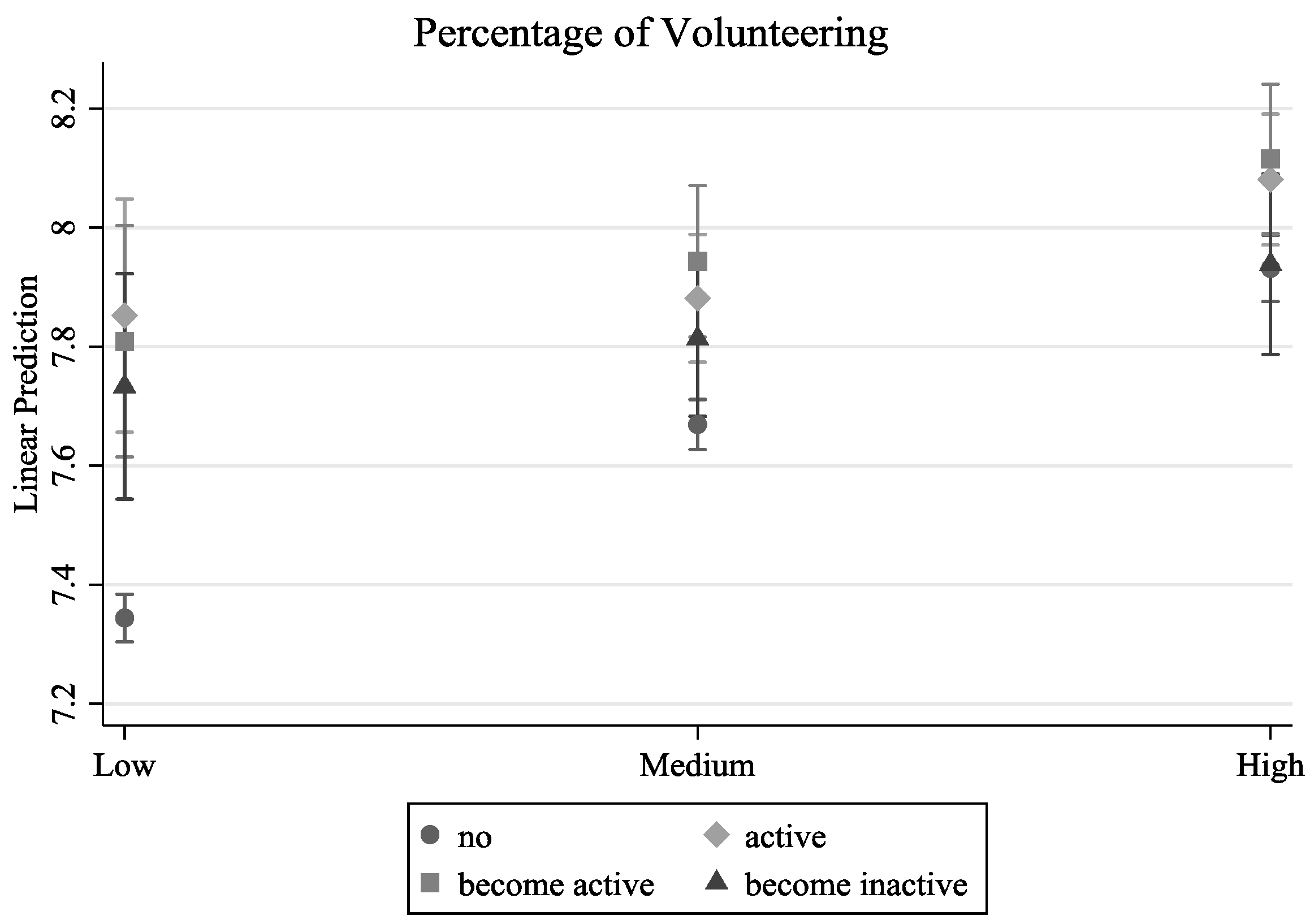