Entry and Degree Attainment in STEM: The Intersection of Gender and Race/Ethnicity
Previous Article in Journal

Mobilizing Conflict Testimony: A Lens of Mobility for the Study of Documentary Practices in the Kashmir Conflict

Considering the recent struggle in the Ghanaian health sector, Ghanaian policy makers and donor agencies are confronted with rethinking how the health sector can be funded and sustained. In Ghana, where budgetary decisions are heavily contested and politically expensive, one option available to the government may be to raise taxes or user fees to allow for increased spending on public health care. Using Afrobarometer 2014/2015 round six survey data, this study examined whether Ghanaians would support or oppose paying higher taxes or user fees in order to increase government spending on public health care. In this study, Cross tabulation, correlation, and multiple linear regression analysis were performed to examine whether Ghanaians willingness to pay or not to pay higher tax is correlated with demographic factors, access to health services, perceptions of health care, government performance, and perceived official corruption. Findings from this study indicate that only (35%) of respondents support the payment of higher taxes or user fees even though many Ghanaians have difficulties in accessing better health and medical care. More importantly, findings from the correlation and a multiple linear regression analysis indicate that, Ghanaians support for or opposition to higher taxes/fees are powerfully influenced by perceptions of government’s performance and trustworthiness (President’s performance = 0.136**; MP performance = 0.130**; leaders serving their own interest = 0.085**; trust President = 0.147**; trust Parliament = 0.121**; trust tax department = 0.136**) rather than sociodemographic factors or difficulties in obtaining health care as well as going without medical care. Also, corruption in the Office of the President and among tax officials showed negative association with paying of higher taxes (corruption at the tax department, −0.021; p-value = 0.003 and corruption at the Office of the President, −0.005; p-value = 0.001). Therefore, improving popular access to information about taxes people owe and public spending, while reducing corruption and misuse of public monies, will help encourage voluntary compliance and enhance the government’s revenue generation in Ghana. View Full-Text
Keywords: health care financing; higher taxes; policy; public health care; Ghana health care financing; higher taxes; policy; public health care; Ghana
►▼ Show Figures 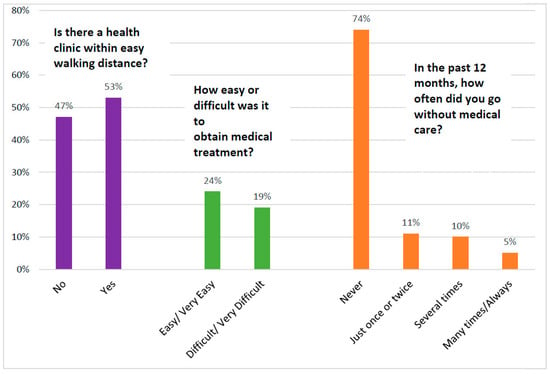