When Care and Concern Are Not Enough: School Personnel’s Development as Allies for Trans and Gender Non-Conforming Students
Next Article in Special Issue

The #nofilter Self: The Contest for Authenticity among Social Networking Sites, 2002–2016

This study traces appeals to authenticity, over time, in the promotional material of leading social-networking sites (SNSs). Using the Internet Archive’s Wayback Machine, the public-facing websites of major SNS platforms—beginning with Friendster in 2002—were sampled at six-month intervals, with promotional language and visuals examined for authenticity claims. The authors tracked these appeals, with attention to changes in promotional copy, through to July 2016, among the most popular social media services (as determined by English-language web presence and active monthly user figures or, when unavailable, reported network size). The study found that nearly all SNSs invoked authenticity—directly or through language like “real life” and “genuine”—in their promotional materials. What stood out was the profoundly reactive nature of these claims, with new services often defining themselves, openly or implicitly, against legacy services’ inauthenticity. A recurring marketing strategy, in other words, has been to call out competitors’ phoniness by substituting (and touting) some other, differently grounded mode of authenticity. Since the affordances of social sites, even those touting evanescence or anonymity, make them vulnerable to similar charges, the cycle gets replayed with numbing regularity. View Full-Text
Keywords: authenticity; Facebook; self; Snapchat; social media; social networking; subjectivity; Twitter authenticity; Facebook; self; Snapchat; social media; social networking; subjectivity; Twitter
►▼ Show Figures 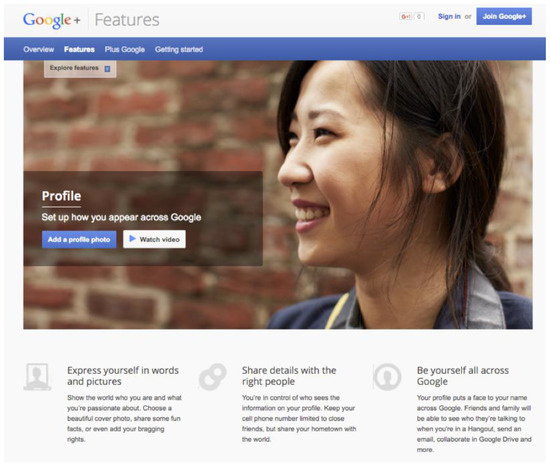