What Does Developing a Ranking of Leading Contemporary Art Galleries Unveil about the Importance of the National Factor? An Analysis of Art Basel Art Fair
Previous Article in Journal

:
The Geneva Free Port in Switzerland has paved the way for a new generation of art and luxury free ports. These are critical spatial pivots for the management of art assets, including storage and transactions of artworks, and serve as proxy to examine mechanisms for the capture and generation of value, integral but also outside the global art market. Drawing from the trajectory of the Geneva Free Port and an interdisciplinary body of scholarship on “offshore” and other special zones of production, and value circulation in human geography, anthropology, history, and sociology, this article frames free ports in a longer genealogy of offshore capitalism. First, we claim that the emergence of the Geneva Free Port prefigures and helps illuminate contemporary transformations in offshore capitalism; second, these spaces are more deeply imbricated with public and state authorities than previously suggested. Finally, a holistic understanding of art capital—works of art for investment and asset management—requires an encompassing view of free ports not as accidental and exceptional features in the world of high art but as spaces deeply implicated in the creation and operation of the art market more generally.
Keywords:
free port; offshore capitalism; art market; globalization; Geneva; value creation; tax evasion; art capital

2. Art Capital and the Globalization of Finance, Production, and Space

5. The Art of Statecraft

‘sensed a move toward increased regulation … [t]hat is when we first conceived the idea of the FreePort in Singapore … [h]ere, goods can stay in transit indefinitely without entering the country. Unlike Switzerland, no duty is ever levied here, no estimated V.A.T. deposited, and no customs inventory drawn up’ … the nature of the goods stored in the FreePort, their value, the identity of their owner, and any transaction within its walls remain confidential.
(Lankarani 2009)

A business model premised on a juridico-political regime that enshrines confidentiality and advantageous taxation arrangements can suffer when regulation strives to fetter it. Le Freeport in Luxembourg has already been impacted by the adoption of the EU AMLD V directive: the occupancy rate is underperforming; some existing clients simply refused to declare the object’s ultimate beneficial owners and took their business elsewhere (Korver et al. 2018). Perhaps in an attempt to assuage the threat that the Ministry of Economics and the Ministry of Finance might have second thoughts about the project, Le Freeport Luxembourg has strategically placed a former Minister of Economic Affairs and a former senior official from the Ministry of Finance and Foreign Affairs on its Board of Directors (Weeks 2020). The dynamic multiscalar interplay between the regulatory power of the state and these free ports can lead to unintended results. It has provided the impetus for the free port business model to seek safe harbor in more friendly waters abroad. Above all, what this illustrates is that these extraordinary regulatory spaces are not severed from state power but are dynamically entangled with it.

6. Representing and Capitalizing on the Global High Arts World

From Geneva to Luxembourg or Singapore, free ports designed for art storage are an increasingly ubiquitous presence in the global art market. Rather than a by-product of a bourgeoning class of super-wealthy investors in search of a location to park their assets with a preferential tax treatment regime, free ports are created through state power, networks of social prestige, and capitalist development. These extraordinary spaces instrumentalize advantageous juridico-political regimes to generate and retain fantastic wealth while occluding the linkages and specific operations necessary to keep and shelter this power and wealth. Though mythologized as islands of value, we suggested, these spaces are constitutive of the mundane operations of offshore capitalism; the mythologizing image of demarcated power and delegated sovereignty which they evoke, moreover, functions to capitalize on art as an asset.
Free ports materialize the intertwined dynamics of art as capital in offshore capitalism as nodes of social and political relations. As such, they are not static nor predetermined spatiotemporal phenomena that cannot be changed. Their contents should continuously be interpellated as art that is accumulated as asset. As filmmaker and artist Hito Steyerl put it, “[e]ven the duty-free art in the freeport storage spaces is not duty free. It is only tax-free. It has the duty of being an asset … Art’s conditions of possibility are no longer just the elitist ‘ivory tower,’ but also the dictator’s contemporary art foundation, the oligarch’s or weapons manufacturer’s tax-evasion scheme, the hedge fund’s trophy, the art student’s debt bondage, leaked troves of data, aggregate spam, and the product of huge amounts of unpaid ‘voluntary’ labor—all of which results in art’s accumulation in freeport storage spaces” (Steyerl 2017, p. 174). This process is not immune to the globalization of art as it becomes increasingly connected to global markets, as John Zarobell reminds us, and which “has transformed every aspect of exhibition, sale, and production in the process” (Zarobell 2017, p. 5).
Finally, the Geneva Free Port emerges at once as exemplary of the broader movement toward high art storage and the valorization of art capital with the mundane operations of art storage in the historical process leading up from warehouse to a bunker for high art. The paradoxical nature of these spaces, in the end, may well reside in its existence as an extraordinary regulatory status–emblematic of offshore capitalism though contingent upon the state for its creation and regulation–that is quite ordinary in its ubiquity. It remains to be seen if the pragmatics of capital accumulation will reign supreme, albeit inherently unstable, as the Mission statement of the Geneva Free Ports and Warehouses company matter-of-factly asserts: “To fulfil its mission, the Company should remain profitable” (Ports Francs et Entrepôts de Genève SA 2019).

The article was co-researched and co-written. E.P. and F.C. contributed to the conceptualization, research, original draft preparation, review and editing. Both authors have read and agreed to the published version of the manuscript.

This research was partially funded by the Swiss National Science Foundation for the project Transparency: Qualities and Technologies of Global Gemstone Trading, grant number 10001A_173354/1.

The authors thank Atossa Araxia Abrahamian and Samuel Weeks for earlier conversations on freeports as well as Eline Benjaminsen and Bob Demper for the insightful discussions that helped make this research possible. We also thank the two anonymous reviewers for their close reading of the text and insightful suggestions. Lastly, we thank John Zarobell, Colin Chen, and the editorial team of Arts for their support. 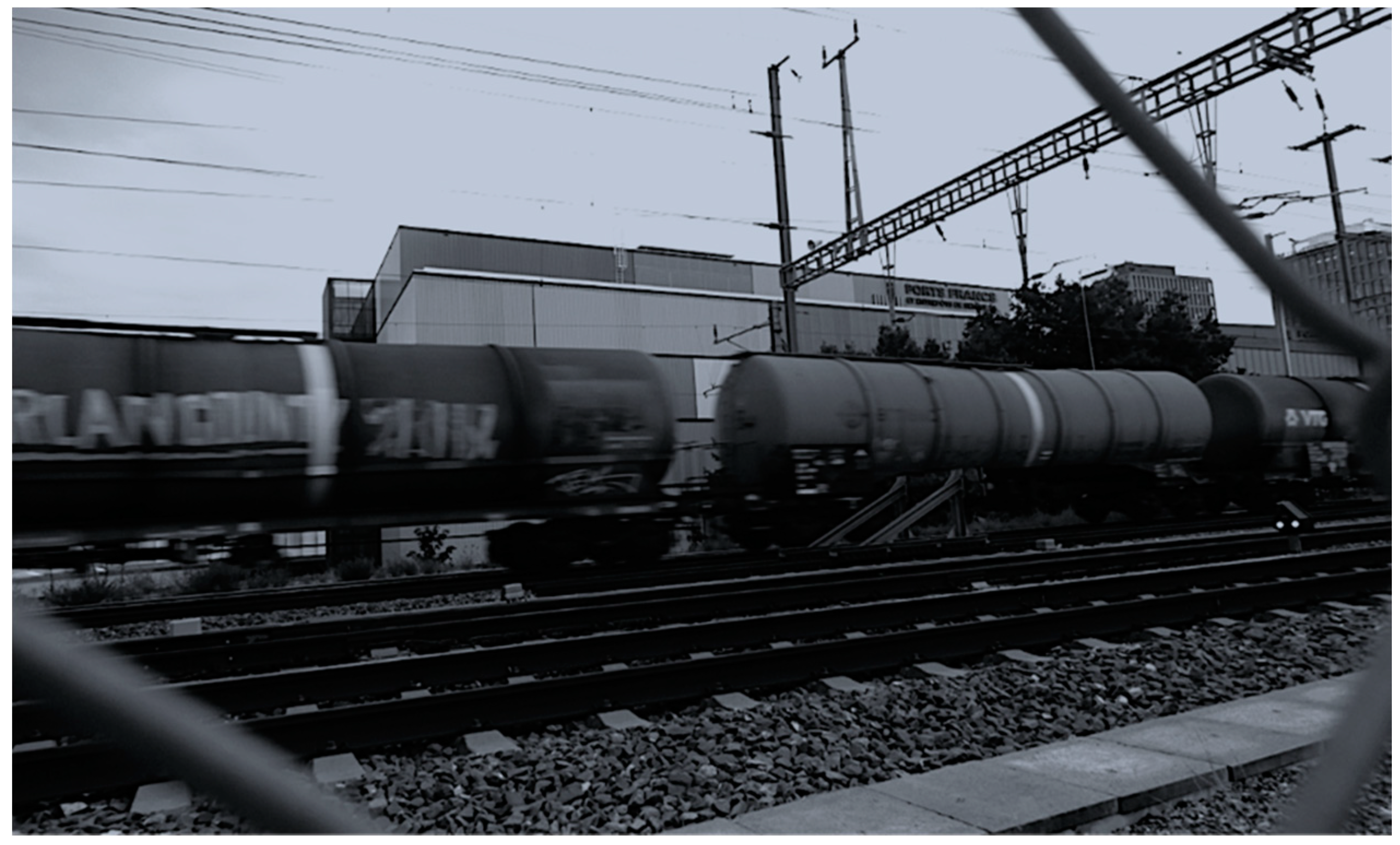