From Patricide to Patrilineality: Adapting The Wandering Earth for the Big Screen
Previous Article in Journal

Cultural “Authenticity” as a Conflict-Ridden Hypotext: Mulan (1998), Mulan Joins the Army (1939), and a Millennium-Long Intertextual Metamorphosis

Disney’s Mulan (1998) has generated much scholarly interest in comparing the film with its hypotext: the Chinese legend of Mulan. While this comparison has produced meaningful criticism of the Orientalism inherent in Disney’s cultural appropriation, it often ironically perpetuates the Orientalist paradigm by reducing the legend into a unified, static entity of the “authentic” Chinese “original”. This paper argues that the Chinese hypotext is an accumulation of dramatically conflicting representations of Mulan with no clear point of origin. It analyzes the Republican-era film adaptation Mulan Joins the Army (1939) as a cultural palimpsest revealing attributes associated with different stages of the legendary figure’s millennium-long intertextual metamorphosis, including a possibly nomadic woman warrior outside China proper, a Confucian role model of loyalty and filial piety, a Sinitic deity in the Sino-Barbarian dichotomy, a focus of male sexual fantasy, a Neo-Confucian exemplar of chastity, and modern models for women established for antagonistic political agendas. Similar to the previous layers of adaptation constituting the hypotext, Disney’s Mulan is simply another hypertext continuing Mulan’s metamorphosis, and it by no means contains the most dramatic intertextual change. Productive criticism of Orientalist cultural appropriations, therefore, should move beyond the dichotomy of the static East versus the change-making West, taking full account of the immense hybridity and fluidity pulsing beneath the fallacy of a monolithic cultural “authenticity”. View Full-Text
Keywords: Mulan; adaptation; Disney; Orientalism; cultural authenticity; cultural palimpsest; Chinese cinema Mulan; adaptation; Disney; Orientalism; cultural authenticity; cultural palimpsest; Chinese cinema
►▼ Show Figures 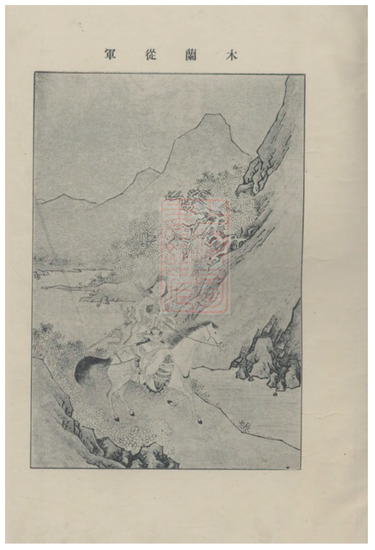