:
This article proposes a non-plural perspective on the analysis of triadic music, offering Sky Macklay’s Many Many Cadences as a case study. Part one is a discussion of the work’s harmony-voice leading nexus, followed by a discussion of the five conditions of correspondence as implied by this string quartet that articulate a single tonal identity. Part three focuses on a strictly kinematic analysis of the work’s harmonic progressions that evinces this identity and establishes its general applicability. In the final section, the data generated by this analysis conveys the inherent possibility of a single, all-encompassing kinematic, thereby pointing beyond the particularities of Many Many Cadences while informing my formal interpretation of the work.
Keywords:
triadic post-tonality; harmonic analysis; Sky Macklay; Many Many Cadences; voice-leading parsimony

2. Part I: Macklay’s Harmonic Style(s) As an Emergent Property of Voice Leading

5. Part IV: The Macklay Kinematic and a Tabular Survey of the Entire Quartet

As a wind ensemble and orchestral oboist, Sky Macklay has toured the United States and Japan, and draws upon this background as a composer. In this detailed analysis, I have explored the chord-note mapping premise of Macklay’s (2014) string quartet Many Many Cadences and its relevance to twenty-first-century musical discourse. The attributes of her manner of working, as demonstrated by the relentless perfect authentic, leading tone imperfect authentic cadences, and plagal progressions involving the explicit tonicizations of a myriad number of triads, have led me to an investigation of Tymoczko-type (i.e., idealized), “bijective” voice leadings between these triads.
Much of the harmonic rhythm in Macklay’s neoconservative postmodern string quartet is very fast, blurring any sense of discrete chord progressions. Since the composer’s priority is to aspire toward the inclusion of the pitch-class aggregate by completely soaking the musical space, both vertically and horizontally, there is a rationale for both parsimonious voice-leading transformations as well as traditional harmonic functions simultaneously. Indeed, we have seen significant evidence that a process of double inversional triadic transformation may be taking place. This points to a property specifically arising from within the domains of both tonality and post-tonality, revealing an identity of essence shared by these domains (e.g., initial tonic harmony can be defined as identical to any solitary harmony in that it has a maximum possibility for both continuation and termination). Consequently, triadic transformative harmonic practice not only embraces both complete determinism and complete chaos, it completely desegregates these two states, producing a rather exciting experience as gauged by the quinary condition, which includes but is not limited to:
The application of these guiding principles to an analysis of Macklay’s stylistically neoconservative postmodern music involved the introduction of graphical and tabular means of surveying its supervenient metatonality. For example, the so-called Macklay kinematic was designed to represent the transformational means by which triadic content is generated. The foregoing analysis of Many Many Cadences (Macklay 2014) demonstrates that purely kinematic diagrams can deepen our appreciation of its harmonic peculiarity. Although the arrows of the graphs assume such parsimony that <1> voice leading is equated with its exact inversion, namely, <e> voice leading, they suggest the synthesis of two competing standpoints (i.e., chord connections via motive versus connections via harmony and voice leading; Schoenberg versus Schenker) into a single entity. Thus, the methodology presented here—unifying the particularities of the salient harmonic characteristics of many types of triadic music within the vast and multifaceted context of the lexicon of the 24 major and minor triads—can lead to robust analyses.

I thank Sky Macklay for her support of this research, and John Latartara (Department of Music of The University of Mississippi, MS, USA), for reading an earlier draft of this article.

Appendix A. The Macklay Set Partitioned into Harmonic Classes 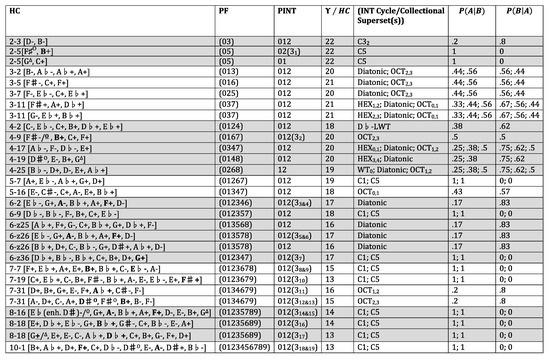 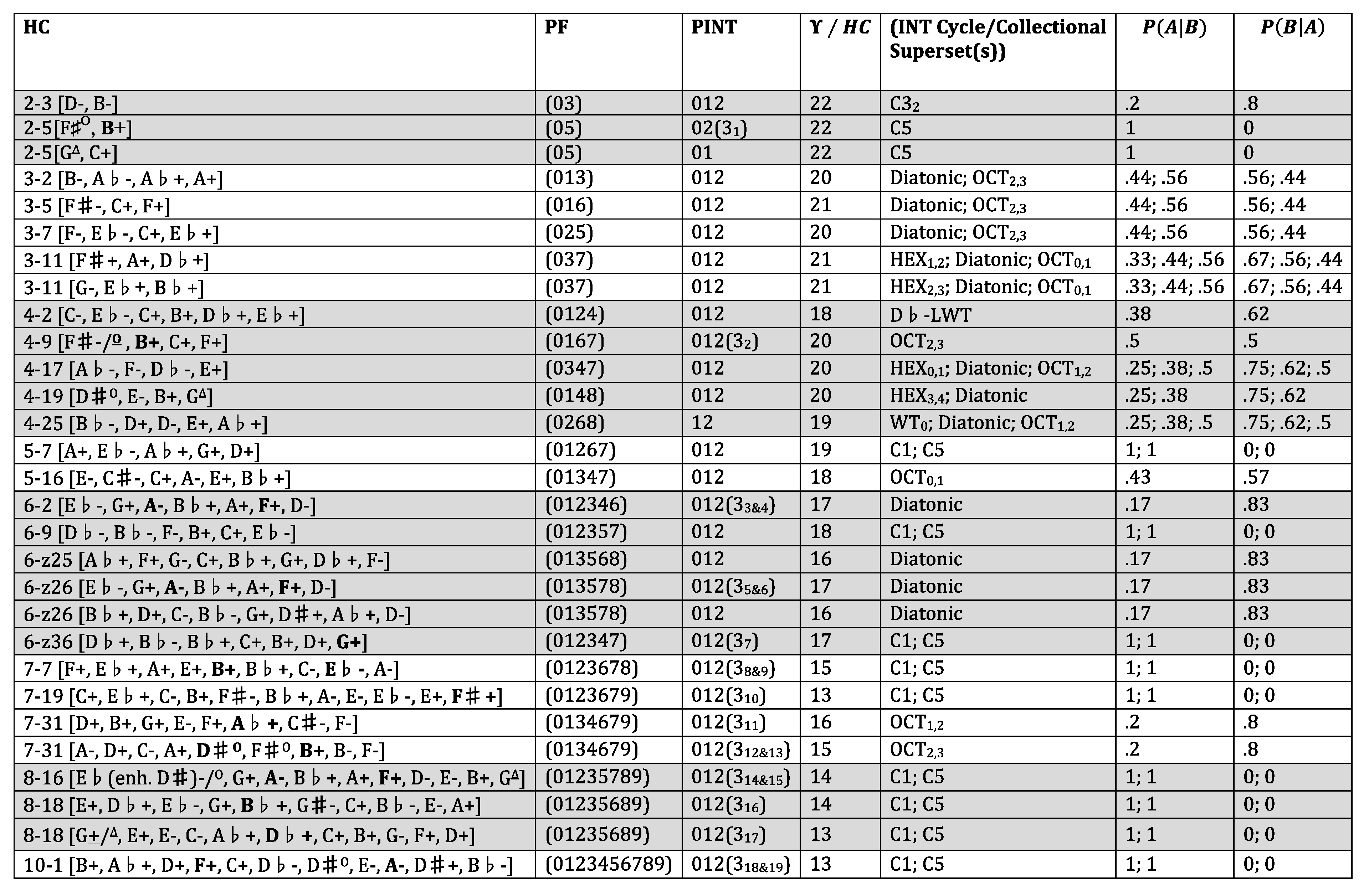 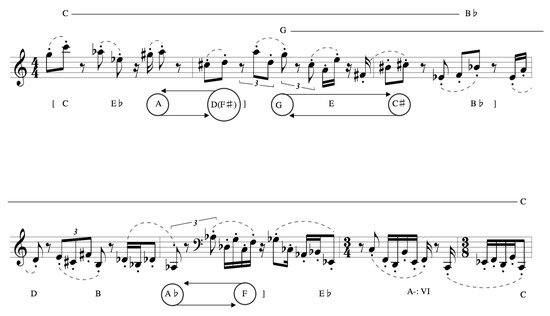 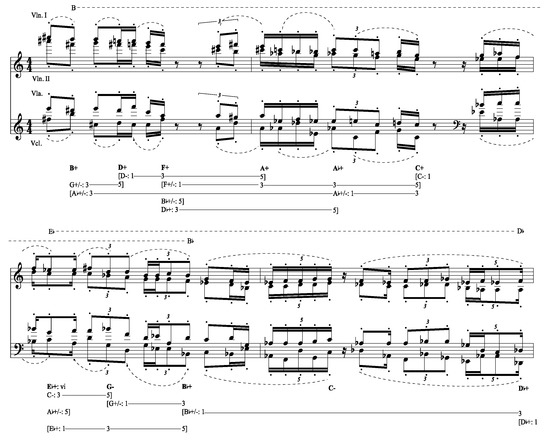 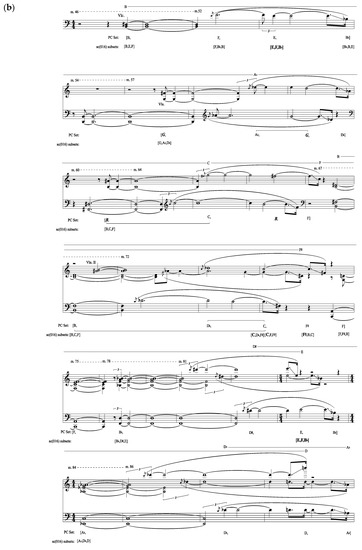 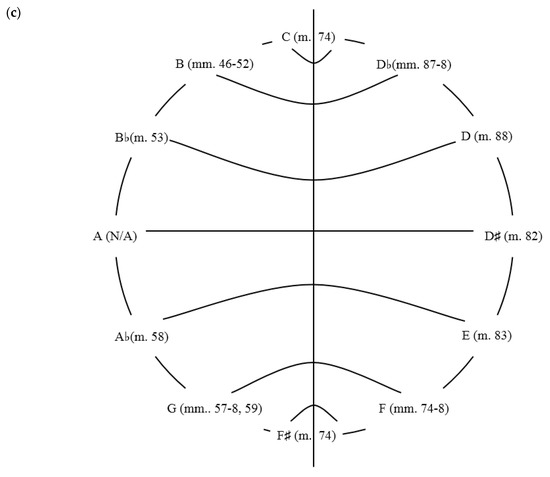 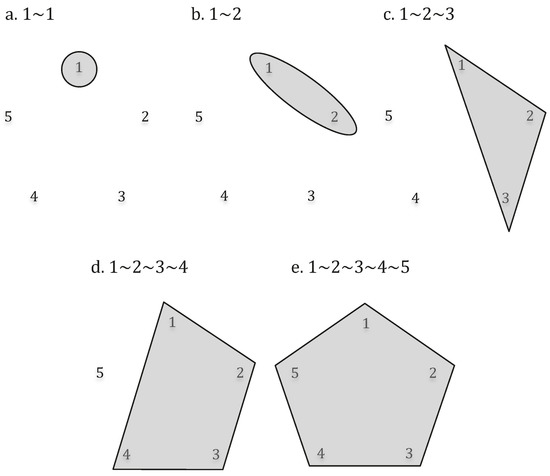 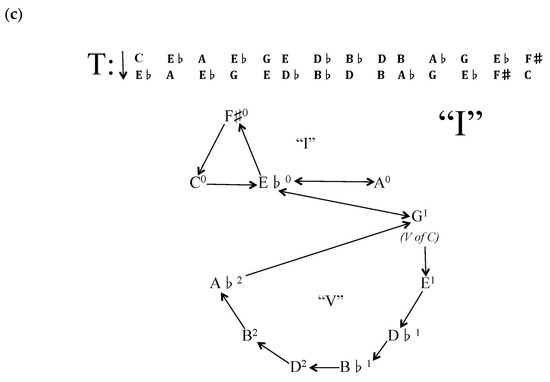 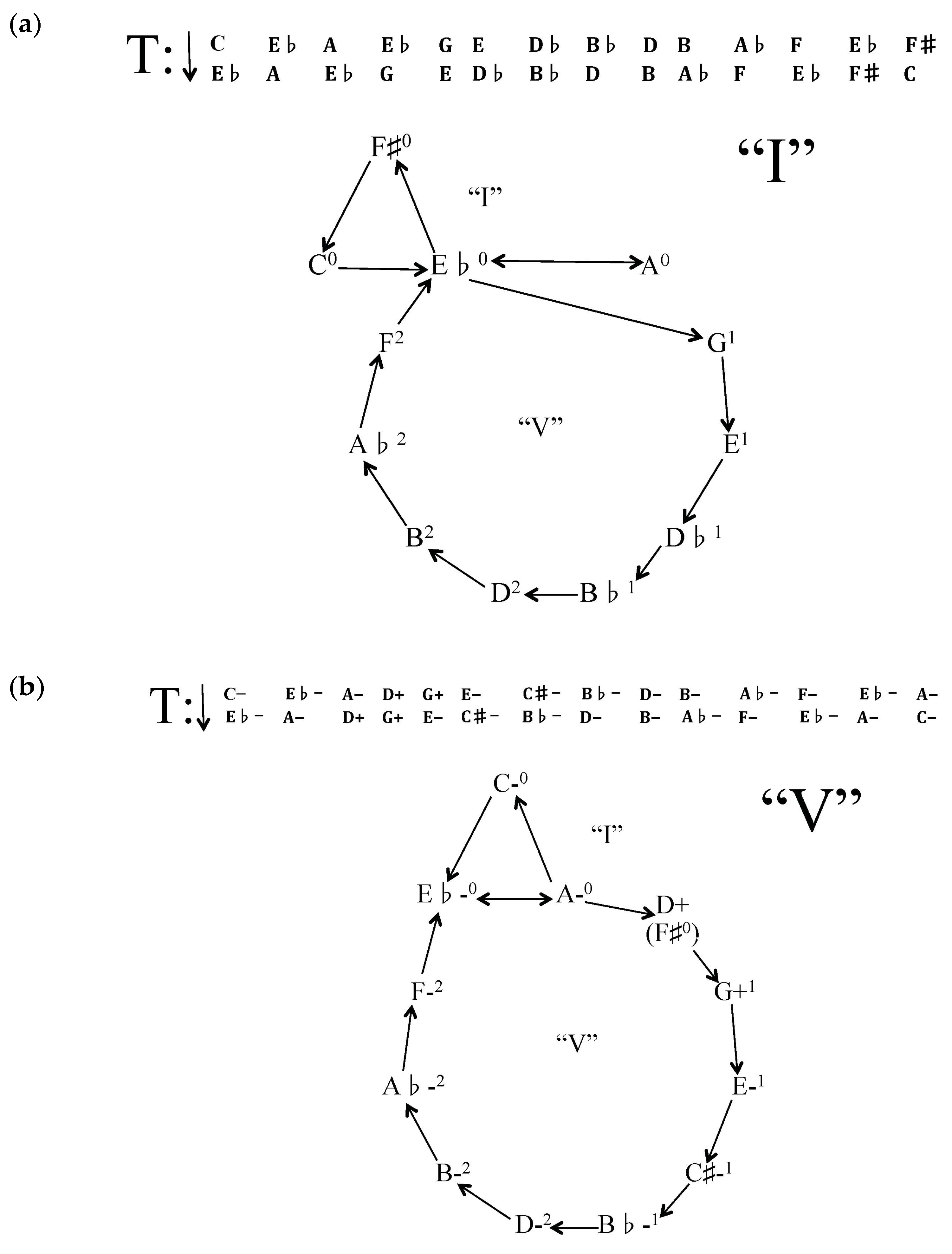 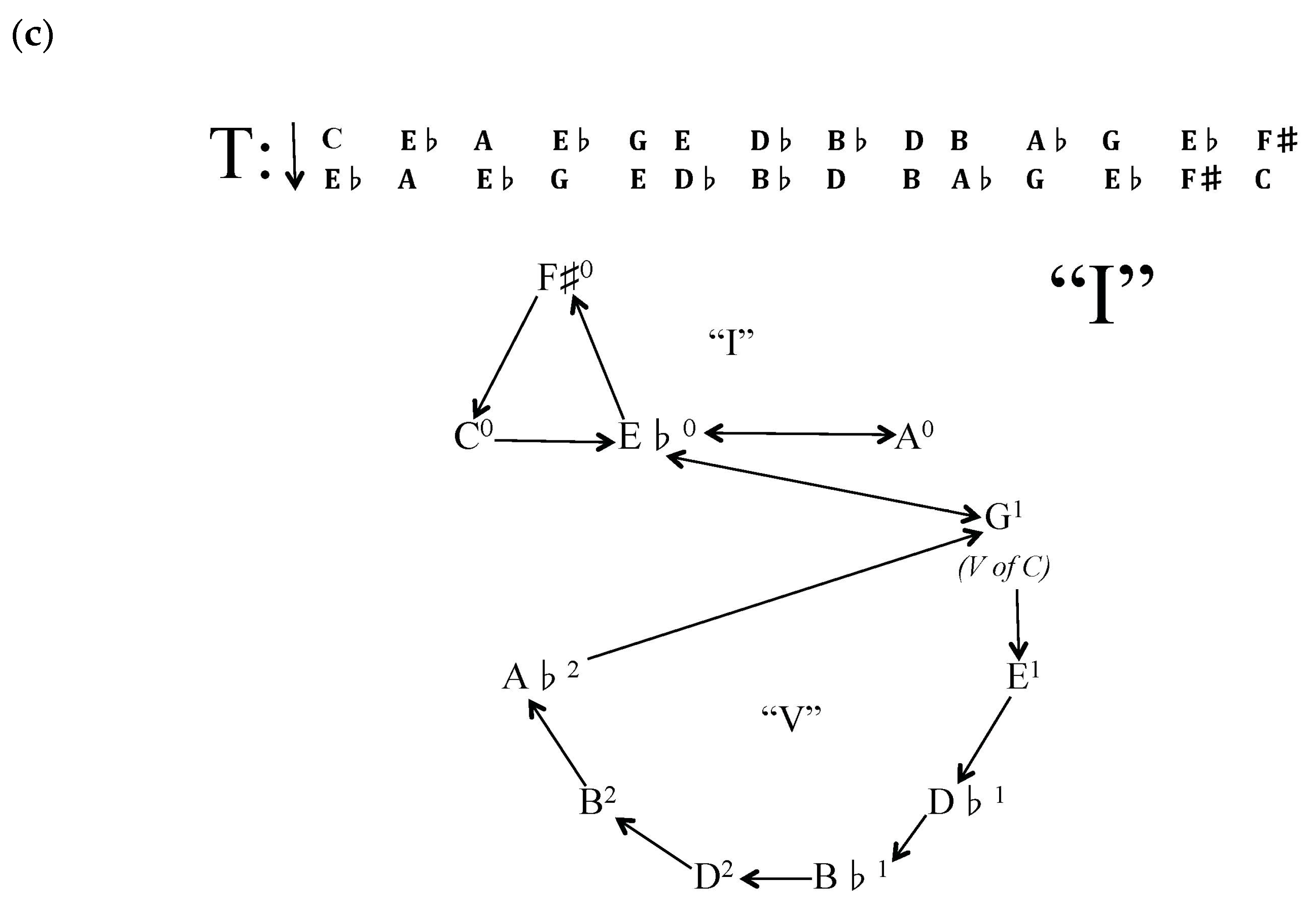 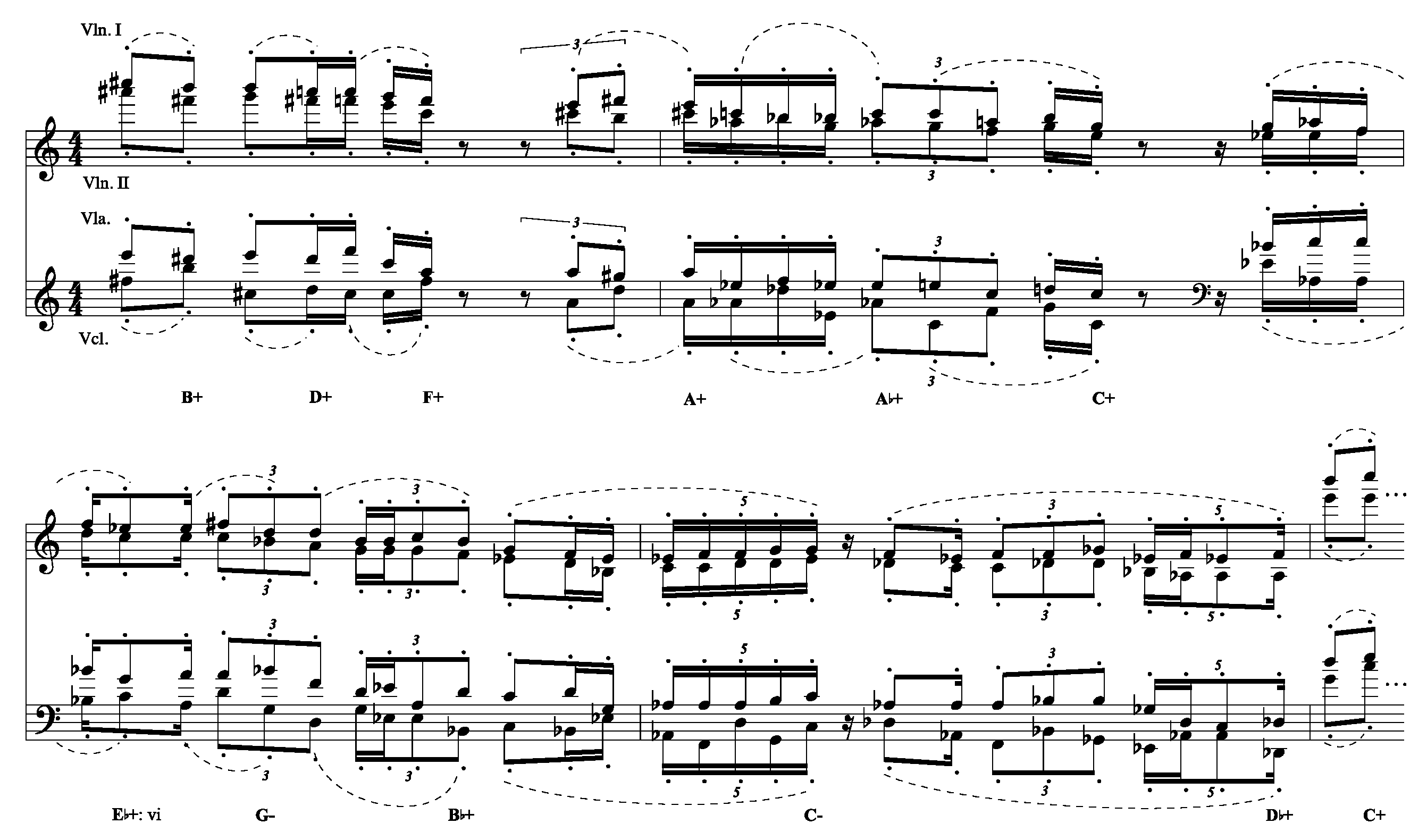 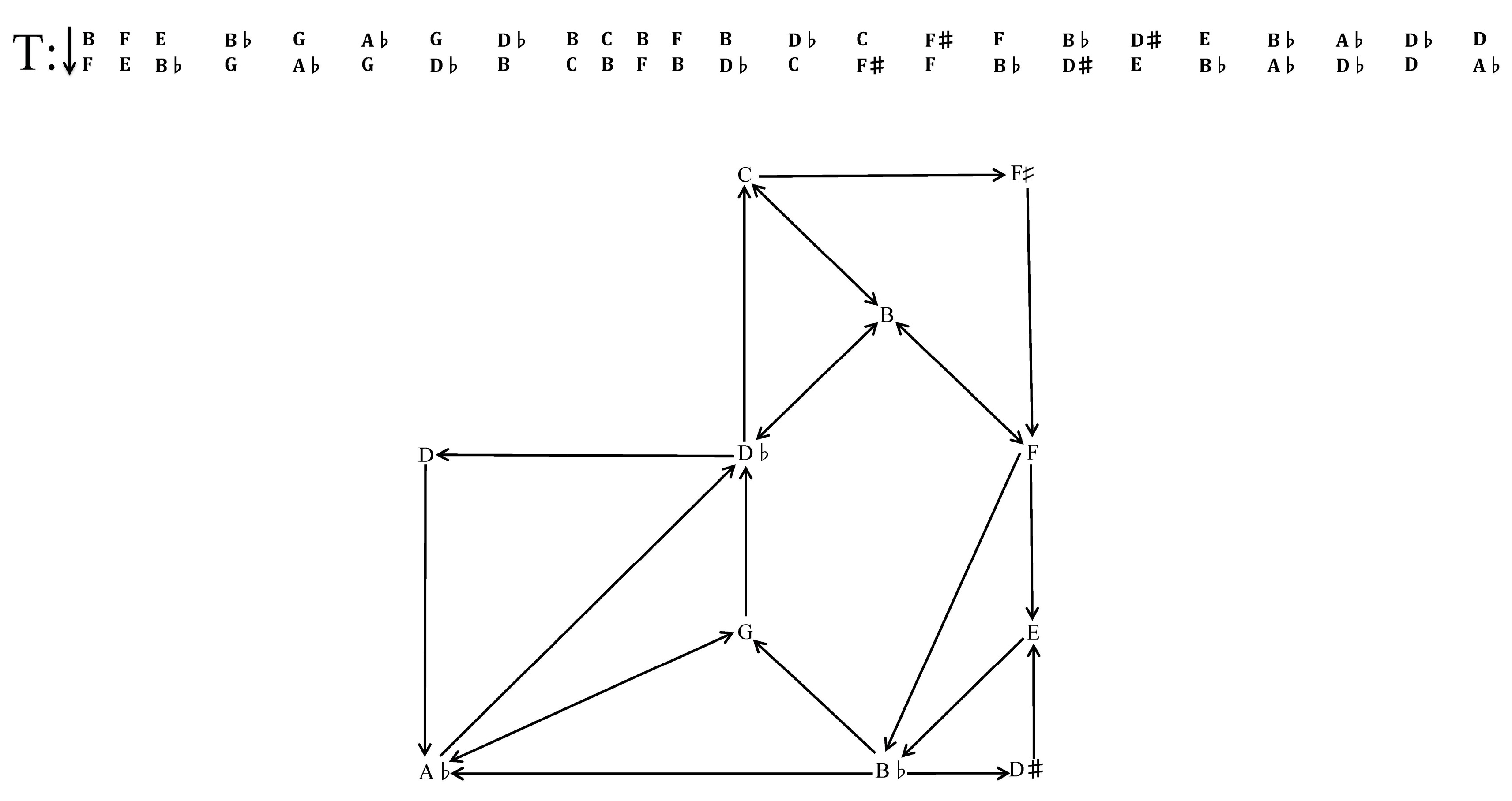 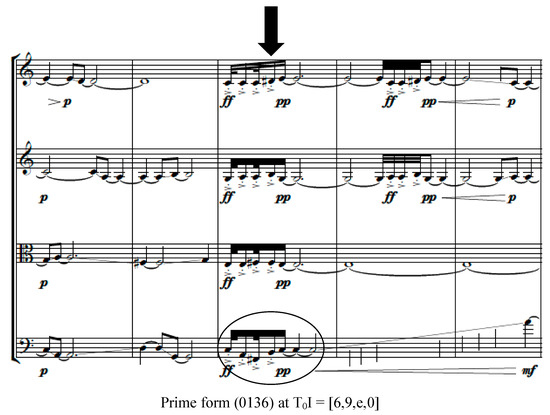 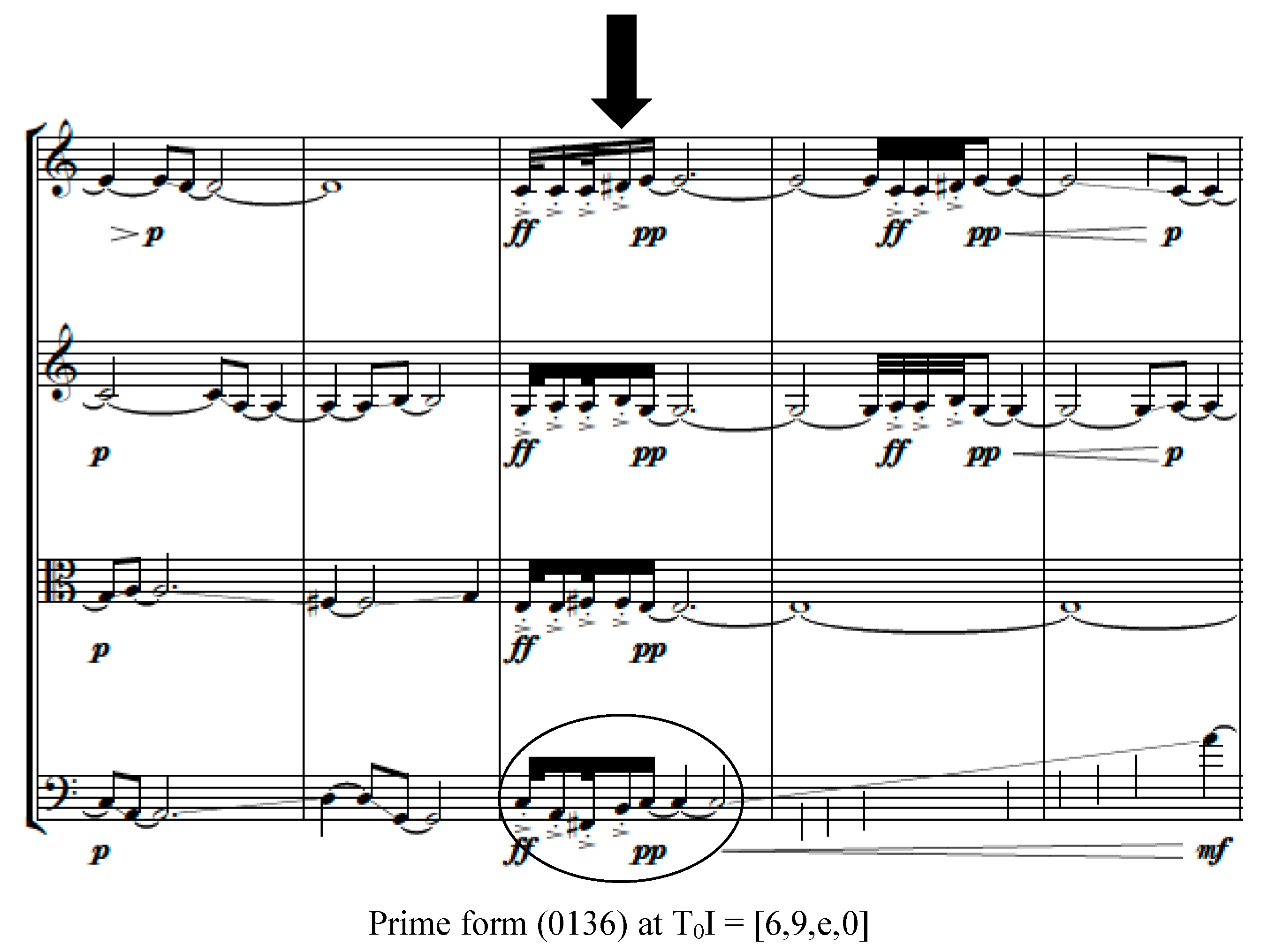 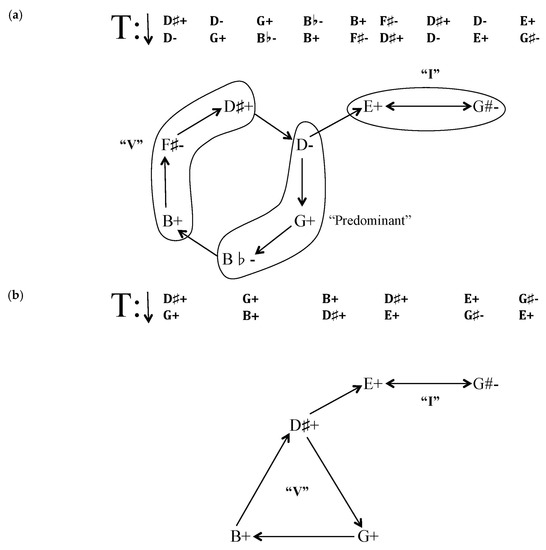 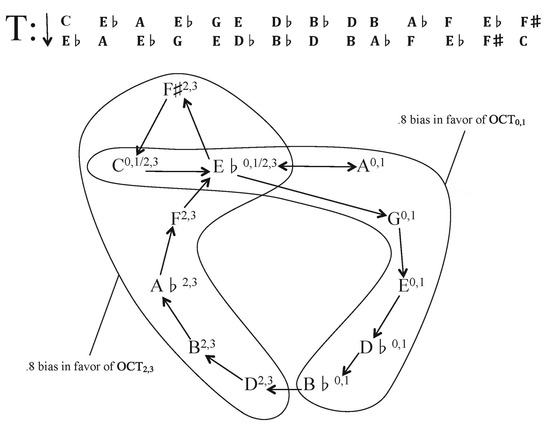 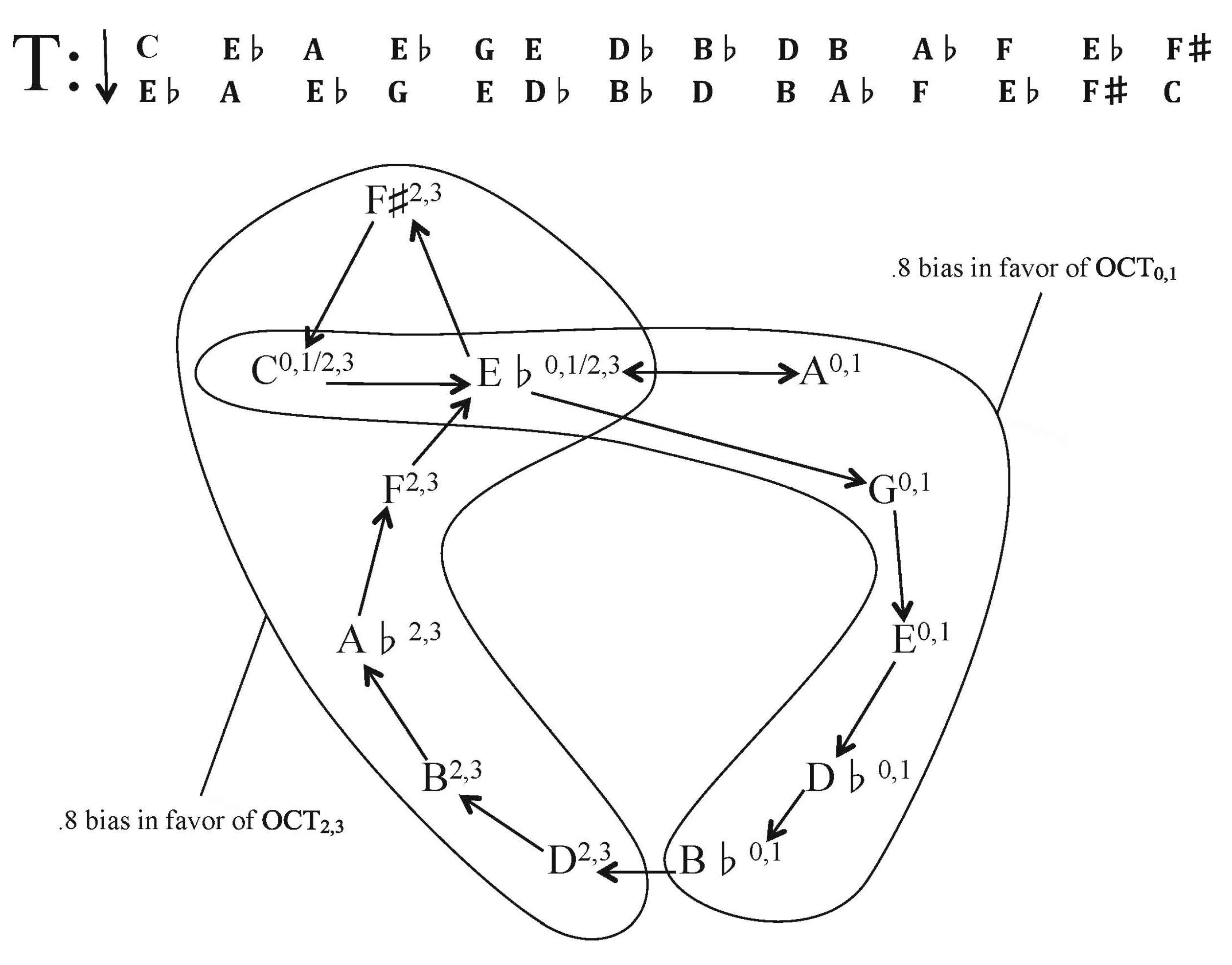