Afraid of contagion? Stand six feet from the next protester, and it will only make a more powerful image on TV. But we need to reclaim the street.
Mike Davis (2020a)

[Cartier-Bresson] sees so many things we cannot that we wonder whether the street itself isn’t just the product of his imagination, as if he invented it the way that other Surrealist photographers invent their visions in their studios and their darkrooms. Yet in a sense it is the street that invented him. Life in the street, especially in Paris, has created a modern sensibility that photographers like Cartier-Bresson embody.
(Westerbeck and Meyerowitz 1994, p. 39)

Written from Cartier-Bresson to Hugo or Manet and back again, the history of the genre becomes a story about the invention of the decisive moment. It is written in order to welcome Cartier-Bresson as much as make inevitable his arrival.
If I call attention to this determinism, it is not because I want to insist that photography made in the street has been drawn into a story about the medium’s plasticity, about the desire for the coincidence of subject and form. “To me, photography is the simultaneous recognition, in a fraction of a second, of the significance of an event as well as of a precise organization of forms which give that event its proper expression” is the line that often gets quoted as a way to define the decisive moment, the goal of working in the street and in accord with its motion (Cartier-Bresson 1952, n.p.). The photograph of the children playing among the ruins of Seville three years in advance of the civil war that the photograph has come to represent is now taken as evidence of the realization of just that synchrony between subject and object. No doubt, this desire for formal equilibrium—for the framed frame—does script street photography’s history. However, my taking stock of the history’s determinism serves to disclose another end: the need to write the history of street photography into a story about the formalization of the century-old desire to be in the street and at home simultaneously. The flâneur does not just “botanize on the asphalt,” slowly and methodically take stock of life on the streets, even make it foreign; in doing so, he, to quote Baudelaire again, “sets up house in the heart of the multitude.” Though rarely defined in these terms, this is the activity that Cartier-Bresson writes into the history of photography in the 1950s. In the essay prefacing the 126 photographs making up The Decisive Moment, Cartier-Bresson narrates a practice in which he seeks to make himself present so that he can become absent. “Tiptoe” is one of the postures he uses to describe his bodily movements; approach “à pas de loup” or “stealthily” is another (Cartier-Bresson [1951] 2017, p. 11.) The desire for this ghostly “presence” is summed up in the following lines of the eponymous essay that was first conceived of as a how-to or a primer:

I prowled the streets all day, feeling very strung-up and ready to pounce, determined to “trap” life—to preserve life in the act of living. Above all, I craved to seize, in the confines of a single photograph, the whole essence of some situation that was in the process of unrolling itself before my eyes.
(Cartier-Bresson 1952, n.p.)14

Cartier-Bresson is not “there.” He never was. He was always making a picture, framing a scene that was unrolling before his eyes. The street, as Benjamin dialectically defined it in the 1930s, when, notably, Cartier-Bresson was playing and pouncing and shooting, is conceived of as both a landscape and a living room.15 It is a space that can be and is already possessed.
This is street photography. It is a social form invented in the 1950s to formalize the play between presence and absence; or, at least, to ensure that that play—the pleasure of the hunt, as Cartier-Bresson describes it—was still (would still be) possible. This story, though, is also written backwards, written from the end of the 1960s, when the broadcasting of the coverage of the war in Vietnam, including its many protests, made it seem as if the street and the home could no longer—or not much longer—remain separate, divided. There are many versions of this story that could be recounted here, though the one that comes to mind and is recounted by several authors in their contributions to this issue is the one told about the presentation of photography on the walls of New York’s Museum of Modern Art (MoMA) in the late 1960s. This is not a story about photography becoming or being art—or it is not only that. Nor is it a story about photographers becoming authors, even though this is also what happened in the 1960s.16 It is a story about photography becoming private. One line from the publicity for one of the most celebrated exhibitions of the period, New Documents, will do as a way to narrate this story of photography’s turn inward. Opening in February 1967 and showcasing the work of three young photographers—Diane Arbus, Lee Friedlander, and Garry Winogrand—the exhibition was presented by its curator, John Szarkowski, as follows: “In the past decade this new generation of photographers has redirected the technique and aesthetic of documentary photography to more personal ends. Their aim has been not to reform life but to know it, not to persuade but to understand” (Museum of Modern Art 1967, p. 1).
These lines are quoted by several authors of the essays that follow. They have become shorthand for defining photography’s modernist turn: its turn away from the social. The new photographer, according to Szarkowski, did not step into the street in order to record it; she stepped into the street in order to record herself. Presented to the public at the height of the civil rights movement, at the moment when the streets were being reclaimed as a site for the display of police violence, the “new documents,” including Arbus’ elegiac photographs of the residents of a nudist camp and Friedlander’s “street scenes,” records of himself made into a record, reflected in windows, becoming shadow, forcefully withdrew the social from photography by withdrawing the category of reportage from photography’s repertoire. Photography, it could be argued, became art in order not to continue being news. To quote one of the most stunning evocations of the desire or need to turn photography inward as well as evidence of its persistence as a thesis for making sense of the work of American photography for at least the next decade, here is Szarkowski’s account of the failure of photography to report on the war in Vietnam:

More recently, photography’s failure to explain large public issues has become increasingly clear. No photographs from the Vietnam War—neither Donald McCullin’s stomach-wrenching documents of atrocity and horror nor the late Larry Burrows’s superb and disturbingly conventional battle scenes—begin to serve either as explication or symbol for that enormity. For most Americans the meaning of the Vietnam War was not political, or military, or even ethical, but psychological. It brought to us a sudden, unambiguous knowledge of moral frailty and failure. The photographs that best memorialize the shock of that new knowledge were perhaps made halfway around the world, by Diane Arbus.
(Szarkowski 1978, p. 13; emphasis added) 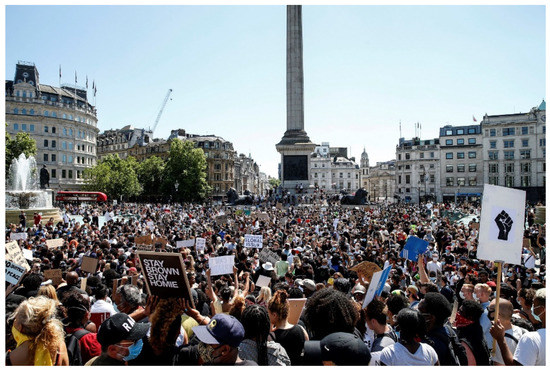 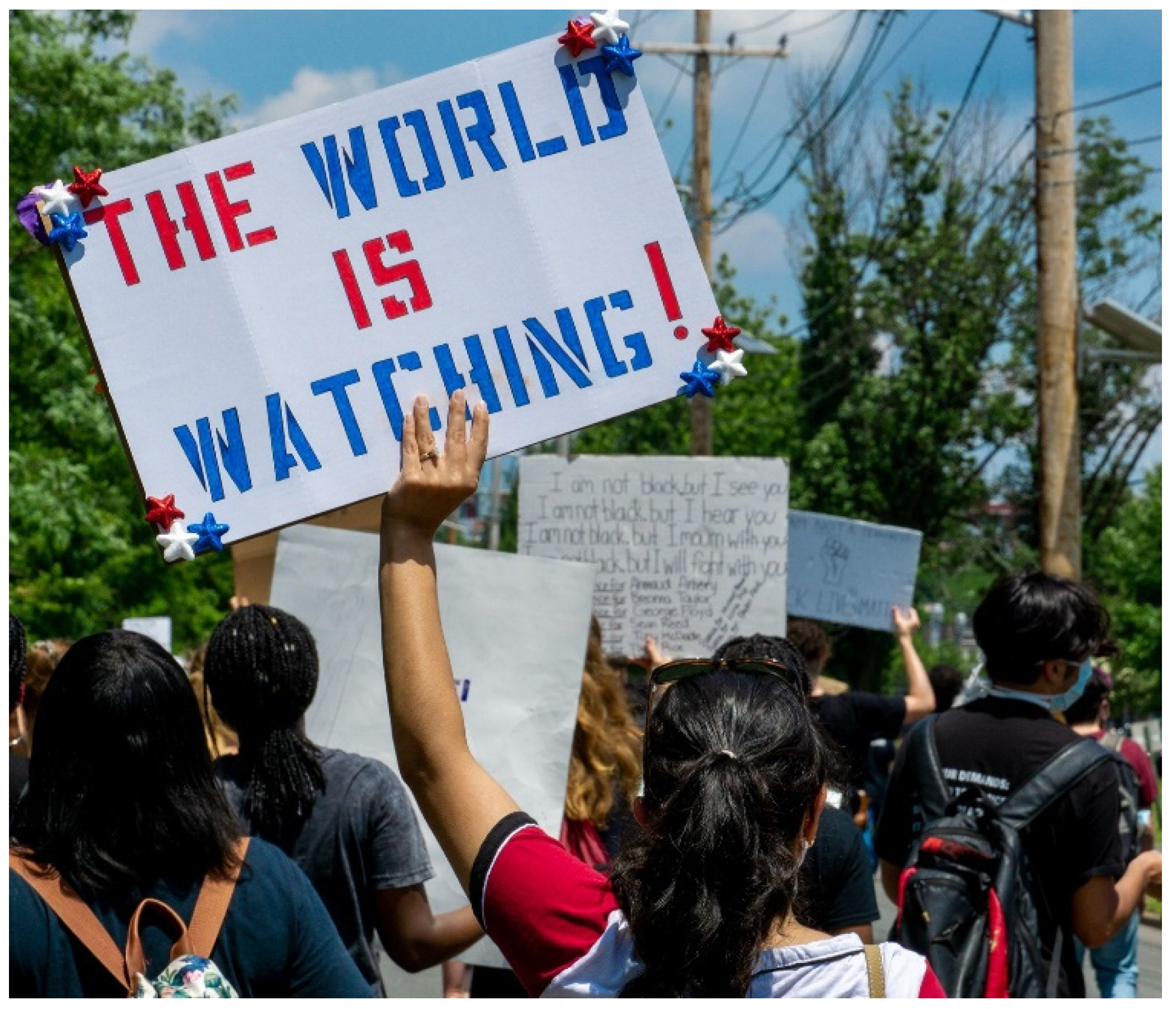 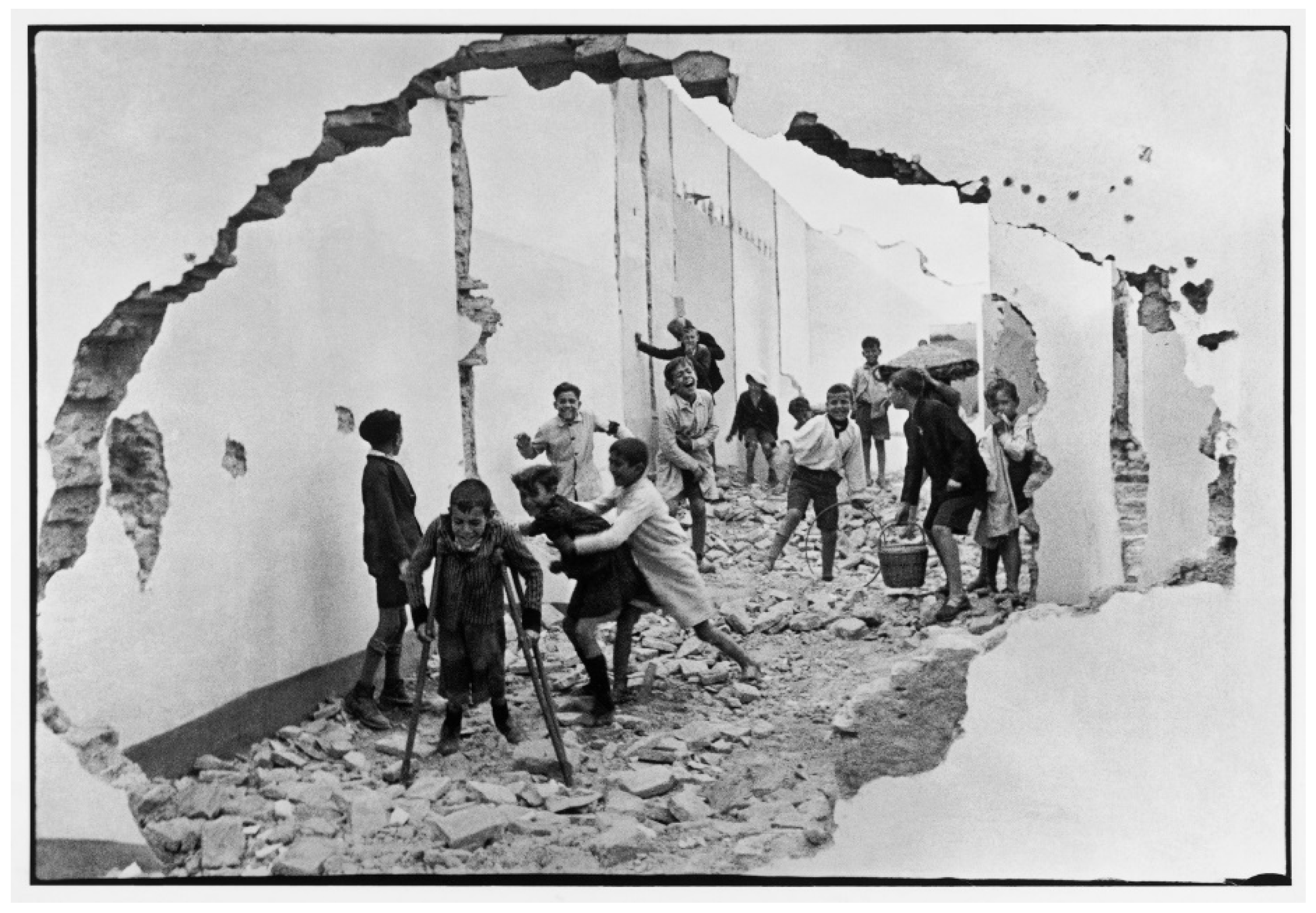 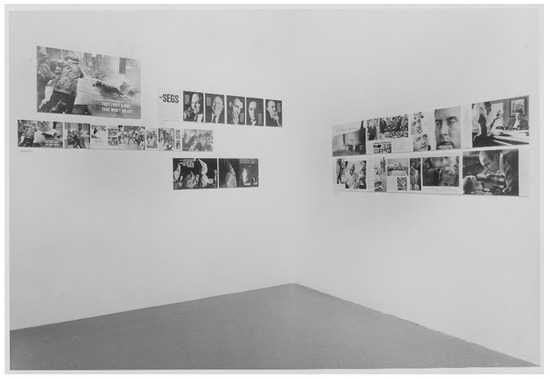