Cryogenic Milling of Titanium Powder
Next Article in Special Issue

In this study, pure magnesium was implanted with calcium-ion and zinc-ion. The chemical composition of pure magnesium is given in Table 1. Prior to implantation, the samples were incrementally ground from 120 to 2500 grit SiC paper and then polished with diamond paste. After polishing, the samples were ultrasonically cleaned in acetone and then in ethanol and dried. Ion implantation was performed at Australian Nuclear Science & Technology Organisation (ANSTO) using an in-house designed equipment capable to mass-analyse the ion beam, produced by a penning ion source. Implantation was done at room temperature on one side of the sample with an accelerating ion energy of 15 keV and ion-beam current density of 2 µA/cm2. Three fluences were used for the implantation of ion, i.e., 1015, 1016 and 1017 ion·cm−2. The vacuum in the target chamber was 10−5 Pa. The samples ion implanted with calcium at 1015, 1016 and 1017 ion·cm−2 fluences are named as Ca-15, Ca-16 and Ca-17, respectively. Similarly, samples ion implanted with zinc at 1015, 1016 and 1017 ion·cm−2 fluences are named as Zn-15, Zn-16 and Zn-17, respectively.
In vitro degradation tests were carried out in simulated body fluid (SBF) maintained at a physiological pH value of 7.4 and temperature of 37 ± 0.5 °C. The chemical composition of SBF is given in Table 2. Electrochemical tests were conducted using a potentiostat/frequency response analyser (Model: ACM Gill AC, ACM Instruments, Cumbria, UK) and a three electrode system with the sample (0.785 cm2 exposed area) as the working electrode, an Ag/AgCl reference electrode and a platinum counter electrode. Electrochemical impedance spectroscopy (EIS) tests were carried out with an AC amplitude of 5 mV over the frequency range of 105 Hz to 10−2 Hz. The EIS spectra were modelled using ZSimpWin V. 3.21 software (Ametek Scientific Instruments, Pittsburgh, PA, USA). Potentiodynamic polarisation was performed at a scan rate of 0.5 mV/s. Prior to the electrochemical testing, the samples were immersed in the SBF for 2 h. A digital macroscope was used to analyse the degradation morphology of the post-polarised samples. Fourier transform infrared (FTIR) spectroscopy analysis (Model: Perkin Elmer spectrum 100 FTIR spectrometer, Perkin Elmer, Houston, TX, USA) was done to identify the degradation products.

The authors would like to thank The Australian Institute of Nuclear Science and Engineering (AINSE) for the financial support to carry out ion implantation work at Australian Nuclear Science & Technology Organisation (ANSTO) in Sydney (AINSE Award No. ALNGRA14545). The authors acknowledge the financial support from the Australian Government for the Centre for Accelerator Science at ANSTO through the National Collaborative Research Infrastructure Strategy (NCRIS). 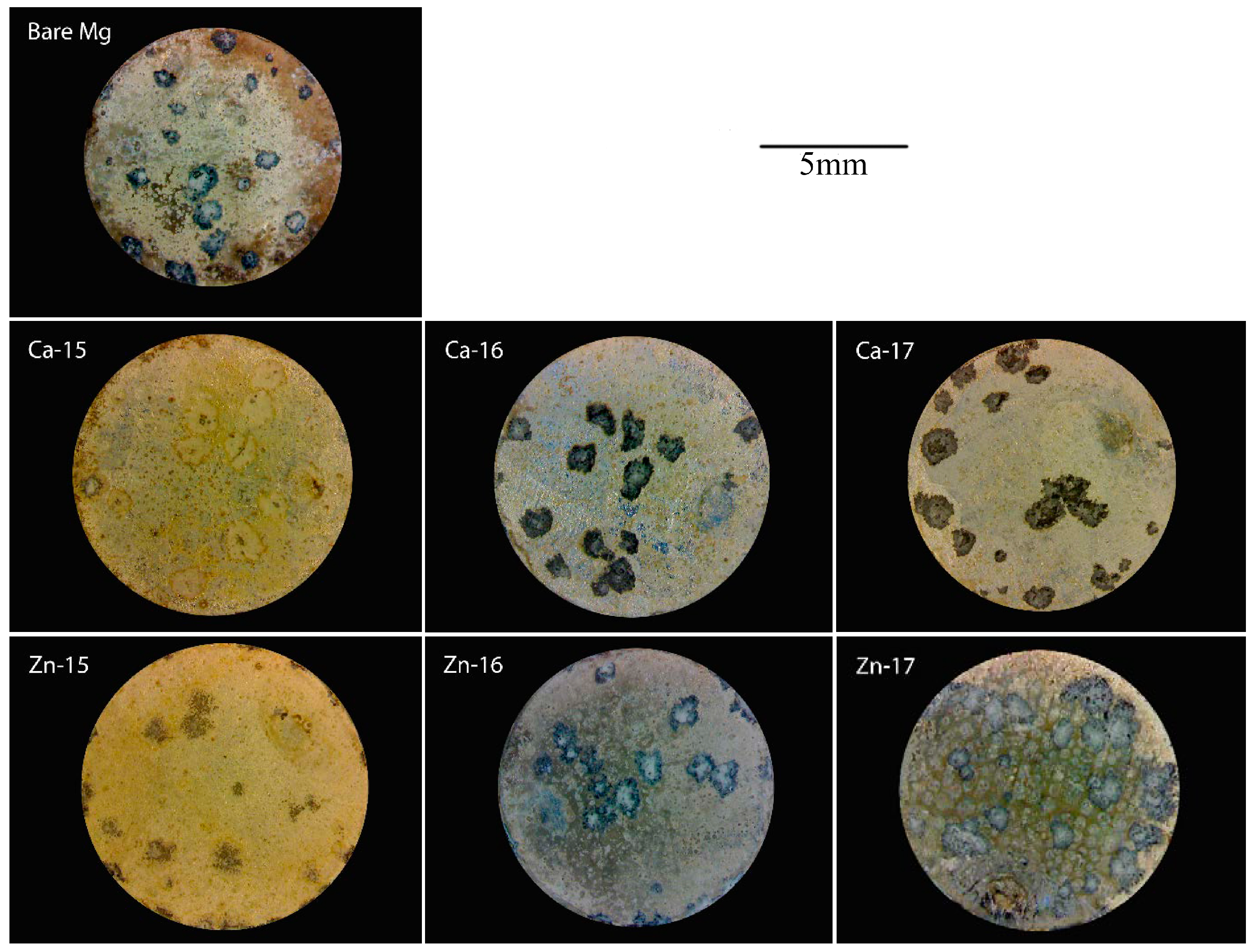