The Effect of Indium Content on the Atomic Environment and Cluster Stability of GeSe4Inx=10,15 Glasses

The atomic environments of two chalcogenide glasses, with compositions GeSe4In10 and GeSe4In15, were studied via Reverse Monte Carlo and Density Functional Theory. Indium content demoted Ge–Se bonding in favor of Se-In while the contribution of Se–Se in the first coordination shell order was faint. Upon transition to the richer In glass, there was formation of rich Ge-centered clusters at radial distances further than 4 Å from the RMC box center, which was taken to signify a reduction of Ge–Se interactions. Cluster coordination by Se promoted stability while, very conclusively, In coordination lowered cluster stability by intervening in the Ge–Se and Se–Se networks. View Full-Text
Keywords: Ge–Se–In glass; solute-solvent interactions; electronic structure; density functional theory Ge–Se–In glass; solute-solvent interactions; electronic structure; density functional theory
►▼ Show Figures 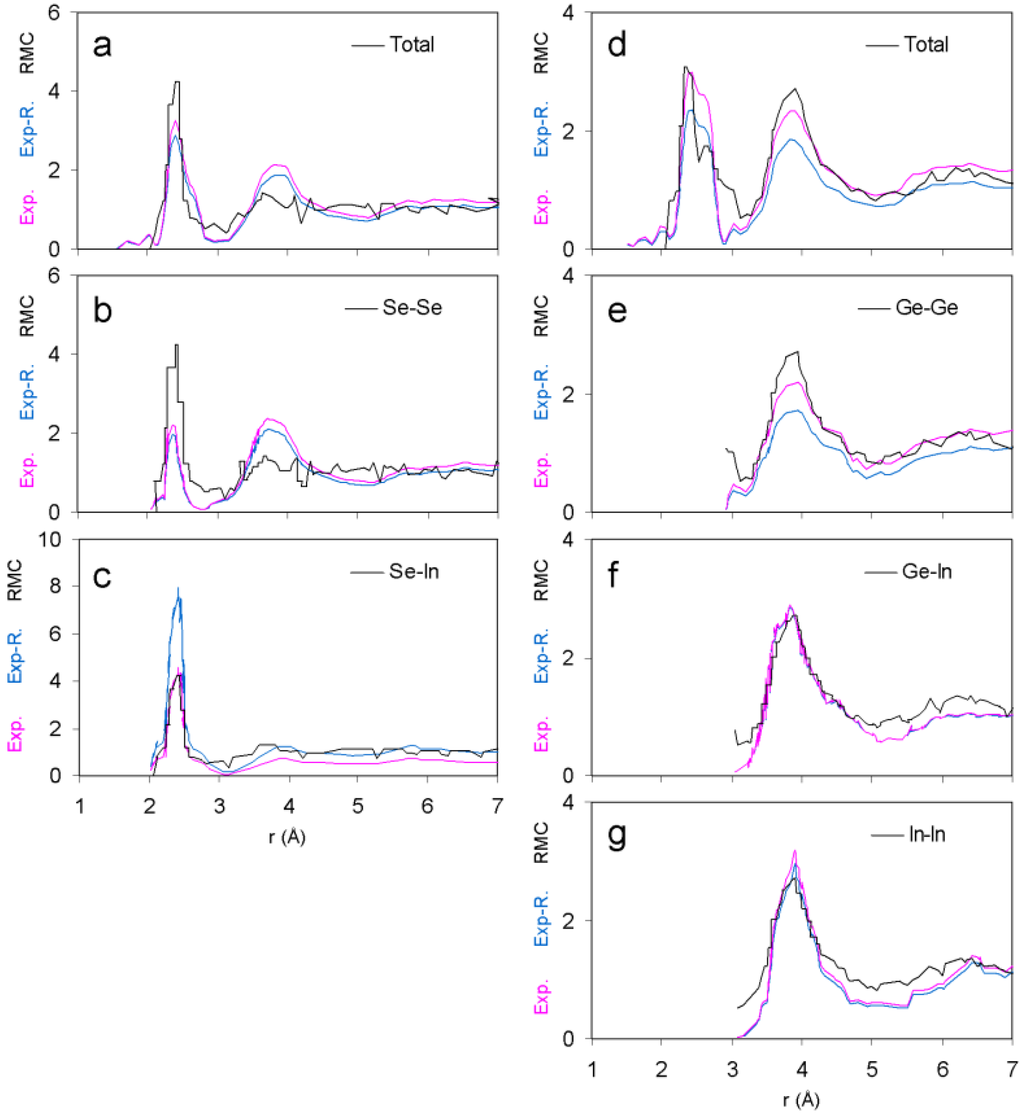