A Concept for the Control of Pore Size in Superalloy Membranes

Matthew A. Willard 2 and

Magnetic and structural aspects of the annealing-induced transformation of rapidly-solidified Mn55Al45 ribbons from the as-quenched metastable antiferromagnetic (AF) ε-phase to the target ferromagnetic (FM) L10 τ-phase are investigated. The as-solidified material exhibits a majority hexagonal ε-MnAl phase revealing a large exchange bias shift below a magnetic blocking temperature TB~95 K (Hex~13 kOe at 10 K), ascribed to the presence of compositional fluctuations in this antiferromagnetic phase. Heat treatment at a relatively low annealing temperature Tanneal ≈ 568 K (295 °C) promotes the nucleation of the metastable L10 τ-MnAl phase at the expense of the parent ε-phase, donating an increasingly hard ferromagnetic character. The onset of the ε→τ transformation occurs at a temperature that is ~100 K lower than that reported in the literature, highlighting the benefits of applying rapid solidification for synthesis of the rapidly-solidified parent alloy. View Full-Text
Keywords: nanostructured magnetic materials; Mn-based magnets; rapid-solidification nanostructured magnetic materials; Mn-based magnets; rapid-solidification
►▼ Show Figures 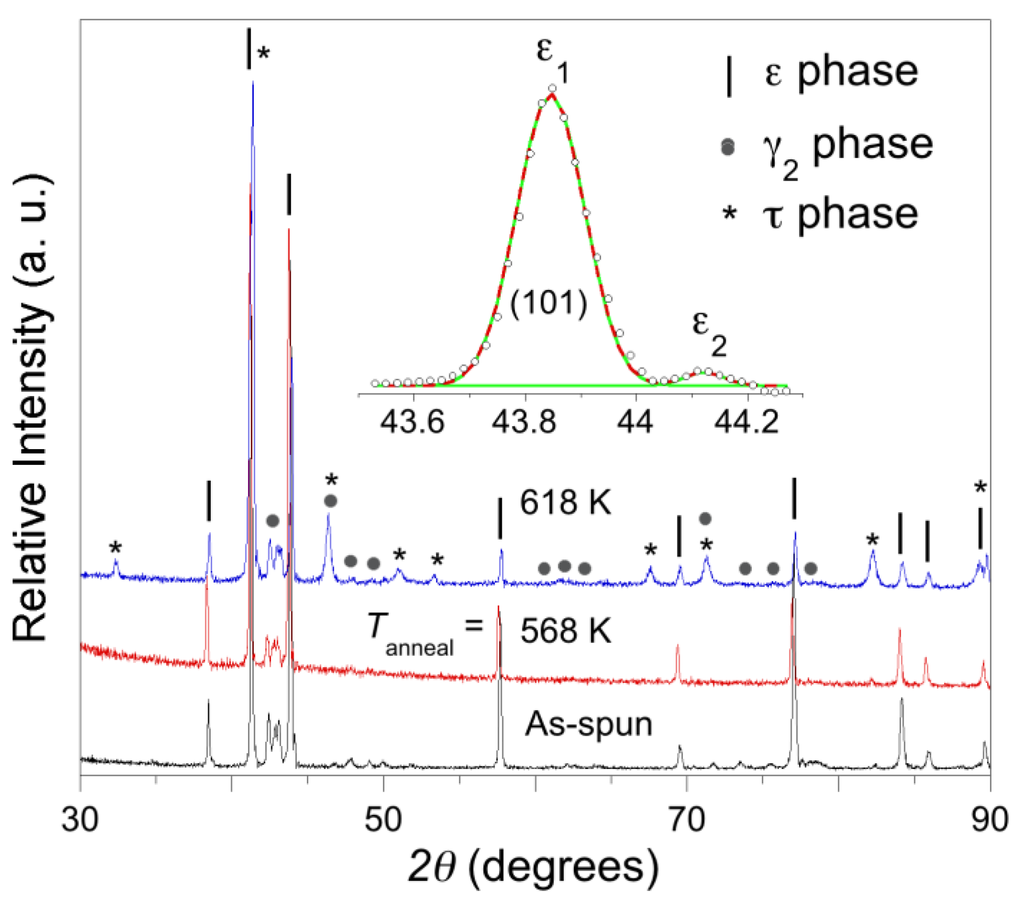