Resistance to pyrethroids in mosquitoes is mainly caused by target site insensitivity known as knockdown resistance (kdr). In this work, we examined the point mutations present in portions of domains I, II, III, and IV of the sodium channel gene in Aedes aegypti mosquitoes from three Colombian municipalities. A partial region coding for the sodium channel gene from resistant mosquitoes was sequenced, and a simple allele-specific PCR-based assay (AS-PCR) was used to analyze mutations at the population level. The previously reported mutations, V1016I and F1534C, were found with frequencies ranging from 0.04 to 0.41, and 0.56 to 0.71, respectively, in the three cities. Moreover, a novel mutation, at 419 codon (V419L), was found in Ae. aegypti populations from Bello, Riohacha and Villavicencio cities with allelic frequencies of 0.06, 0.36, and 0.46, respectively. Interestingly, the insecticide susceptibility assays showed that mosquitoes from Bello were susceptible to λ-cyhalothrin pyrethroid whilst those from Riohacha and Villavicencio were resistant. A positive association between V419L and V1016I mutations with λ-cyhalothrin resistance was established in Riohacha and Villavicencio. The frequency of the F1534C was high in the three populations, suggesting that this mutation could be conferring resistance to insecticides other than λ-cyhalothrin, particularly type I pyrethroids. Further studies are required to confirm this hypothesis. View Full-Text
Keywords: Aedes aegypti; insecticide resistance; knockdown resistance (kdr); sodium channel gene Aedes aegypti; insecticide resistance; knockdown resistance (kdr); sodium channel gene
►▼ Show Figures 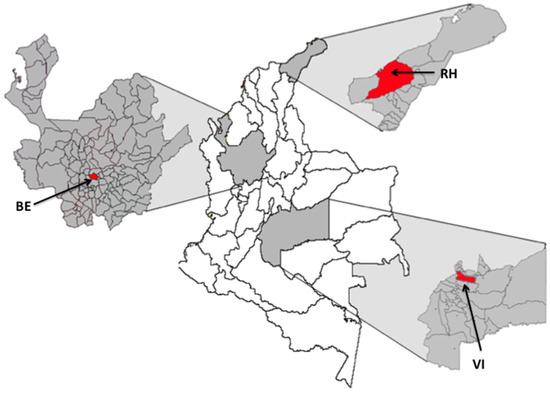 
Granada Y, Mejía-Jaramillo AM, Strode C, Triana-Chavez O. A Point Mutation V419L in the Sodium Channel Gene from Natural Populations of Aedes aegypti Is Involved in Resistance to λ-Cyhalothrin in Colombia. Insects. 2018; 9(1):23. https://doi.org/10.3390/insects9010023


Granada, Yurany, Ana M. Mejía-Jaramillo, Clare Strode, and Omar Triana-Chavez. 2018. "A Point Mutation V419L in the Sodium Channel Gene from Natural Populations of Aedes aegypti Is Involved in Resistance to λ-Cyhalothrin in Colombia" Insects 9, no. 1: 23. https://doi.org/10.3390/insects9010023