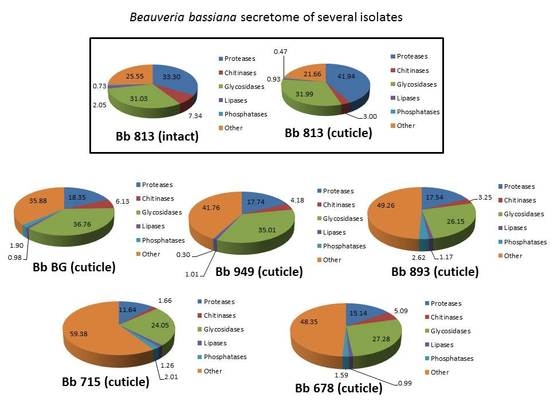 
Dionisio, Giuseppe; Kryger, Per; Steenberg, Tove. 2016. "Label-Free Differential Proteomics and Quantification of Exoenzymes from Isolates of the Entomopathogenic Fungus Beauveria bassiana." Insects 7, no. 4: 54.