The Third Law of Galactic Rotation

The 5D Fully-Covariant Theory of Gravitation and Its Astrophysical Applications

In this paper, we comprehensively review the five-dimensional (5D) fully-covariant theory of gravitation developed by Zhang two decades ago and its recent applications in astrophysics and cosmology. This 5D gravity describes not only the fields, but also the matter and its motion in a 5D spacetime. The greatest advantage of this theory is that there does not exist any unknown parameter, so that we can apply it to explain astrophysical and cosmological issues by quantitatively comparing the results obtained from it with observations and to predict new effects that could not be derived from any other gravitational theories. First, the 5D covariant description of matter and its motion enabled Zhang to analytically derive the fifteenth component of the 5D energy-momentum tensor of matter ( ), which significantly distinguishes this 5D gravity from other 5D gravitational theories that usually assumed a with an unknown parameter, called the scalar charge s, and, thus, to split the 5D covariant field equation into (4 + 1) splitting form as the gravitational, electromagnetic, and scalar field equations. The gravitational field equation turns into the 4D Einstein’s field equation of general relativity if the scalar field is equal to unity. Then, Zhang solved the field equations and obtained an exact static spherically-symmetric external solution of the gravitational, electromagnetic and scalar fields, in which all integral constants were completely determined with a perfect set of simple numbers and parameters that only depend on the mass and electric charge of the matter, by comparing with the obtained weak internal solution of the fields at a large radial distance. In the Einstein frame, the exact field solution obtained from the 5D fully-covariant theory of gravitation reduces to the Schwarzschild solution when the matter is electrically neutral and the fields are weak in strength. This guarantees that the four fundamental tests (light deflection, gravitational redshift, perihelion advance and radar echo delay) of the 4D Einstein’s general relativity in the case of weak fields are also the tests of the 5D fully-covariant theory of gravitation. In the case of strong fields, especially when the matter is highly charged, however, the results from the 5D fully-covariant theory of gravitation are significantly different from the 4D Einstein’s general relativity. Applying this 5D gravity and its exact field solution, Zhang has recently developed a new redshift mechanism, called electric redshift, a new supernova explosion mechanism with gravitational field shielding, a new gravitationless black hole model, a modified neutron star mass-radius relation, a modified Friedmann equation for the accelerating universe, and so on. This paper provides an overview of this 5D fully-covariant theory of gravitation, including also its solution properties and astrophysical applications. View Full-Text
Keywords: Kaluza–Klein theory; classical black hole; neutron star; quasars Kaluza–Klein theory; classical black hole; neutron star; quasars
►▼ Show Figures 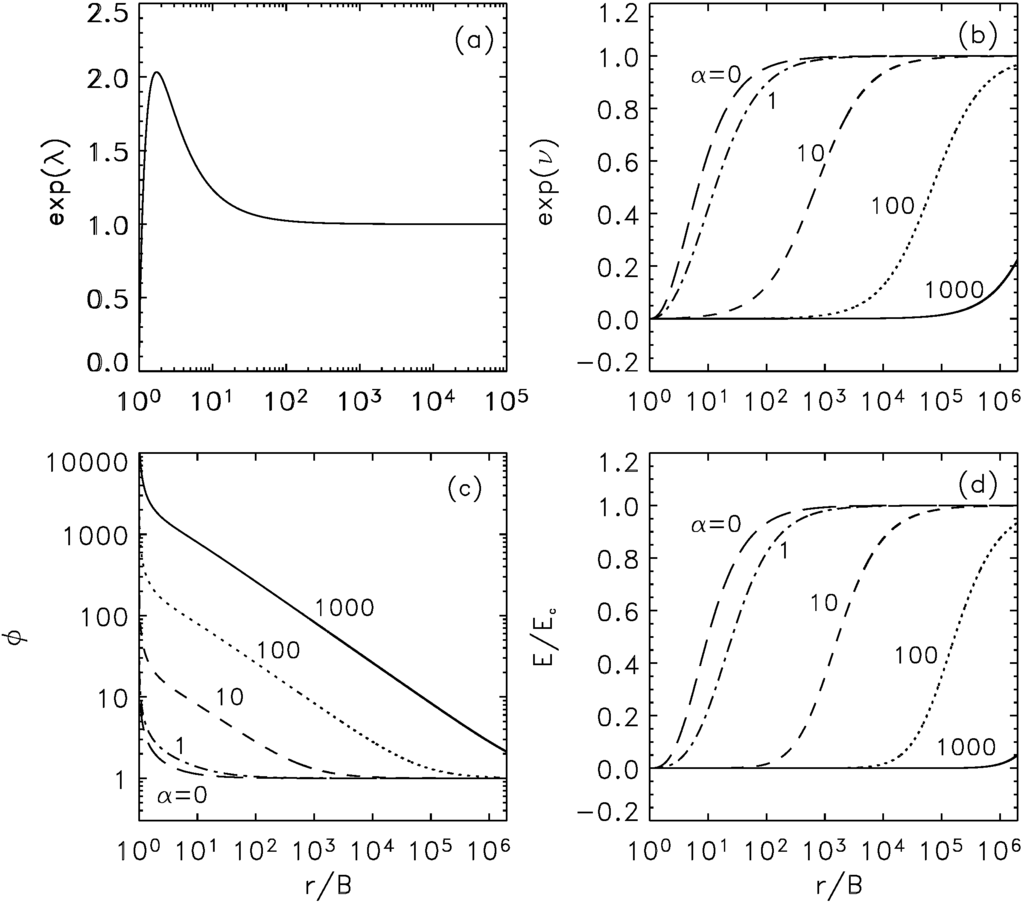 Zhang, T. The 5D Fully-Covariant Theory of Gravitation and Its Astrophysical Applications. Galaxies 2015, 3, 18-51.