The evolution of micro-cracks in rocks under different strain rates is of great importance for a better understanding of the mechanical properties of rocks under complex stress states. In the present study, a series of tests were carried out under various strain rates, ranging from creep tests to intermediate strain rate tests, so as to observe the evolution of micro-cracks in rock and to investigate the influence of the strain rate on the deformation and strength properties of rocks. Thin sections from rock samples at pre- and post-failure were compared and analyzed at the microscale using an optical microscope. The results demonstrate that the main crack propagation in the rock is intergranular at a creep strain rate and transgranular at a higher strain rate. However, intergranular cracks appear mainly around the quartz and most of the punctured grains are quartz. Furthermore, the intergranular and transgranular cracks exhibit large differences in the different loading directions. In addition, uniaxial compressive tests were conducted on the unbroken rock samples in the creep tests. A comparison of the stress–strain curves of the creep tests and the intermediate strain rate tests indicate that Young’s modulus and the peak strength increase with the strain rate. In addition, more deformation energy is released by the generation of the transgranular cracks than the generation of the intergranular cracks. This study illustrates that the conspicuous crack evolution under different strain rates helps to understand the crack development on a microscale, and explains the relationship between the micro- and macro-behaviors of rock before the collapse under different strain rates. View Full-Text
Keywords: strain rates; strength parameters; transgranular; quartz; energy release strain rates; strength parameters; transgranular; quartz; energy release
►▼ Show Figures 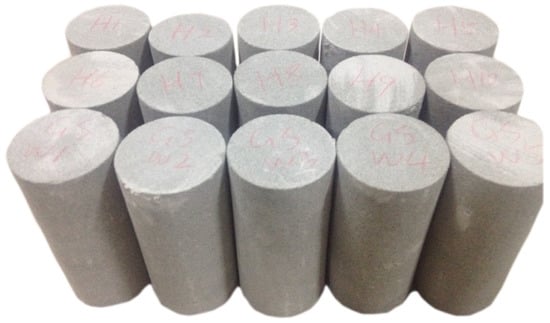