Beyond Calendars and Maps: Rethinking Time and Space for Effective Knowledge Governance in Protected Areas
Previous Article in Journal

A Methodological Approach for the Assessment of Potentially Buildable Land for Tax Purposes: The Italian Case Study

Pastoral stone enclosures in Atlantic Europe were already common in the Bronze Age. Although many such enclosures served the immediate agropastoral needs of a given community, others likely had additional functions as central facilities for surrounding communities both for tending and controlling livestock (e.g., culling, marking, shearing, and safeguarding from predators) and as places of ritualized gatherings, public hearings common ceremonies, and trade [30]. Being coeval with Bronze and Iron Age hilltop enclosures in Galicia and Britain, some early enclosures possibly served simultaneous or shifting agropastoral-defensive functions while other were obviously too large (i.e., >40 ha) to perform military functions [31] but occasionally included hillfort features such as ditches and present evidence of human occupation such as small huts or chouços (where shepherds or cattle could shelter) or permanent settlements as in the ‘banjo’ type enclosures of the British Middle Iron Age [32,33].
In Cornwall and neighbouring Devon, Iron Age pastoral enclosures are exemplified by those of the Dartmoor area (30U 436281 5602042, datum WGS84) concentrated on the south side of the moor, usually on south-facing slopes above river valleys close to a water supply, according to Cunliffe [34]. In this area, Shaugh Moor (30U 426212 5588925, datum WGS84) is an interesting example that includes pastoral enclosures, burial cairns, and stone-walled huts, with evidence of continuous use from the second millennium BCE to the 9th century CE [35].
In more general terms, the settlement and enclosure of the Cornish peninsula are in contrast to the counties of Devon, Dorset, and Somerset. The pattern of grouped field systems with scattered farmsteads has endured in this region to a greater extent, where inland (in more intensively farmed and populated areas) the village became the de-facto settlement type [36]. Post-medieval enclosure in Cornwall can also have been said to progress at a reduced rate and lesser extent to other areas of England and Wales, with a significant percentage of tillable land structured and enclosed by the 17th Century [37] with the retention of these forms to a greater extent than counties to the east, where later parliamentary enclosure is the dominant driver of extant agricultural landscape formation.
In Galicia, although agropastoral structures (e.g., enclosures, walls, and huts) have received little archaeological attention, recent finds in the Barbança mountain range [38,39,40], in the proximities of the Frojám site, have revealed not only their abundance but also their continued use over millennia. As in Cornwall, the spatial distribution of these structures is often conditioned by existing sources of fresh water and adequate orography [40]. Erected through dry stone gathered in the surroundings, enclosures often feature remains of huts or other types of shelters within their perimeter or built into the outer walls, built to the height of a person [39].

2.1. The Frojám Enclosure as a Case Study in Galicia

2.2. The Ladydown Moor Common as a Case Study in Cornwall

3. Discussion: Biocultural Heritage Manifestations and the Role of Community-Based Conservation

As is shown in these case studies, there is a direct link between historic cultural activities and the establishment and survival of habitats and ecosystems within stone-built heritage structures. Several hygrophilous hyperoceanic grassland habitats, related to current grazing in Ladydown and historical grazing in Frojám, have been identified in both enclosures despite the cessation of pastoral practices in the latter for more than seven decades. Not only do these areas demonstrate the anthropogenic origins for what are often seen as natural habitats by the layperson, but the complex ecosystems within them are also the result of long histories of symbiotic human–livestock–landscape interrelationships. Their conservation relies upon the continuation of these long-established practices.
Taking the example of the Cornish type-site at Ladydown, the chronology for habitation and management extends back to the Iron Age at least, with archaeological deposits demonstrating local activity back to the Bronze Age. The immediate surroundings of Frojám are also home to numerous Neolithic burial mounds—including a tumulus in Frojám itself called ‘Casa Velha’, ‘old house’, destroyed during open cast mining operations in the 1940s—similarly indicate continuous habitation for millennia. In both cases, as woodland and mire represent the potential natural successional climax for the zone, early activity must have taken the form of clearance, first of vegetation, then of surface stone, resulting in the creation of cairns that remain in situ today (in Frojám these cairns are called ‘meroças’, akin to Portuguese ‘maroiços’). The unique orography of the enclosed areas in both sites relative to lowland farmlands, coupled with demographic, political, and economic changes in the area over time, led to the preservation of Ladydown Moor and certain parts of the Frojám Commons as outliers of historic habitats in areas of encroaching modernization related to mining, forestry, and industrial agriculture.
Whilst sharing a range of characteristics, the stone enclosures Ladydown and Frojám are divergent in some key aspects with regard to their conservation and management today. The moorland site in Cornwall presents some areas of exceptionally well-preserved stonework in the Cornish Hedge forming the western boundary of the moor, as well as a range of buried and partially-buried ruins within the moor itself. In contrast, Frojám presents a more uniformly ruinous structure, resulting from the woodland plantation and its management. Whilst these differences prevent direct comparison regarding the conservation management and use of the areas discussed here, the link between historic use and existing heritage endures in both the stone structures and their associated habitats, as evidenced by both the built and biological cultural heritage extant today. Whilst this study has sought to draw on a range of source materials to create this study, questions inevitably arise from the drawing of conclusions from incomplete datasets. In addressing these, a more comprehensive study would be advisable which would include palynological assessment of soil cores and geophysical survey. The addition of these tasks would provide a detailed chronology of the plant communities specific to the area, and potentially a record of cultural activity related to the creation and development of stone enclosures.

The authors thank Fundação Montescola and the Frojám Community Conserved Area for their interest in the project, collaboration, and valuable assistance, and Javier Amigo (Universidade de Santiago de Compostela, Spain) for a fruitful discussion regarding habitats. 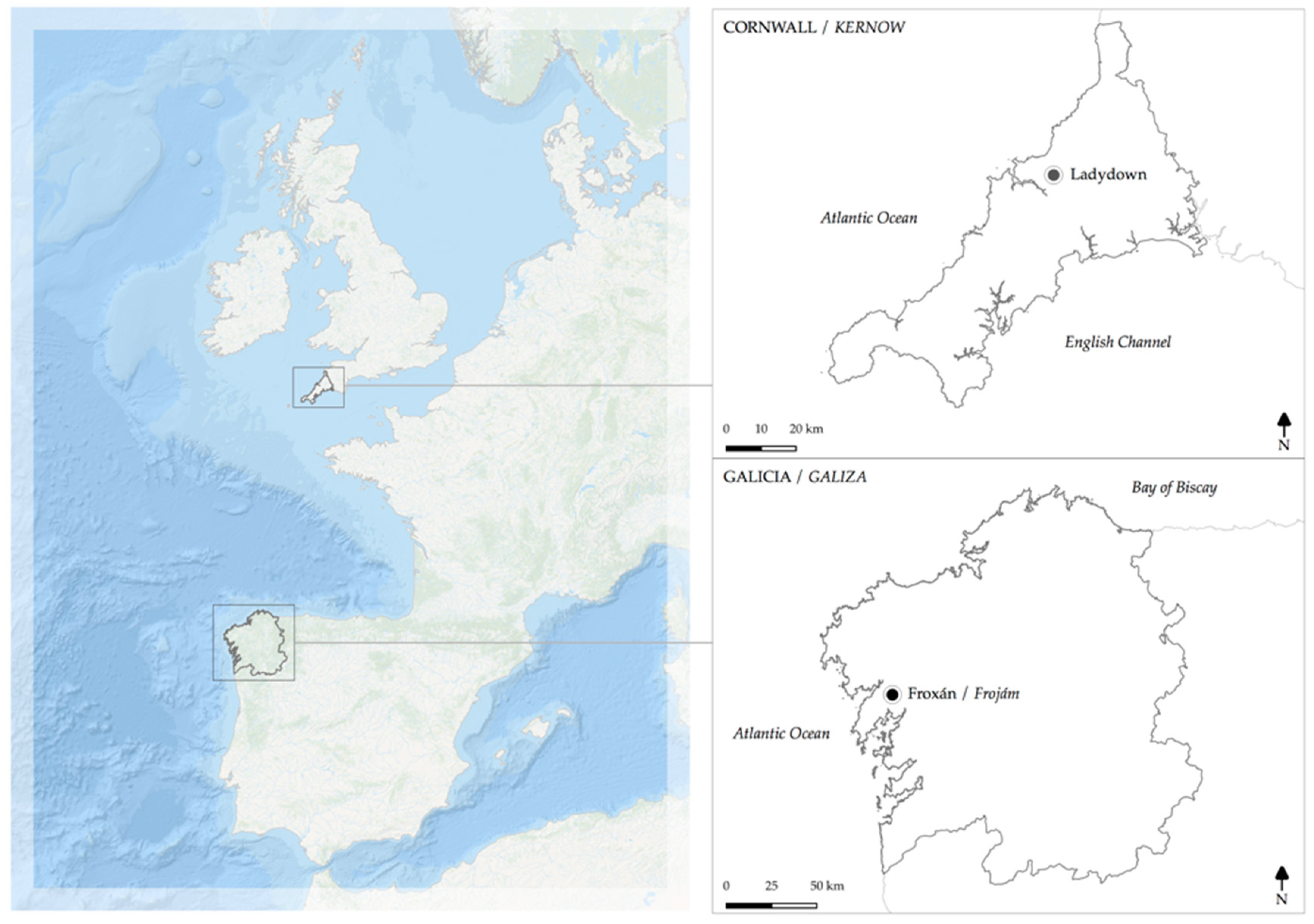 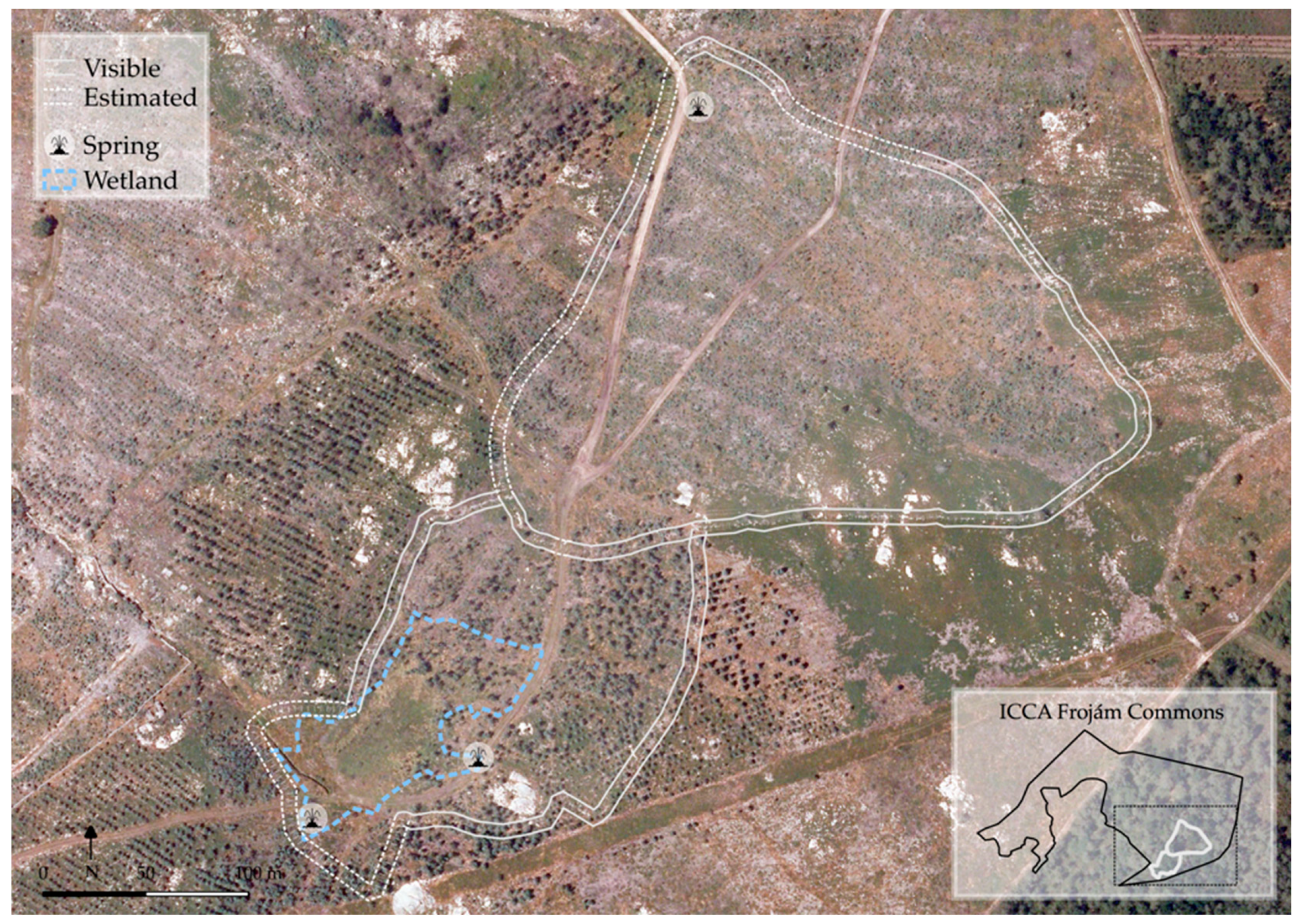 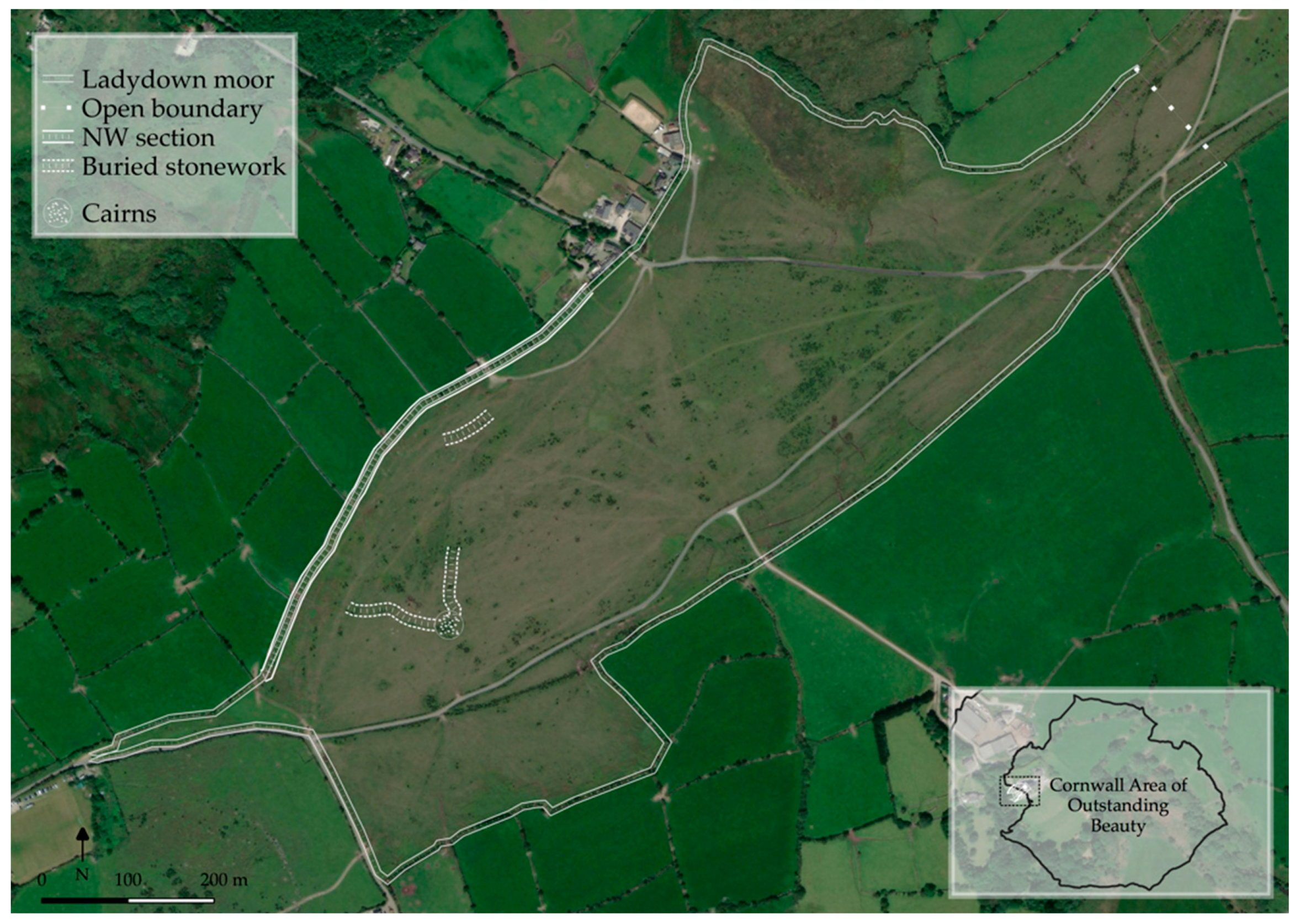