In 1986, the Government of Vietnam implemented free market reforms known as Doi Moi (renovation) that provided private ownership of farms and companies, and encouraged deregulation and foreign investment. Since then, the economy of Vietnam has achieved rapid growth in agricultural and industrial production, construction and housing, and exports and foreign investments, each of which have resulted in momentous landscape transformations. One of the most evident changes is urbanization and an accompanying loss of agricultural lands and open spaces. These rapid changes pose enormous challenges for local populations as well as planning authorities. Accurate and timely data on changes in built-up urban environments are essential for supporting sound urban development. In this study, we applied the Support Vector Machine classification (SVM) to multi-temporal stacks of Landsat Thematic Mapper (TM) and Enhanced Thematic Mapper Plus (ETM+) images from 1993 to 2010 to quantify changes in built-up areas. The SVM classification algorithm produced a highly accurate map of land cover change with an overall accuracy of 95%. The study showed that most urban expansion occurred in the periods 2001–2006 and 2006–2010. The analysis was strengthened by the incorporation of population and other socio-economic data. This study provides state authorities a means to examine correlations between urban growth, spatial expansion, and other socio-economic factors in order to not only assess patterns of urban growth but also become aware of potential environmental, social, and economic problems. View Full-Text
Keywords: built-up areas; multi-temporal image stacks; support vector machine; gradient approach; urbanization built-up areas; multi-temporal image stacks; support vector machine; gradient approach; urbanization
►▼ Show Figures 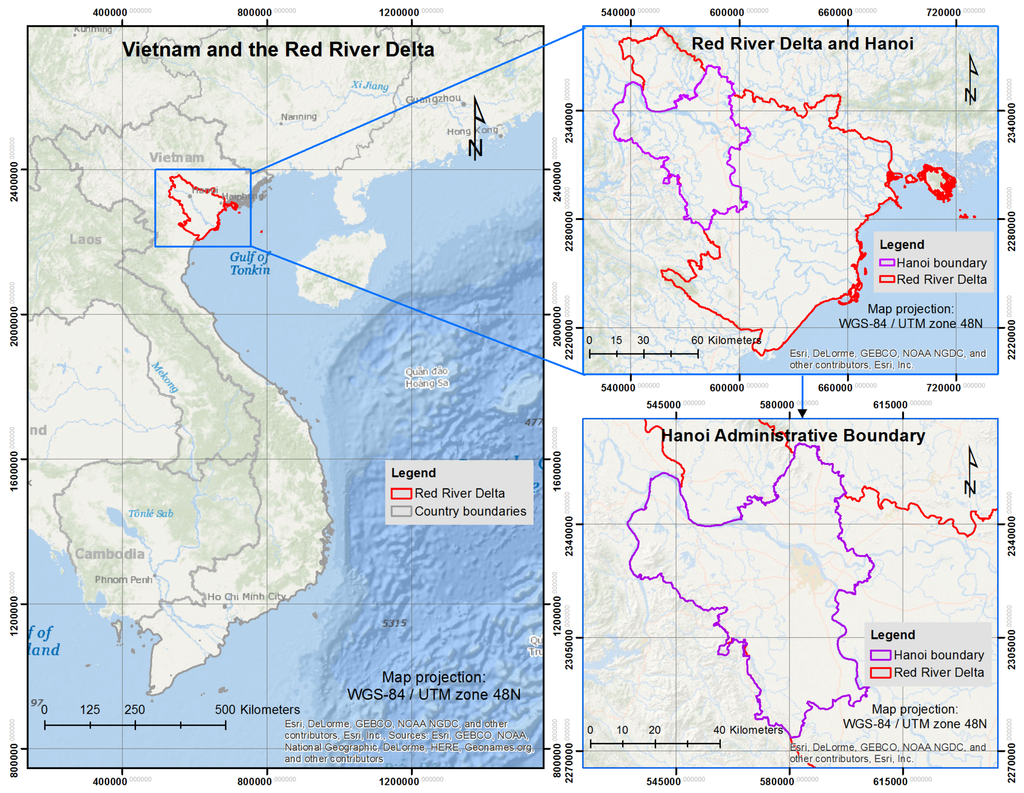