The Relationship between Urban Sprawl and Farmland Displacement in the Pearl River Delta, China

In the last two decades, socio-economic changes in Europe have had a significant effect on land cover changes, but it is unclear how this has affected mountain areas. We focus on two mountain areas: the eastern Italian Alps and the Romanian Curvature Carpathians. We classified land cover from Earth observation data after 1989 by using applied remote sensing techniques. We also analyzed socio-economic data and conducted semi-structured interviews with local stakeholders. In Italy, most of the land conversion processes followed long-term trends. In Romania, they took off with the sudden political changes after 1989. In both areas, forest expansion was the biggest, but potentially not the most consequential change. More consequential changes were urbanization in Italy and small-scale deforestation in Romania, since both increased the risk of hydro-meteorological hazards. Stakeholders’ views were an added value to the spatial analysis and vice versa. For example, stakeholders’ explanations resolved the seeming contradiction of decreased economic activity and increased urbanization (Italian site), as a consequence of secondary home building. Furthermore, spatial analysis revealed that urbanization in Romania was less significant with regard to consequences for the wider human-environment system than many stakeholders thought. View Full-Text
Keywords: land cover changes; Alps; Carpathians; remote sensing; socio-economic change; interviews; perceptions; hydro-meteorological risk land cover changes; Alps; Carpathians; remote sensing; socio-economic change; interviews; perceptions; hydro-meteorological risk
►▼ Show Figures 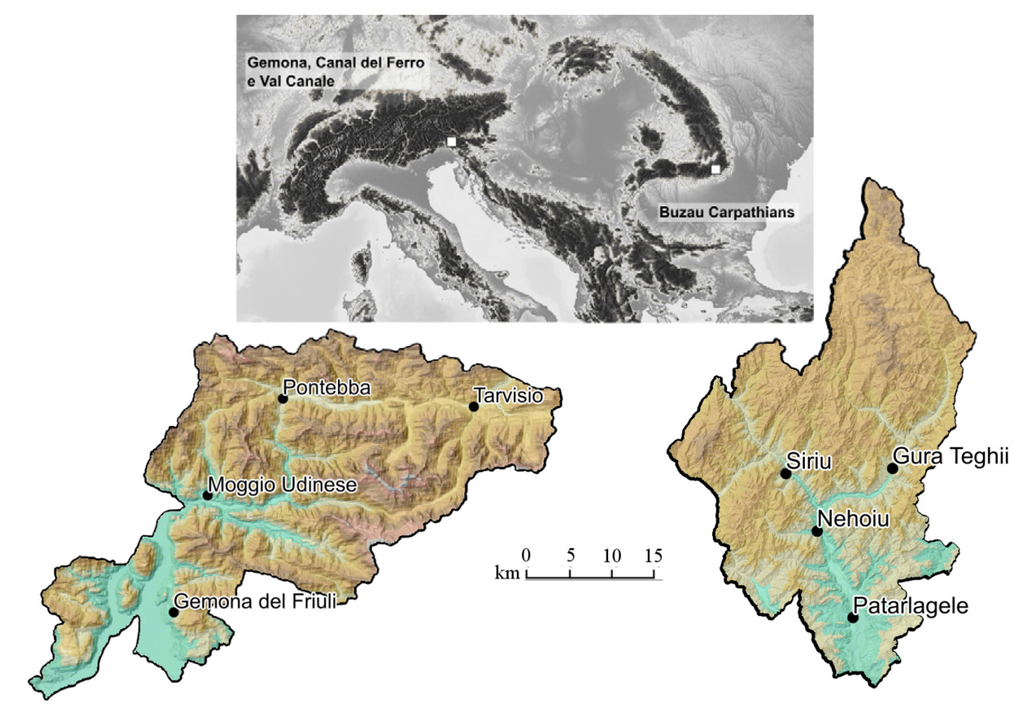