Impact of Demographic Growth on Seawater Intrusion: Case of the Tripoli Aquifer, Lebanon
Next Article in Special Issue

Ecosystem Perceptions in Flood Prone Areas: A Typology and Its Relationship to Preferences for Governance
Previous Article in Journal

The Water Abstraction License Regime in Italy: A Case for Reform?

The current Water Abstraction License (WAL) regime in Italy is no longer flexible enough to cope with the challenges posed by human-induced climate and global environmental changes. The cornerstones of the current regime were laid down in the 1930s and have remained essentially unchanged ever since. The sole noteworthy reform of the Italian WAL regime was the decentralization of the regulatory competences from the state to the regional authorities in the late 1990s. In this paper, we review the WAL regimes across the administrative regions comprising the Po River Basin District (PRBD), the largest and economically most important in Italy. PRBD’s WAL regime includes a rigid and scattered WAL normative that hinders the performance of bottom-up conflict resolution mechanisms at a basin scale; a water pricing scheme that does not reflect the cost of water conveyance and use, and does not encourage efficient water allocation; and the lack of a central WAL register, which delays and in some cases impedes an environmental impact assessment for issuing new licenses or renewing existing ones, and does not allow prioritizing applications according to their full economic value. We argue these deficiencies may compromise both the integrity of riverine and water dependent ecosystems and the economic uses of water. This paper offers insights that can inform reform of water allocations in the PRBD and elsewhere in Italy and in Europe. View Full-Text
Keywords: water abstractions license; water fee; water security; Po River Basin District water abstractions license; water fee; water security; Po River Basin District
►▼ Show Figures 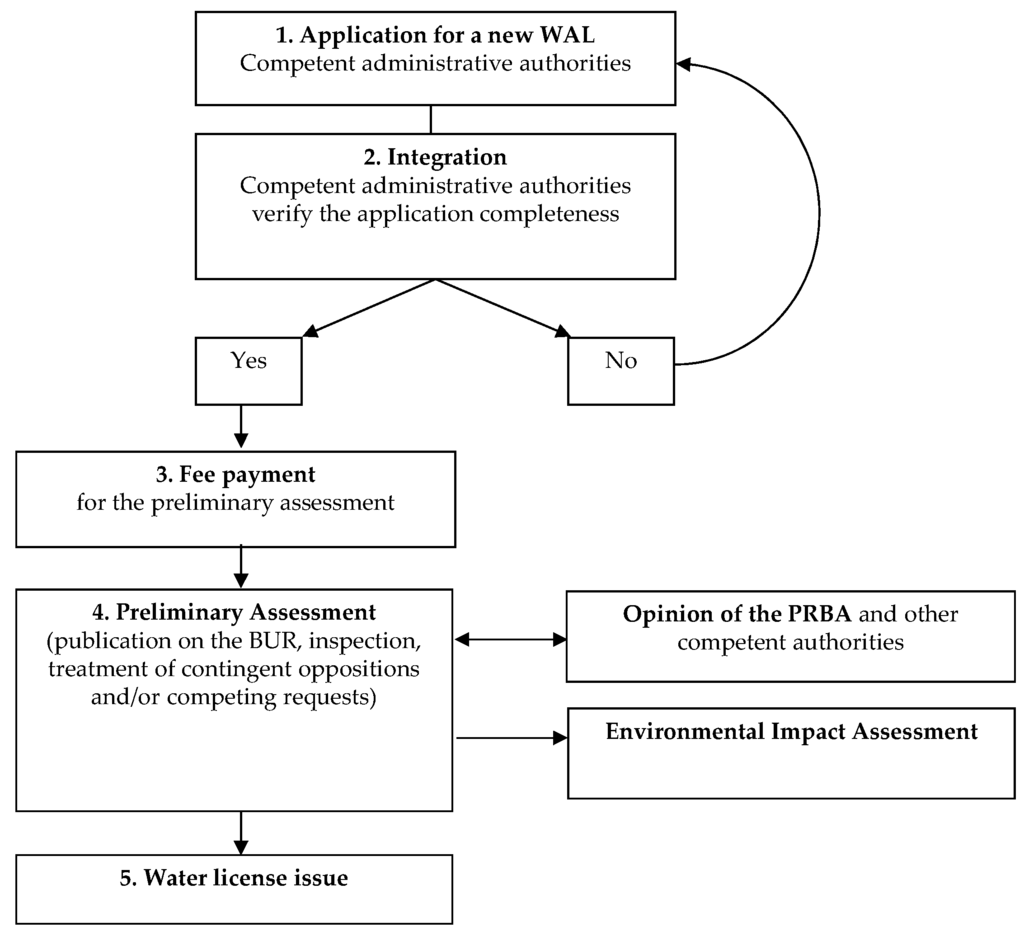