Extracting surface water distribution with satellite imagery has been an important subject in remote sensing. Spectral indices of water only use information from a limited number of bands, thus they may have poor performance from pixels contaminated by ice/snow, clouds, etc. The detection algorithms using information from all spectral bands, such as constrained energy minimization (CEM), could avoid this problem to some extent. However, these are mostly designed for hyperspectral imagery, and may fail when applied to multispectral data. It has been proved that adding linearly irrelevant data to original data could improve the performance of CEM. In this study, two kinds of linearly irrelevant data are added for water extraction: the spectral indices and the spectral similarity metric data. CEM is designed for targets with low-probability distribution in an image, but water bodies do not always satisfy this condition. We thereby impose a sensible coefficient for each pixel to form the weighted autocorrelation matrix. In this study, the weight is based on the orthogonal subspace projection, so this new method is named Orthogonal subspace projection Weighted CEM (OWCEM). The newly launched Landsat 8 images over two lakes, the Hala Lake in China with ice/snow distributed in the north, and the Huron Lake in North America, a lake with a very large surface area, are selected to test the accuracy and robustness of our algorithm. The Kappa coefficient and the receiver operating characteristic (ROC) curve are calculated as an accuracy evaluation standard. For both lakes, our method can greatly suppress the background (including ice/snow and clouds) and extract the complete water surface with a high accuracy (Kappa coefficient > 0.96). View Full-Text
Keywords: water extraction; CEM; OWCEM (orthogonal subspace projection weighted CEM); Landsat 8 OLI/TIRS water extraction; CEM; OWCEM (orthogonal subspace projection weighted CEM); Landsat 8 OLI/TIRS
►▼ Show Figures 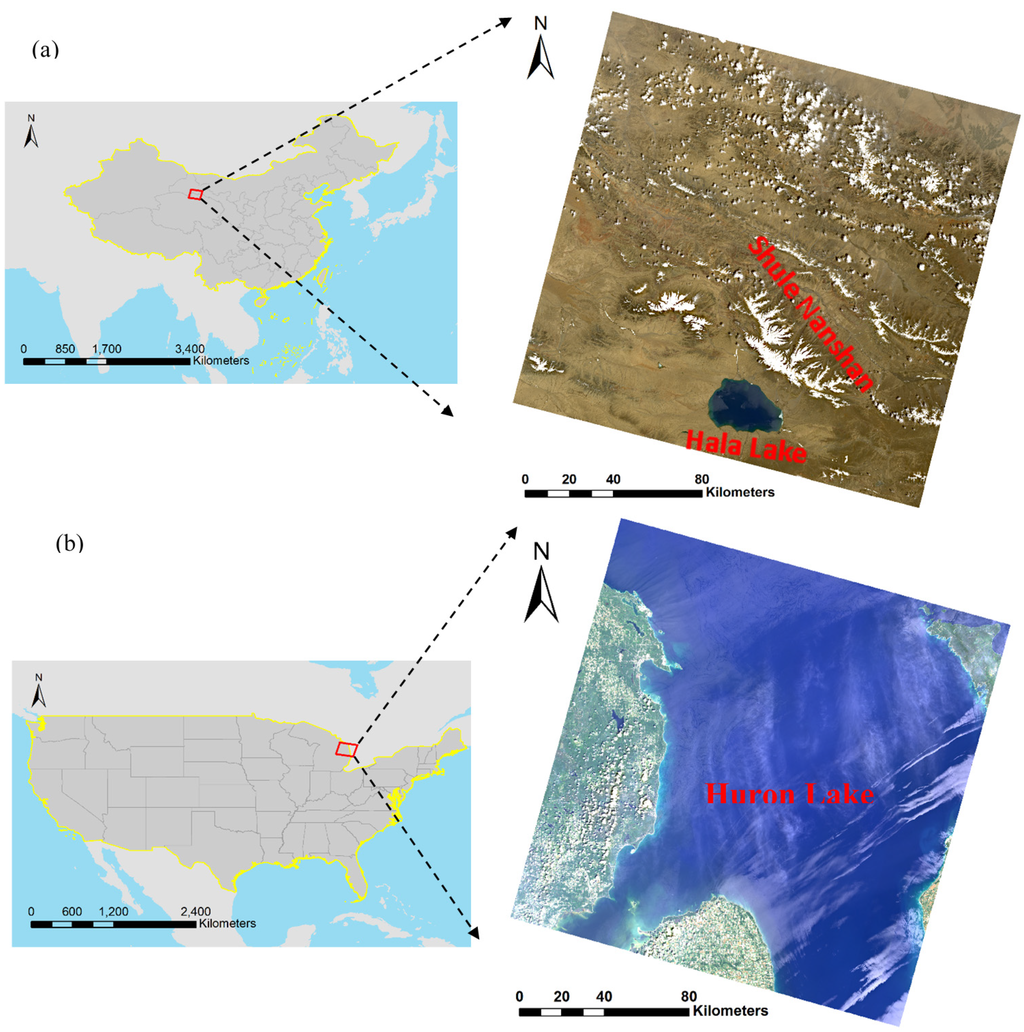