Utilization of Ion-Exclusion Chromatography for Water Quality Monitoring in a Suburban River in Jakarta, Indonesia

We evaluated the use of ion-exclusion chromatographic systems for analyzing the behavior of inorganic ions (e.g., bicarbonate, sulfate, chloride, nitrate, phosphate, dissolved silicate, sodium, ammonium, potassium, magnesium, and calcium ions) in a suburban river located in Jakarta, Indonesia. Carbonate, phosphate, and silicate ion concentrations were determined using ion-exclusion chromatography (IEC) on a weakly acidic cation-exchange resin column (WCX) in the H+-form with water eluent. Other ions were identified by ion-exclusion/cation-exchange chromatography (IEC/CEC) on a WCX column with tartaric acid eluent. The use of IEC systems for water quality monitoring was advantageous for the following reasons: (1) the concentrations of analyte ions, except NO3− and silicate ions, increased from upstream to downstream; and (2) the speciation of inorganic nitrogen ions could be analyzed by single injection into the IEC/CEC. The IEC approach provided beneficial information for the construction of sewage treatment facilities in our study area. Results showed that (1) the analyte concentrations for samples obtained in the downstream area were higher than those in the upstream area owing to contamination by domestic sewage; (2) the concentrations of NO3− and NH4+ correlated with the concentration of dissolved oxygen; and (3) bicarbonate concentrations increased downstream, likely due to respiration of bacteria and dissolution of concrete under low-oxygen conditions. View Full-Text
Keywords: ion-exclusion chromatography; inorganic ions; microbial reaction; suburban river; water in developing countries ion-exclusion chromatography; inorganic ions; microbial reaction; suburban river; water in developing countries
►▼ Show Figures 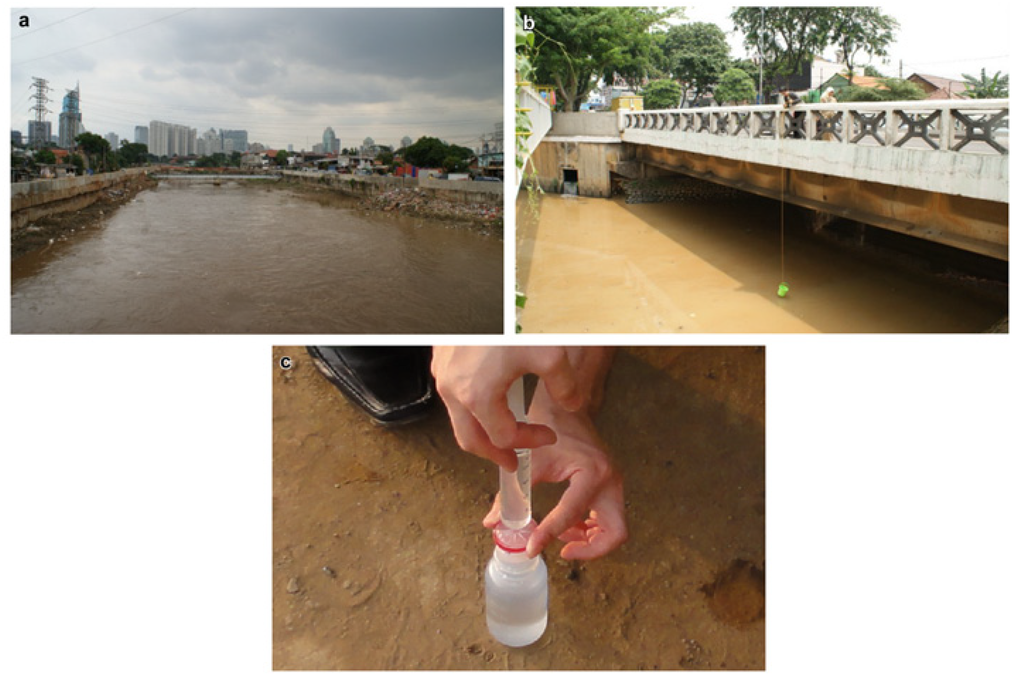