P index is a management tool commonly used to identify critical source areas (CSAs) in agro-catchments. We tested the applicability of several P-index models adjusted to Eastern Mediterranean conditions. On the basis of model structure and data requirements, we selected the Arkansas model and two models with the RUSLE equation and runoff curve number (RCN). Concurrently, we developed a GIS-based Hermon-P model which was designed to simulate rainfall–runoff events representing the major nutrient-transport mechanism in Eastern Mediterranean. The P index values computed by the Arkansas and RUSLE models exhibited low correlation (r2 < 0.32) with the measured soluble reactive (SRP) and total P (TP), while the RCN model result correlations were somewhat higher (r2 = 0.53 for SRP and 0.45 for TP). High correlations between the calculated and measured P during rainfall–runoff events were only achieved with the Hermon model (r2 = 0.77 to 0.9). These high coefficients resulted from avoiding subjective categorization of the continuous variables and using the measured site-specific erosional predictors instead. On one occasion, during the first significant runoff event of the year, the Hermon model failed to predict total P in the stream water (r2 = 0.14) because of considerable resuspension of stream sediments. Most of the P-index models are based on the perceptual transfer-continuum framework that was developed for temperate agro-catchments; this framework does not consider P resuspension along streams during rainfall–runoff events. Hence, a new set of equations should be added to the P index to account for potential resuspension in Eastern Mediterranean streams at the beginning of the hydrological year. View Full-Text
Keywords: phosphorus; P index; agro-watershed; rainfall–runoff event phosphorus; P index; agro-watershed; rainfall–runoff event
►▼ Show Figures 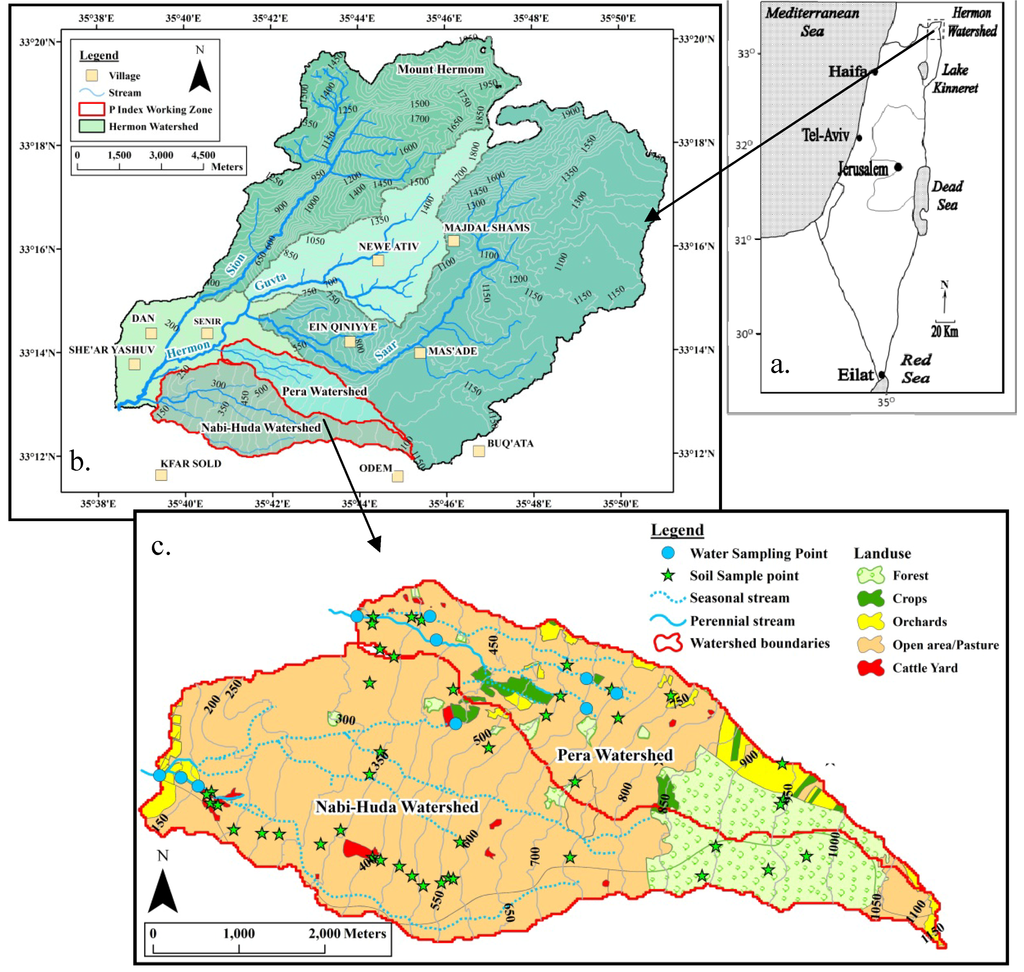