:
Low flow is a parameter that is used for many purposes in water management. It is particularly important in terms of the needs of small water supply systems, which usually are located in ungauged catchment areas. The aim of this study is to determine the values of seasonality indices for the regionalization of low flow characteristics in the Upper Vistula river basin. This study analyzed three seasonality indicators (seasonality index—SI; seasonality histograms—SHs; and seasonality ratio—SR) in 32 selected catchments differentiated in terms of selected physiographic and meteorological characteristics. Daily flows, from the years 1951–2016, were used in the study. On the basis of the analysis, regions characterized by similar values of seasonality indicators were delineated. The non-hierarchical method of cluster analysis, i.e., the K-means method, was used for this purpose. For each region, obtained by this method, regression models were determined using stepwise regression analysis. Three groups of low flow occurrences were determined: winter, summer and mixed. The delineation of an additional mixed group for the Upper Vistula river basin resulted in a much better fit of calculated flows to observed values than in the case when only two groups of low flow seasonality were determined (winter and summer).
Keywords:
low flow; seasonality indices; K-means method; Upper Vistula river basins

In the paper, values of the seasonality ratio (SR), cyclic seasonality index (SI) and seasonality histograms (SHs) were determined for regionalization of low flow characteristics in the catchments located on the area of the Upper Vistula basin. The predictive low flow models developed in the study area can be used for the low flow estimation in ungauged catchments. They provide information on the seasonality of low flow occurrence with varying accuracy. The most accurate information was obtained from seasonality histograms (SH), SI being a compact indicator and SR is a simplified indicator. For all analyzed indices, the occurrence of winter low flow seasonality concerned the same four catchments. In contrast, summer low flows occurred in the remaining 28 catchments. However, a more detailed histogram analysis made it possible to identify catchments of mixed type (nine catchments). In their case, despite dominant summer low flows, winter low flows were also observed.
Basing on determined seasonality indices of analyzed catchments of the upper Vistula river basin, regional regression models for low flow q95 were determined. The regression relations for the global model (without clustering) and for two groups (winter and summer low flow seasonality) were based on catchment slope, which had a positive designation. For the three groups, the factor influencing q95 was soils (cambisols), which had a positive designation in the case of summer low flow seasonality and a negative designation in the case of the mixed group. This is related to the location of the catchment in the Upper Vistula river basin. The mixed group includes catchments located in upland, Carpathian foothills and mountain climates. In terms of water circulation, the catchments of this group are characterized by poorly permeable and impermeable soils. On the other hand, catchments characterized by summer low flow seasonality are located in upland climate and sub-Carpathians and are characterized by occurrence of moderately and easily permeable soils.
The procedure is one of the proposals for determining low flow, based on the seasonality of its occurrence, which should be supplemented in the future with a larger number of catchments and other methods for their classification. The results indicate that the determination of regression models for different groups of low flow seasonality may be a promising tool for the determination of this parameter in ungauged catchments. The results of the predictive regression models can be used to calculate low flows in ungauged catchments for various water management purposes. The results of such studies are particularly important for the design of new facilities and the modernization of existing water intakes for small local water supply systems. Climate change is causing the current local water intakes to be insufficient for the growing needs of the population in Poland and other countries. Information on streamflow patterns throughout the river network are needed to provide useful information to all concerned, which can then be used to propose regulations that are consistent with the hydrological patterns of each catchment. The analysis of the seasonality of low flows can provide water management information by revealing when low flows are likely to occur and by providing context for predicting the regionally varying impacts of climate change on low flows. 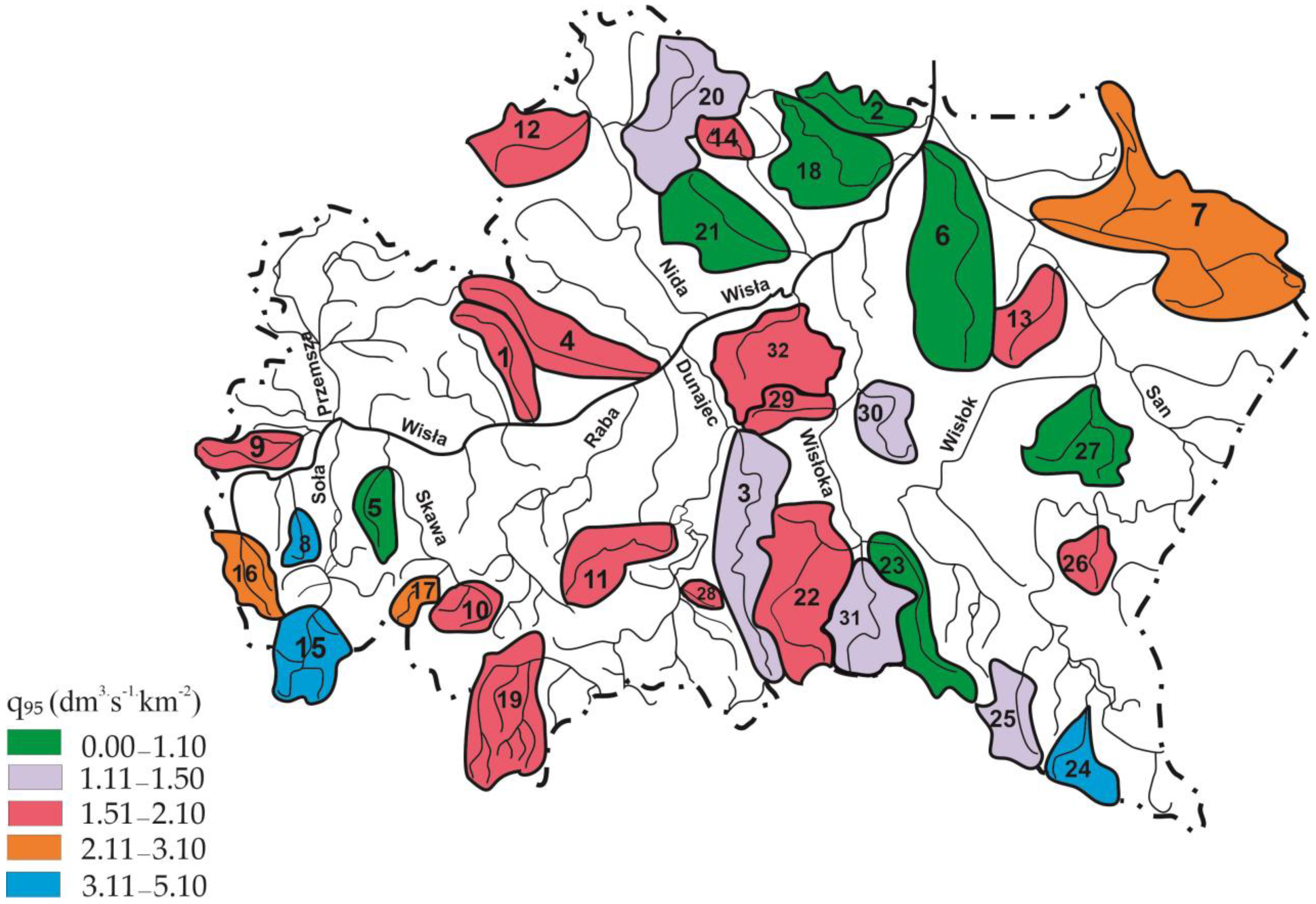 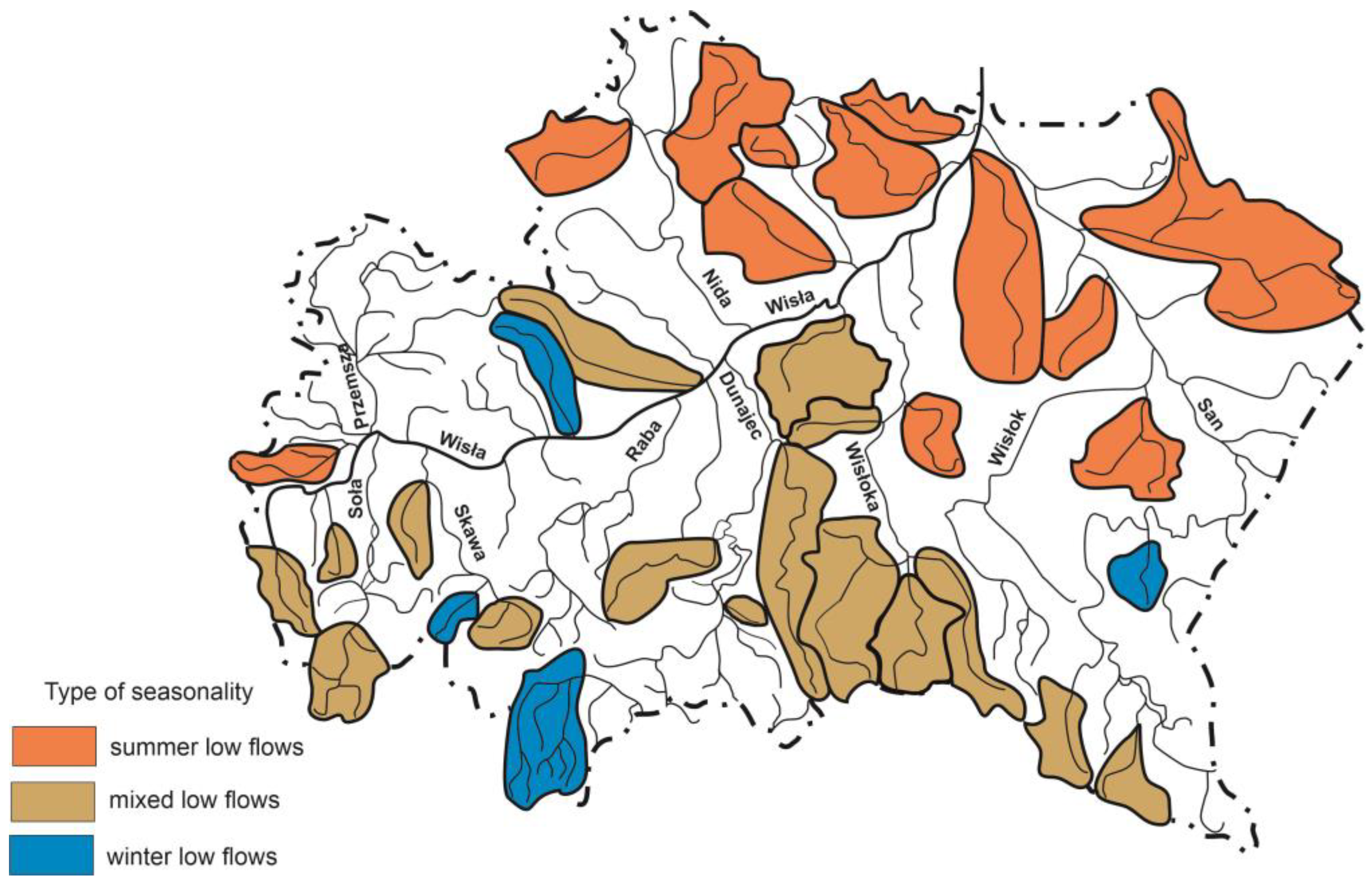 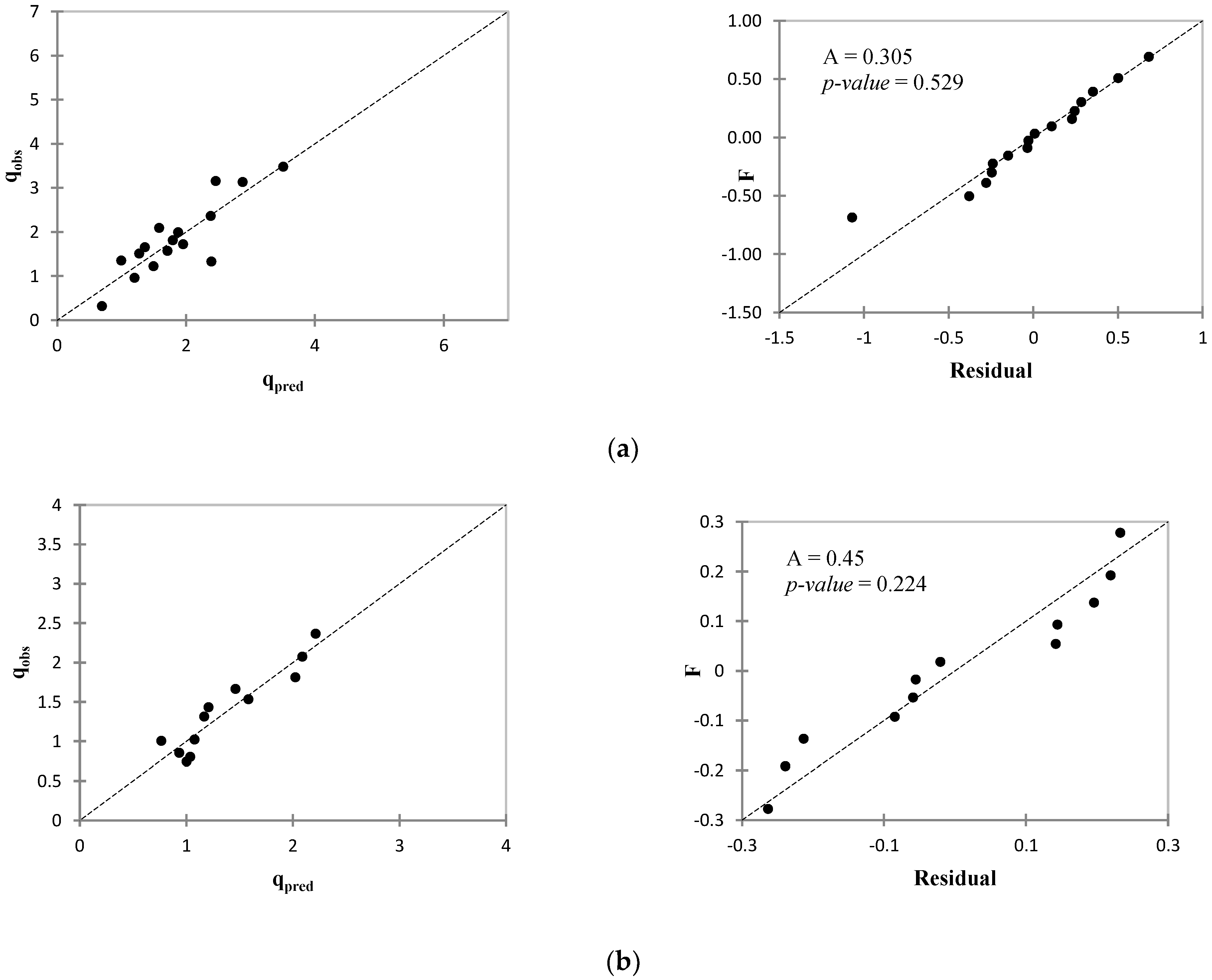