:
Backward erosion piping accounts for one of the leading threats to dams and levees throughout the world. A laboratory modeling program has been conducted to interpret pore pressure data and observations collected during backward erosion piping (BEP) initiation and progression in sandy soils. An analytical model has been applied to assess the development of BEP mechanisms as well as calculating the critical hydraulic conditions required for various BEP stages to initiate and progress. The results with the predicted model are produced by successively matching the hydraulic head regime surrounding the developing BEP stages based on observations and pore pressure measurements obtained from the laboratory models. Interpretation based on an analytical model allows assessment of the processes governing BEP initiation and progression, including: (1) substantial concentrations of seepage flow around the edge of the exit area resulting in increased gradients and BEP initiation (i.e., sand boiling); (2) soil particles collapsing leading to BEP progression (i.e., channel development). The findings of the study identified the criterion for governing channel progression that can be applied to the assessment of BEP mechanics.
Keywords:
backward erosion piping; laboratory modeling; analytical model; concentration flow; soils collapsing

Backward erosion piping (BEP) is one of the least understood mechanisms of internal erosion observed in dams, levees, and their foundations. Internal erosion in its various forms can be attributed as one of the main causes of dam and levee failures worldwide [1,2]. BEP occurs with the removal of individual non-plastic soil particles out of a seepage exit point thus resulting in the formation of a “backward” progressing channel or pipe toward the seepage source.
Overview of BEP mechanism. A schematic interpretation of a condition where BEP frequently occurs through a defect in an overlying low-permeability layer is presented in Figure 1. The BEP mechanism consists of: (1) the formation of a loosened zone, (2) detachment of individual soil particles, (3) transportation of soil particles to an exit, and (4) the formation of one or several pipes. The loosened zone initially forms at the exit location and has been observed to progress with the developing erosion [3,4]. As the hydraulic gradient and total flows increase, the flow in the defect area starts carrying soil particles in suspension and the soil is “fluidized” [5,6,7]. Because the pipe is a path of least seepage resistance, the pressure loss and hydraulic gradient inside the piping path decrease, then seepage from the surrounding soil converges into the pipe and increases both the hydraulic gradient at the pipe head and the flow volume within the pipe. Therefore, the pipe now has more capacity to progress toward the flow source, forming an erosion pipe and uncontrolled erosion can lead to the potential collapse of the structure.
Background. Numerous investigations are based on laboratory testing by a number of researchers with the goal of observing the BEP mechanisms and quantifying the hydraulic driving forces needed to initiate and progress BEP. Sellmeijer and his co-workers from Delft Geotechnics Laboratories and Delft Hydraulics in the Netherlands performed a wide variety of BEP flumes tests on determining the critical hydraulic condition for BEP development across the water retention structure [8,9,10,11]. At the same time, Miesel and his co-workers from Germany conducted an extensive investigation for BEP processes [12,13,14]. Most experiments indicated that BEP can initiate at one differential head and then reach an equilibrium state without further BEP development, or a further increase in the differential head is needed for the pipe to lengthen (progression controlled). However, in some of the experiments, BEP can initiate at one differential head and then progress backward continuously towards the seepage source without reaching any equilibrium (initiation controlled) [15,16,17,18]. Schmertmann also studied BEP through a variety of experimental flumes for analyzing the critical heads needed for BEP initiation and progression [19]. The uniformity coefficient of the sand was found to play a significant role in the erosion potential.
Although these flume experiments focus on the behavior of progressing BEP, their main objective was to predict the critical hydraulic loading that was leading BEP initiation and progression to failure, the small-scale mechanisms occurring around the initiated point of erosion which play an important role in determining the progression, especially the controlled factors for initiated erosion, and how to propagate to channel initiation and development.
Several analytical predictive methods for determining the critical head have been developed to investigate the critical conditions that lead to BEP failure. Sellmeijer combined groundwater flow equations with equations for the micro-scale processes in the pipe (grain equilibrium and Poiseuille flow) [9]. The model was calibrated using large-scale experiments in the Delta flume and recently adapted on the basis of the results of additional experiments [10,20]. Hoffmans deduced the Shields–Darcy model to predict pipe erosion with the theories of Hagen–Poiseuille, Darcy–Weisbach, Grass and Shields as well as the allowable hydraulic gradient at which the failure mechanism occurs [21]. However, the Sellmeijer model is known to perform good predictions for large-scale experiments with 2D configurations but overpredicts the critical gradient in a three-dimensional configuration [22]. The Hoffmans model, used to calculate the critical hydraulic gradient at which backward erosion leads to dike failure, has been verified with comparison using over 100 laboratory experiments and some field observations, but field observations indicated that only a small portion of BEP initiation cases propagated without reaching equilibrium until complete failure [23,24]. For these reasons, it is of significance to be able to assess the BEP progression level corresponding with different hydraulic condition, such as the relationship between the differential head of a location and channel length.
The main goal in this study is to assess the intermediate condition under which BEP progression stops before reaching complete development of the erosion, which is built upon previous three-dimensional laboratory test apparatus developed by Peng et al. [3] and modelling them using analytical predictive equations by Xiao et al. [25]. First, this paper briefly describes the conducted experiments and Xiao’s analytical model, then analyzes the predicted erosion with comparison to the test results and discuss the mechanisms of the BEP erosion process and the criterion for governing BEP progression.

The initiation and progression of backward erosion piping around the exit area in uniformly graded sands was assessed through laboratory tests. The observations and pore pressure measurements were interpreted by rectifying the observed progression and changes in the flow regime using an analytical model. The analytical model for predicting BEP initiation progression on the basis of the effect of a ditch in front of a channel tip was found to provide accurately calculated results, corresponding with the general observed and measured conditions at various stages of BEP development.
The mechanisms of BEP initiation and early progression in sandy soils when a defect was present in an overlying soil blanket were studied. The position of the first visible movement and sand boils were assessed as the preferential pathway pressure from increased gradients which are concentrated around the edge of the riser. The soil particles in front of the channel tip can achieve equilibrium with the cover providing counterforce to the soil, and the channel will progress backward to seepage force only due to a horizontal seepage force greater than the frictional force acting on soils caused by the contact with the cover plate.
The model has only evaluated the validity of the application on small-scale experiments. Further research is needed to provide more insights into the mechanisms of BEP and the capability to predict the occurrence of BEP over a range of problem scales.

S.P. wrote the main manuscript text and prepared all the figures and tables. S.P. and J.D.R. contributed to the experiments. H.P., S.P., H.C. and G.L. developed the methodology. All authors have read and agreed to the published version of the manuscript.

The datasets used and/or analyzed during the current study are available from the corresponding author on reasonable request.

The authors would like to acknowledge the support of National Natural Science Foundation of China (Grant No. 51978282), the Natural Science Foundation of Guangdong Province (2020A1515010583) State Key Lab of Subtropical Building Science, South China University of Technology (2022ZB21) and Guangdong Provincial Key Laboratory of Modern Civil Engineering Technology (2021B1212040003).

The authors declare that there are no known conflicts of interest associated with this publication and there has been no significant financial support for this work that could have influenced its outcome. 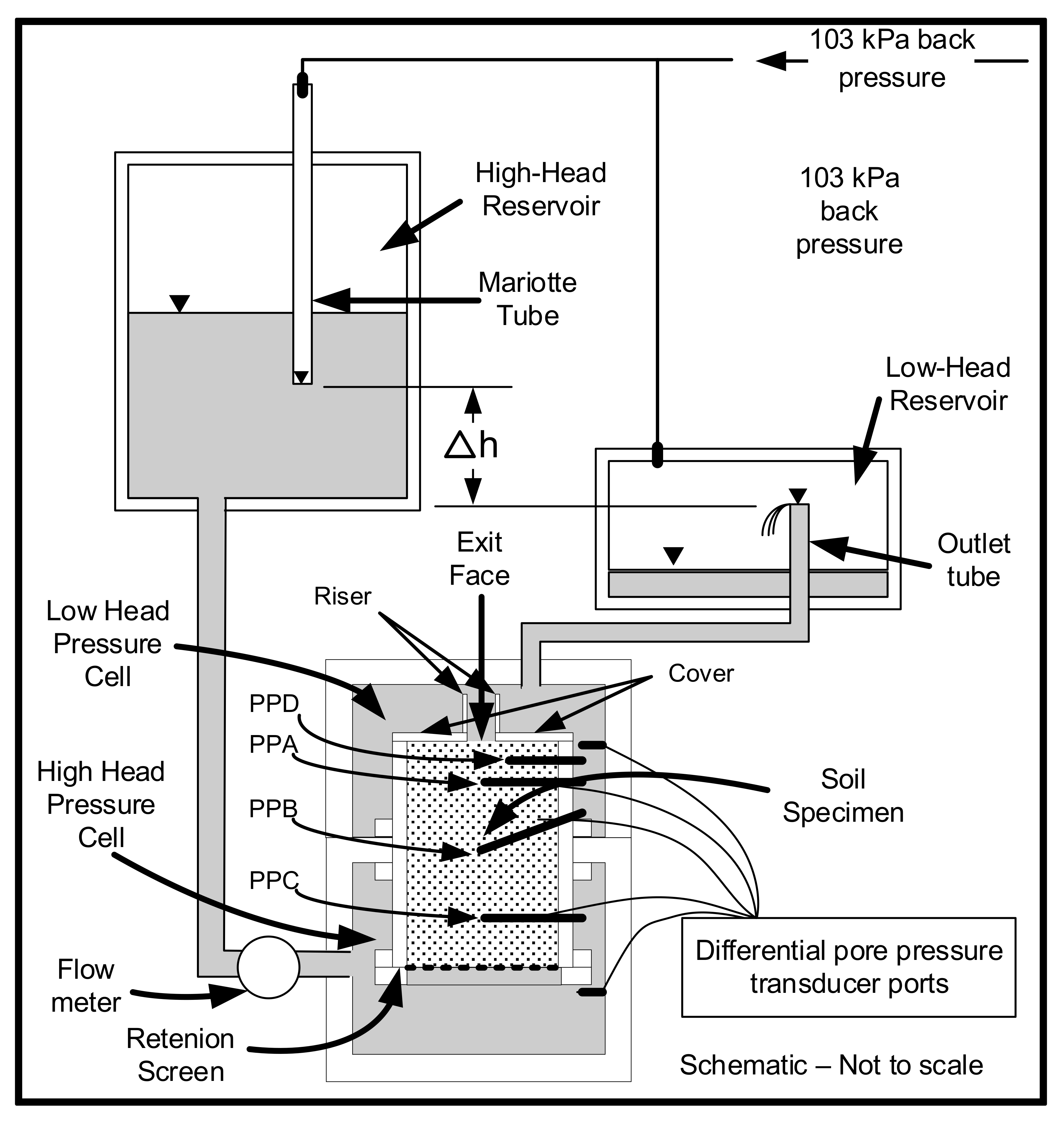 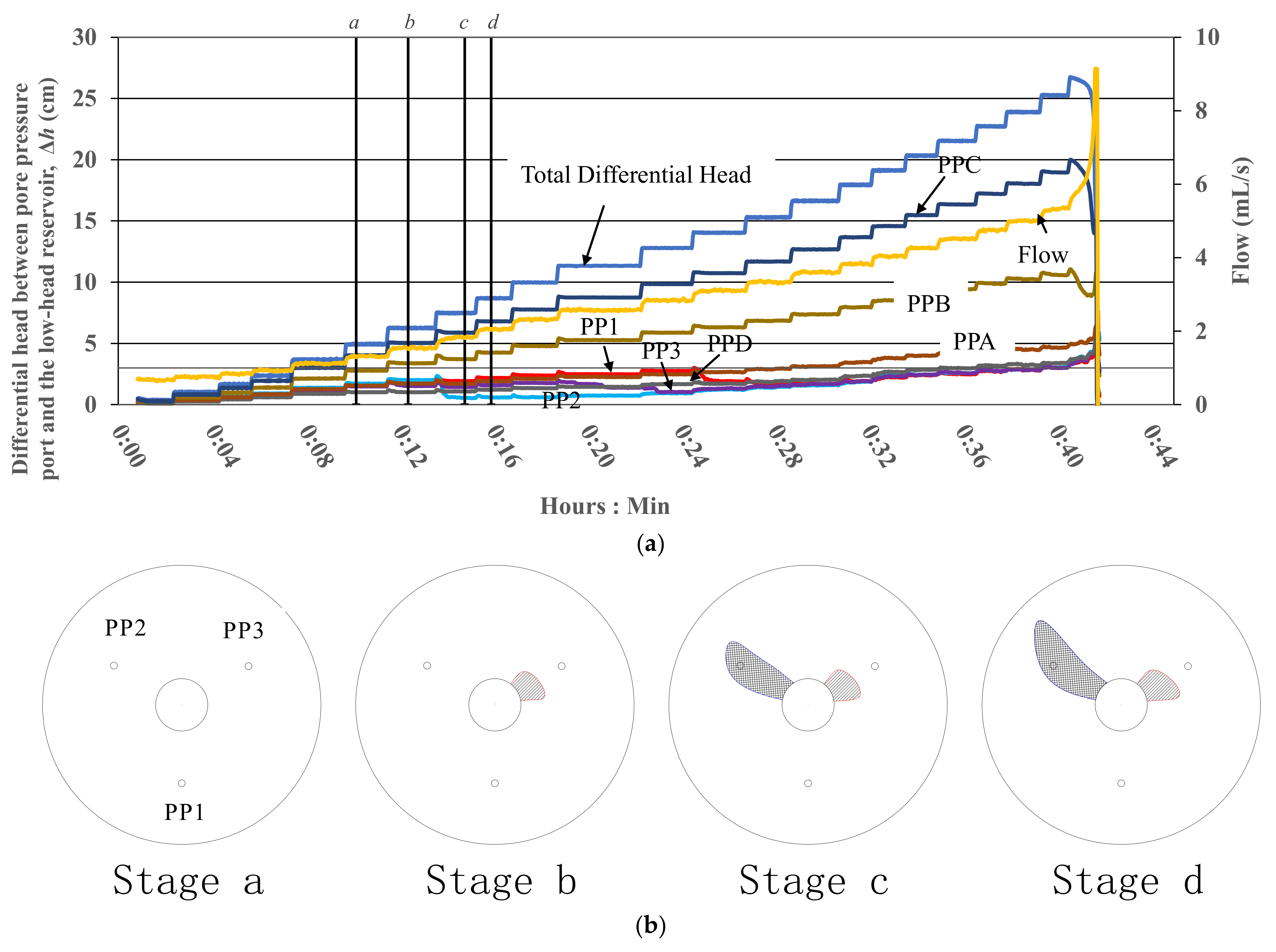 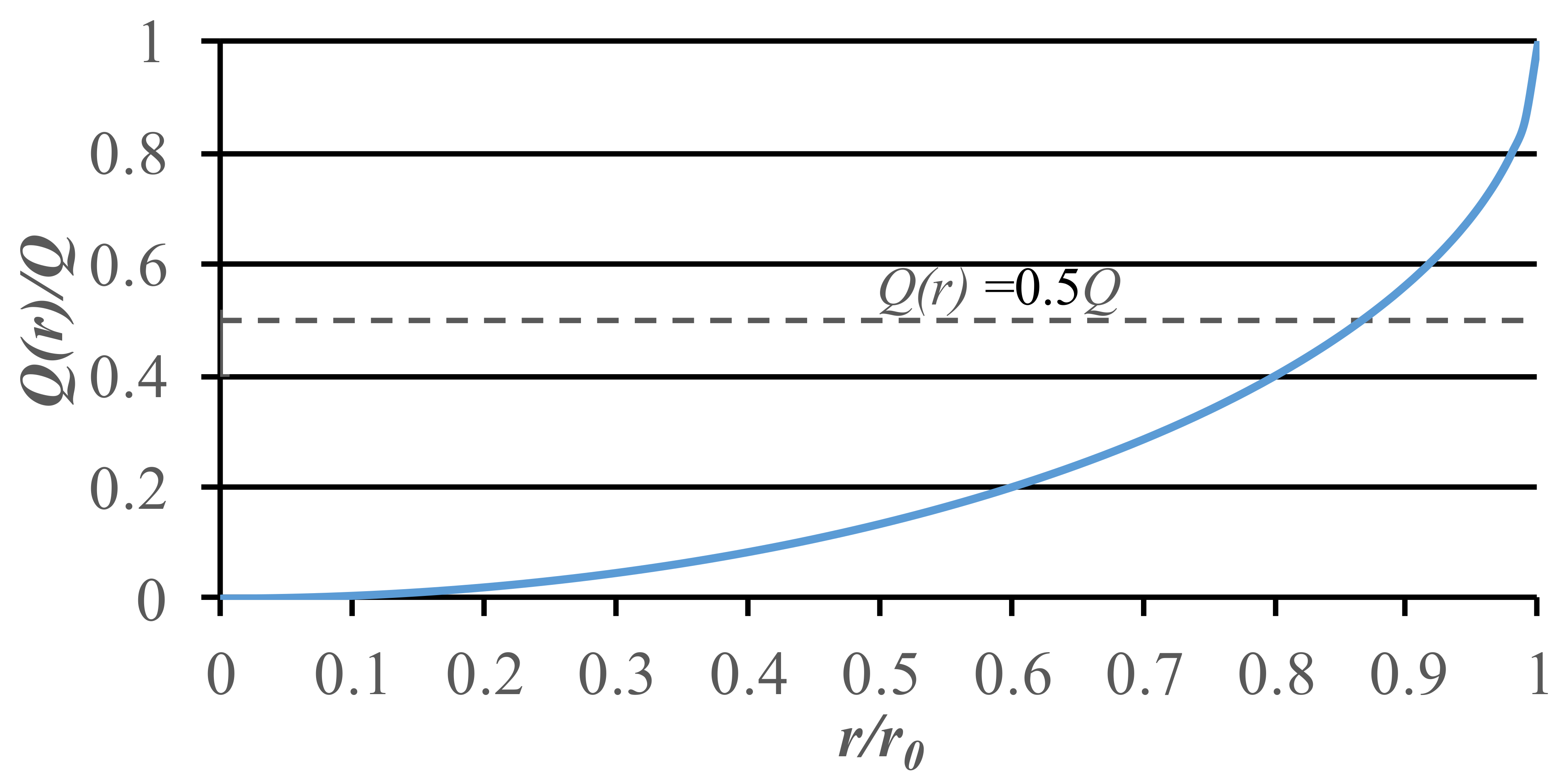 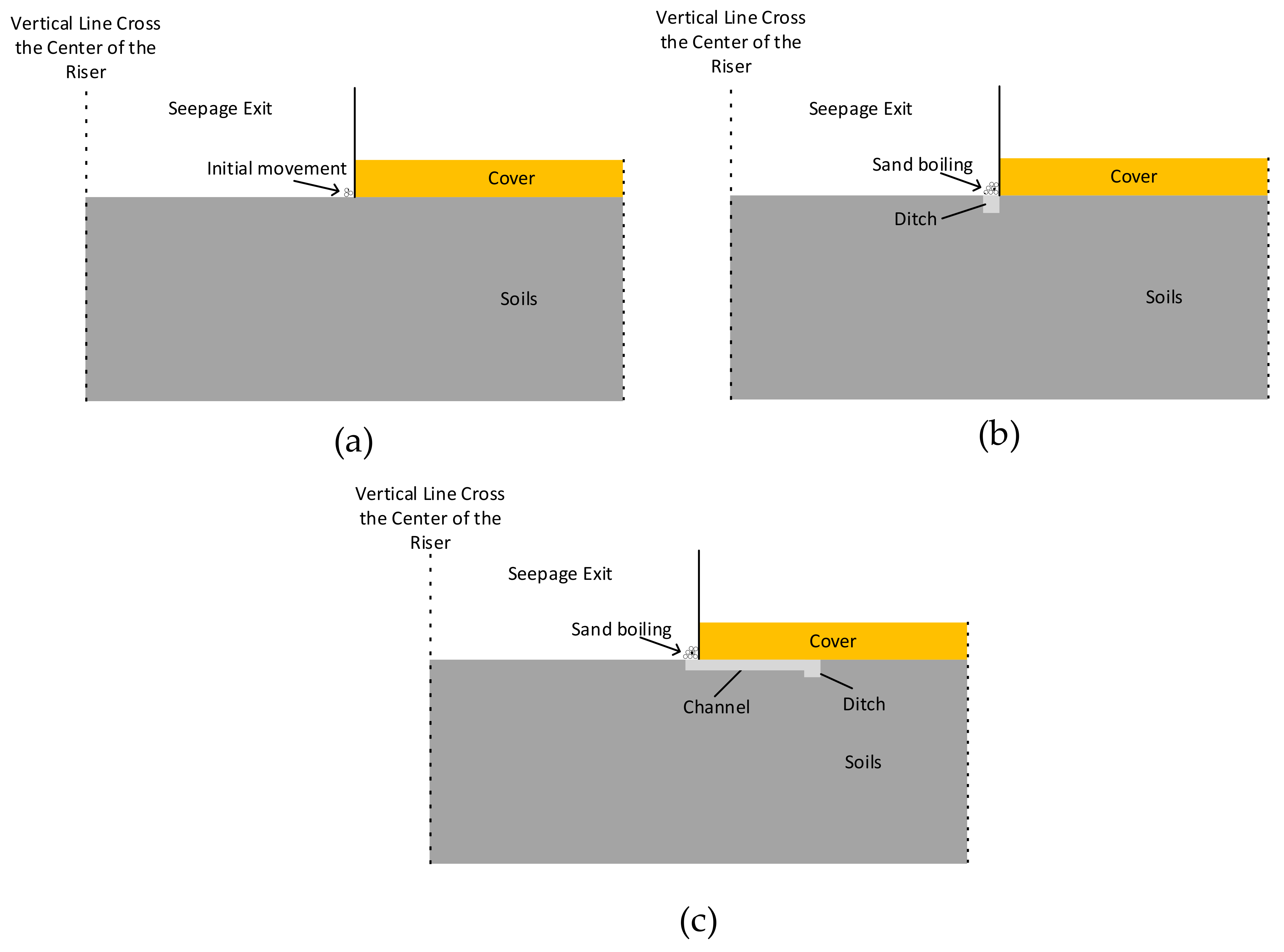 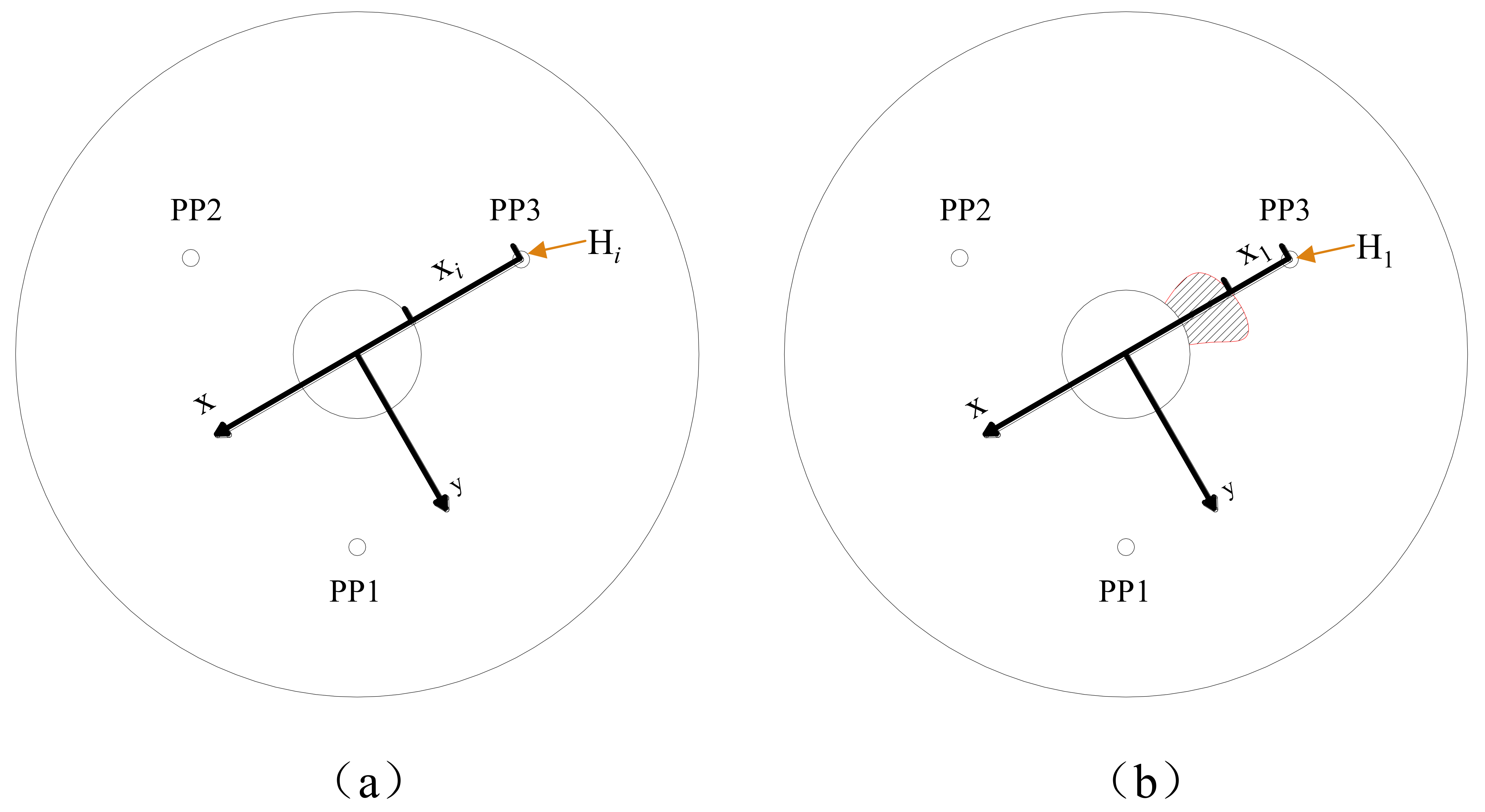