Coordination among Water Transport, Photosynthesis and Nutrition under Climate Change: Stronger Responses of a Native than an Invasive Herb

Climate change will impact all plant physiological processes including water transport, photosynthesis, and nutrient assimilation. How these processes are coordinated in response to climate change is not fully understood. Here we tested how these processes will respond to elevated CO2 concentration ([CO2]) and temperatures for two herbaceous species (an invasive and a native Eupatorium species in East Asia; family Asteraceae) and whether these processes are coordinated using a controlled experiment. We also investigated the differences between these two species, and the structural basis for changes in physiology. Leaf photosynthetic capacity (Amax, measured under ambient conditions) increased significantly in the native species, while that of the invasive species did not change under elevated [CO2] and temperatures. The leaf hydraulic conductance (Kleaf) of both species tended to increase under elevated temperatures and [CO2], with that of the native species increasing to a greater extent. Changes in Kleaf and Amax were coordinated, and Kleaf was closely associated with leaf minor vein density across treatments. The increased photosynthetic capacity of the native species was probably related to an increased N investment in photosynthesis; its leaf N decreased but chlorophyll concentration increased inviting detailed studies in N partitioning. No coordination between water use (water transport, stomatal conductance, and water use efficiency) and leaf tissue nutrient (N, P) concentrations was found, probably owing to the active control in nutrient uptake. Thus, photosynthesis is coordinated with water transport in response to climate change, while the coordination between water use and nutrient accumulation can be absent due to active control. Our results also suggest that global climate change will not necessarily fuel more positive responses in invasive plants than native plants. View Full-Text
Keywords: global warming; leaf hydraulic conductance; invasiveness; leaf water use efficiency; nitrogen partitioning; Eupatorium adenophorum; Eupatorium fortunei; congeners global warming; leaf hydraulic conductance; invasiveness; leaf water use efficiency; nitrogen partitioning; Eupatorium adenophorum; Eupatorium fortunei; congeners
►▼ Show Figures 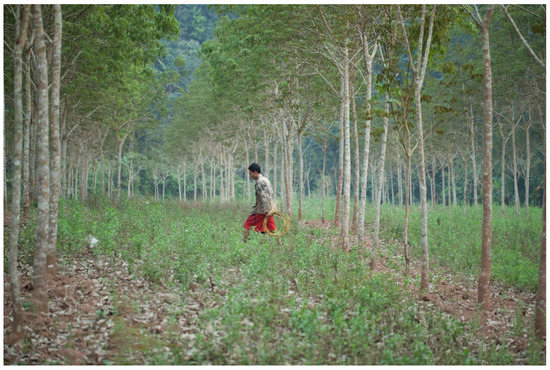