Nanomaterial-Based Sensors for the Detection of Glyphosate

Groundwater is a vital water resource for economic, agricultural, and domestic purposes in arid regions. To reduce water scarcity in arid regions, recently, remote sensing and GIS techniques have been successfully applied to predict areas with prospective water resources. Thus, this study attempted to spatially reveal groundwater potential zones (GWPZs) and to conduct change detection on the desert fringes of Wadi Asyuti, a defunct tributary of Egypt’s Nile basin in eastern Sahara. Eleven influential groundwater factors generated from remote sensing imagery, and geological, hydrological, and climatic conditions were combined after giving a weight to each factor through a GIS-based Analytical Hierarchy Process (AHP) coupled with the weighted overlay technique (WOT). The results revealed six distinctive zones with scores ranging from very low (10.59%) to excellent (3.03%). Thirty-three productive groundwater wells, Interferometry Synthetic Aperture Radar (InSAR) coherence change detection (CCD), a land use map derived from Sentinel-2, and the delineated flooding zone derived from Landsat-8 data were used to validate the delineated zones. The GWPZs indicated that 48% of the collected wells can be classified as consistent to excellent. The Normalized Difference Vegetation Index (NDVI) and image classification were applied to the multi-temporal Landsat series and Sentinel-2 along with the InSAR CCD data derived from Sentinel-1 images to reveal dramatic changes in land use/land cover (LU/LC) in terms of agricultural and other anthropogenic activities in the structurally downstream area, which is the most promising area for future developments. Overall, the integration of radar and multispectral data through the GIS technique has the ability to provide valuable information about water resources in arid regions. Thus, the tested model is a promising technique, and such information is extremely significant for the guidance of planners and decision makers in the area of sustainable development. View Full-Text
Keywords: groundwater; remote sensing; GIS; modeling; arid region; change detection groundwater; remote sensing; GIS; modeling; arid region; change detection
►▼ Show Figures 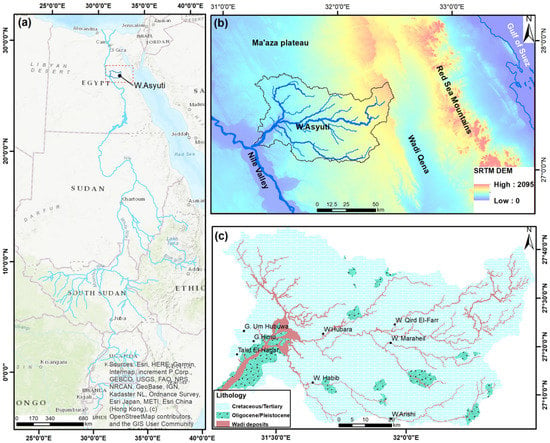