Changes in Pelagic Fish Community Composition, Abundance, and Biomass along a Productivity Gradient in Subtropical Lakes

How fish communities change with eutrophication in temperate lakes is well documented, while only a few studies are available from subtropical lakes. We investigate the fish community structure in 36 lakes located in the Yangtze River basin, covering a wide nutrient gradient. We found that fish species richness and total fish catch per unit effort (CPUE) increased significantly with chlorophyll a (Chla). Among the different feeding types, the proportion of zooplanktivores increased significantly with Chla, while the percentage of omnibenthivores showed no obvious changes; the CPUE of piscivorous Culter spp. increased with Chla, while their proportion of total catch decreased pronouncedly. Based on the index of relative importance (IRI), the most important and dominant fish species was the zooplanktivorous Sijiao (Toxabramis swinhonis), followed by the omniplanktivorous sharpbelly (Hemiculter leucisculus) and the omnibenthivorous crucian carp (Carassius carassius), a small-sized species belonging to the Cyprinidae family. The CPUE of these three species increased significantly with Chla. The focus has, so far, been directed at large fish, but as emphasized by our results, the abundant small fish species were dominant in our subtropical study lakes even in terms of biomass, and, accordingly, we recommend that more attention be paid to the population dynamics of these species in the future. View Full-Text
Keywords: lake eutrophication; fish community structure; total phosphorus; chlorophyll a; shallow lake; Yangtze River basin lake eutrophication; fish community structure; total phosphorus; chlorophyll a; shallow lake; Yangtze River basin
►▼ Show Figures 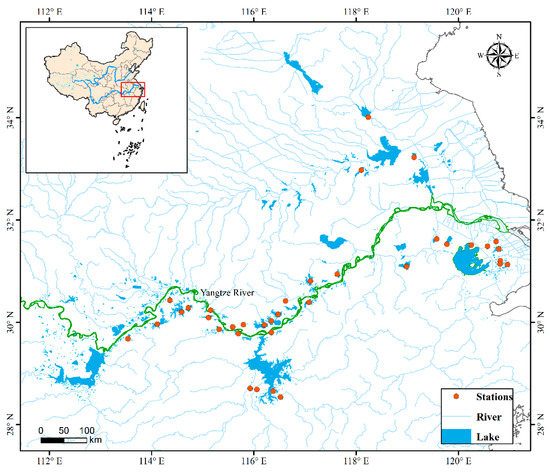