In Abu Dhabi, in the United Arab Emirates (UAE), the population and water demand have nearly tripled in the last two decades. Thus, it has become critical to curtail the growing water demand. This study aimed to evaluate the efficacy of Abu Dhabi’s residential water demand management through the installation of water-saving fittings. The analysis of water consumption time-series data revealed that water consumption of the three water user categories was significantly different. Briefly: water-tariff exempt users consumed 95.19 m3/d/connection in 2019, followed by nationals with 5.14 m3/d/connection, and expats at 0.7 m3/d/connection. Nationals began saving water in 2011, which was earlier than the water tariff revision of 2015. In a newly developed area of Khalifa City, the water consumption of new residents was 46.0% less than that of old residents, indicating the effectiveness of water-saving fittings installed in new homes following the Housing Rules’ requirements. Then, based on the estimated number of new connections and the fittings’ saving efficiencies, we estimated that water-saving fittings contributed to 73.1% of the water savings since 2011. These results strongly recommend the introduction of an incentive or subsidy for owners of old houses to replace their outdated fittings with water-saving ones. View Full-Text
Keywords: desalination; GCC countries; housing rule; water-saving fittings; water tariff desalination; GCC countries; housing rule; water-saving fittings; water tariff
►▼ Show Figures 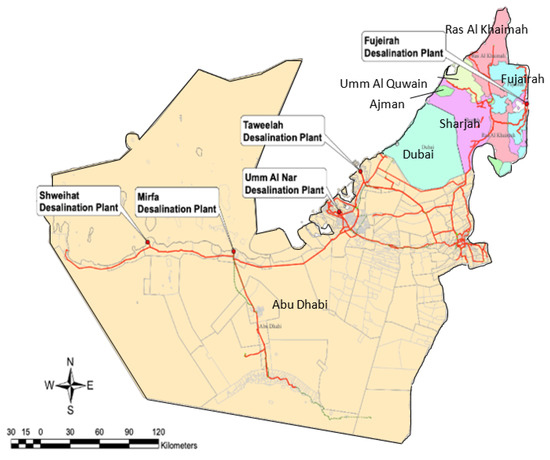