Increased recruitment of small-sized fish following biomanipulation by reducing the biomass of plankti-benthivorous fish, not least in (sub)tropical lakes, may deteriorate water quality and thereby potentially hamper the recovery of submerged macrophytes. Filter-feeding bivalves remove suspended particles from the water and may, thereby, somewhat or fully counteract this negative effect of the increasing abundance of small-sized fish. So far, only few studies have investigated the interactive effects of fish and bivalves on water clarity and macrophyte growth. We conducted a 2 × 2 factorial designed outdoor mesocosm experiment with two densities of small crucian carp Carassius carassius (low 10 g m−2 and high 40 g m−2) and two densities of bivalves Corbicula fluminea (low 204 g m−2 and high 816 g m−2). We found significant interactive effect of fish and bivalves on the growth of the macrophyte Vallisneria natans. In the low density bivalve regime, the relative growth rates, root mass, root:shoot ratio and number of tubers were 30.3%, 30.8%, 21.6% and 27.8% lower in the high than in the low density fish treatments, while the decrease was less pronounced in the high density bivalve regime: 1.2%, 8.7%, 2.1% and 13.3%, respectively. Thus, bivalves reduced the negative effects of fish, not least when bivalve density was high. The weaker effects of small fish on plants in the high- than in the low-density C. fluminea regime can be attributed to lower total suspended solids (TSS) and Chl a in the first week of the experiment. Better light conditions further stimulated the growth of benthic algae, potentially increasing the removal of nutrients from the water and reducing fish-driven resuspension of the sediment. In addition, high densities of C. fluminea also enriched the sediment total nitrogen (TN) and total phosphorus (TP) content, favouring plant growth as indicated by an increase in leaf tissue TN and TP contents. Our results demonstrate that filter-feeding bivalves can alleviate harmful effects of small fish by prolonging a clear-water state that facilitates submerged macrophyte growth. Addition of the bivalve C. fluminea can be a promising tool for the restoration of submerged macrophytes in shallow eutrophic lakes, in particular lakes containing small, rapidly reproducing fish that due to their small sizes are not capable of controlling the bivalves. View Full-Text
Keywords: small-sized fish; Corbicula fluminea; submerged macrophytes; restoration small-sized fish; Corbicula fluminea; submerged macrophytes; restoration
►▼ Show Figures 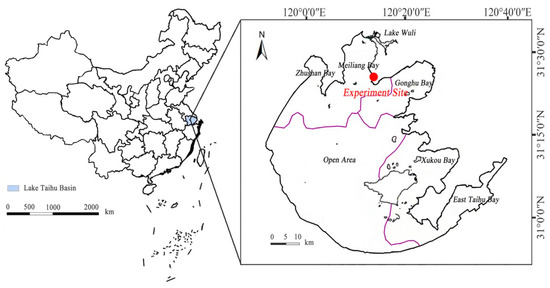