Modeling and prediction of soil hydrologic processes require identifying soil moisture spatial-temporal patterns and effective methods allowing the data observations to be used across different spatial and temporal scales. This work presents a methodology for combining spatially- and temporally-extensive soil moisture datasets obtained in the Shale Hills Critical Zone Observatory (CZO) from 2004 to 2010. The soil moisture was investigated based on Empirical Orthogonal Function (EOF) analysis. The dominant soil moisture patterns were derived and further correlated with the soil-terrain attributes in the study area. The EOF analyses indicated that one or two EOFs of soil moisture could explain 76–89% of data variation. The primary EOF pattern had high values clustered in the valley region and, conversely, low values located in the sloping hills, with a depth-dependent correlation to which curvature, depth to bedrock, and topographic wetness index at the intermediate depths (0.4 m) exhibited the highest contributions. We suggest a novel approach to integrating the spatially-extensive manually measured datasets with the temporally-extensive automatically monitored datasets. Given the data accessibility, the current data merging framework has provided the methodology for the coupling of the mapped and monitored soil moisture datasets, as well as the conceptual coupling of slow and fast pedologic and hydrologic functions. This successful coupling implies that a combination of diverse and extensive moisture data has provided a solution of data use efficiency and, thus, exciting insights into the understanding of hydrological processes at multiple scales. View Full-Text
Keywords: soil moisture; data merging; Empirical Orthogonal Function soil moisture; data merging; Empirical Orthogonal Function
►▼ Show Figures 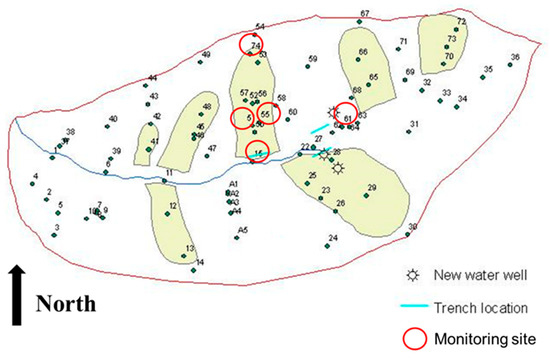