Rainwater harvesting and reuse (RWHR) systems include a contributing area S characterized by runoff coefficient f a cistern with storage capacity V and a reuse distribution system, allowing use of the collected rainwater volume fhS (where h is rainfall depth) during the inter-event time τ at rate Q.
The RWHR solution proposed here replicates a typical ancient vera: A waterproof pit filled with gravel and sand, which gathers the water and filters it. The top of the pit, the contributing area, and a small square (campo or campiello) hosting a well in the middle, for manual water collection in the ancient times, coincide in the first of three examples proposed here. In the renewed RWHR system, water is drained from campiellos and roof tops and pumped through a small pipe from storage capacity to the utilities.
Typical catchment S and cistern size (depth H and volume SH), according to Reference [9], are reported in Table 1. The effective storage capacity is the volume of voids of the granular medium which fills the cistern, thus the storage capacity is V = SHn, where n is medium porosity. Runoff coefficient on paved surfaces was set at f = 1, and rainwater reuse rate was estimated on the base of buildings size and typology surrounding the cistern as Q = Nd, where N is the number of habitants relying on the cistern and d is the daily reuse rate.
In the city center, there are less than 60,000 habitants, and cisterns that could be rehabilitated are about 600, with a ratio of 100 habitants per cistern (Figure 2). In the 19th century, the ratio was 20 habitants per cistern with 6000 active cisterns. If the original number of cisterns would be recovered, the number of habitants per cisterns would drop to 10. Water demand was restricted to potable water use in the past (reasonably Q = 5 × 20 = 100 L/day/cistern). RWHR systems today may be realized e.g., to fulfill demand for sanitary use (approximately Q = 50 × 10 = 500 L/day/cistern), resulting in a much higher water demand, if compared to past potable water demand, despite the demographic decline. Campiellos’ drainage surface S typically ranges between 15 and 25 m2, veras’ depth between 2 and 3 m.
In the following, we verify the efficiency of a typical ancient vera draining water from campiello, and discuss two slightly different solutions that do not alter the urbanistic setup (Table 1): the first considers an enhanced surface drainage, including the surrounding buildings’ rooftops in addition to paved cistern ceiling. The second, in addition, also has enhanced storage capacity, obtained by removing the granular filling within the cistern (thus, with V = SH).
Rainfall characteristics in Venice are provided by the local environmental protection agency: (ARPAV—http://www.arpa.veneto.it). Namely, 24 years of daily rainfall data measured by the rain gauge at the meteorological station located in Venice-Chioggia (45°13′08.08″ N 12°16′42.74″ E) in the time period 1992–2016, were used to estimate:
Based on probability analysis (PA) [2], upper and lower limits of efficiency could be estimated as a function of two dimensionless parameters [3]:
a = ζVnS−1
and
b = λVnQ−1
where n = 0.3 is the porosity of the granular medium within the cistern according to the ancient design criteria. By PA, efficiency is evaluated as the probability that shortly before a rain event water, the cistern is still able to fulfill demand Q. Random variables involved in PA are: Daily rainfall depth h, collected volume hS, the duration of the dry spell in between two rain events τ and demand volume during the dry spell Qτ; daily rainfall depth h and the duration of the dry spell in between two rain events τ are supposed to join an exponential distribution according to References [2,3].
According to Reference [3], efficiency E is expected to be comprised between the limits resulting from two different simplifying hypothesis that concern the volume initially stored in the cistern before the random rain event h, namely: (1) That the cistern is empty at the end of any dry spell (least conservative assumption) or (2) that the cistern is empty at the beginning of the first of two consecutive rain events (in which case efficiency is the probability that it is not empty at the end of the following rain event (most conservative assumption).
Corresponding demand ratio (the ratio between the expected water demand and the expected drainage volume collected within the cistern), is
Numerical simulation overcomes the limits of PA, which relies on simplified initial conditions, by numerical integration of the water balance, where Vw is the water volume stored in the cistern at day t, h is the measured daily rainfall depth, Q the daily reuse rate. Provided that the series of rainfall measurements is sufficiently long, numerical simulation returns an estimate of E and DR unaffected by simplifying hypothesis on the condition of the cistern before any rain event, which may be evaluated according to the following Equations (6) and (7):

According to probability analysis, efficiency E was estimated (for the typical applications described in Table 1) as a function of demand ratio DR and , under the most conservative assumptions, as where . Results obtained for the ancient vera draining water from campiello only and the two enhanced solutions are shown with red dots. The two enhanced solutions are in the range of low DR achieving efficiency values close to E = 0.99.
In Figure 3, water reuse rate was set at Q = 50 − 1000 L/day/cistern and cisterns’ efficiency were calculated repeatedly for different values of b(Q). At the cost of lower efficiency values, water reuse may be increased significantly, up to a factor 20, to reach efficiency of ancient veras with enhanced solutions.
To refine the estimate of efficiency, Equation (5) was integrated over time for the rainfall observation time period 1992–2016. Efficiency E and demand ratio DR were estimated by Equations (6) and (7). Results for the three-case study described in Table 1 are plotted in Figure 4.
In Figure 5, the relation between demand ratio DR and water demand is indicated for the three technical solution analyzed here: The typical ancient veras draining water from campiello only and the two enhanced solutions.
The two enhanced solutions allow higher drainage volumes and (the second of the two) also higher storage capacity but are expected to fulfill a higher demand compared to the ancient vera, provided the same DR (Figure 5).
For DR between 10 and 100, E grows from 70% to more than 95%, and the solution with enhanced S and V may provide Q up to 350 L/day/cistern, whereas the solution with enhanced S potentially provides only Q = 170 L/day/cistern (Figure 4 and Figure 5).
Actual demand for reuse may be expected in the range of 1 ≤ DR ≤ 10, corresponding to efficiency 50% ≤ E ≤ 70% of enhanced solutions. Enhanced drainage surface may definitely improve the performance of the RWHR system, allowing the fulfillment of the expectancies of population with higher water demand, if reuse is restricted to sanitary use. Up to DR = 10, the RWHR system performance is not limited by the storage capacity, efficiency at DR = 10 is E = 70% for both enhanced solutions, with slightly higher values for the solution with enhanced S and V. In the high DR range, removing the granular filling and increasing the storage volume may represent an advantage, to be evaluated on the base of a contextual water quality analysis (not considered here).

Heritage water distribution systems are precious historical and social elements of the urban environment. Revitalizing selected elements of heritage water distribution systems provides social, cultural, economic. and environmental benefits for sustainable water management practices, despite the enormous increase in water consumption since their first realization. PA models and numerical simulation were used to evaluate efficiency of typical ancient veras in Venice, and to demonstrate that veras may still be transformed in efficient storage capacities for RWHR.
Minor changes, operated in the respect of architectural constraint, may improve the performance of ancient water harvesting systems and transform heritage solutions into instruments of sustainable water management. Three hypotheses have been tested: Veras draining water from campiello only, veras with enhanced drainage surface (including rooftops in addition to paved cistern ceiling) and veras with enhanced drainage surface and storage capacity (obtained by removing the granular filling within the cistern). Due to the demographic decline in the historical city center and the restriction of reuse to sanitary use only, veras may still efficiently fulfill the population demand. Granular filling moderately reduces the efficiency of the enhanced solution 1 (enhanced S), while providing a primary mechanical treatment. Based on this preliminary result, enhanced solution 1 could be preferable to enhanced solution 2 (enhanced S and V).
A variety of solutions for water harvesting have been developed in the past [11,12,13]. Despite land use change, economic development, and society evolution, there is still interest in such ancient solutions. We presented here a preliminary study to be further elaborated. Aspects concerning water supply and health [15] have been neglected here, since the focus was set on water availability, although they cannot be neglected in further research on HBS.

Heritage-based solutions (HBSs) are sustainable water management systems based on imported ancient technology and designed modern versions of ancient infrastructures. They may be efficient solutions for sustainable water management and implement social cultural and economic co-values. Returning traditional infrastructures to life preserves culture and environmental resources at the same time. HBSs aim at recovering lost processes of ancient urban water cycle instead of recovering the natural water cycle (as nature-based solutions do) and by so doing, recognize the value of development which is worth to be preserved.
Recovering elements of old RWHR systems preserves heritage value and water resources, increases the modularity of the water distribution system and the circularity of urban water fluxes. Recovering tradition of local water management makes multiple options and benefits possible, adds value to heritage, and preserves ancient traditions. Sharing ideas, methods, results, and being open to other sectors approaches and methods is expected to lead to new valuable solutions in terms of art, architecture, and cultural conservation, as well as environment and water resources sustainable management. 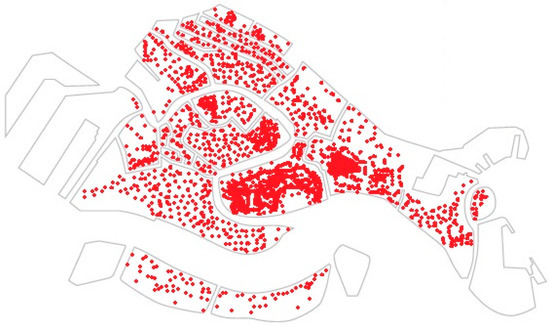 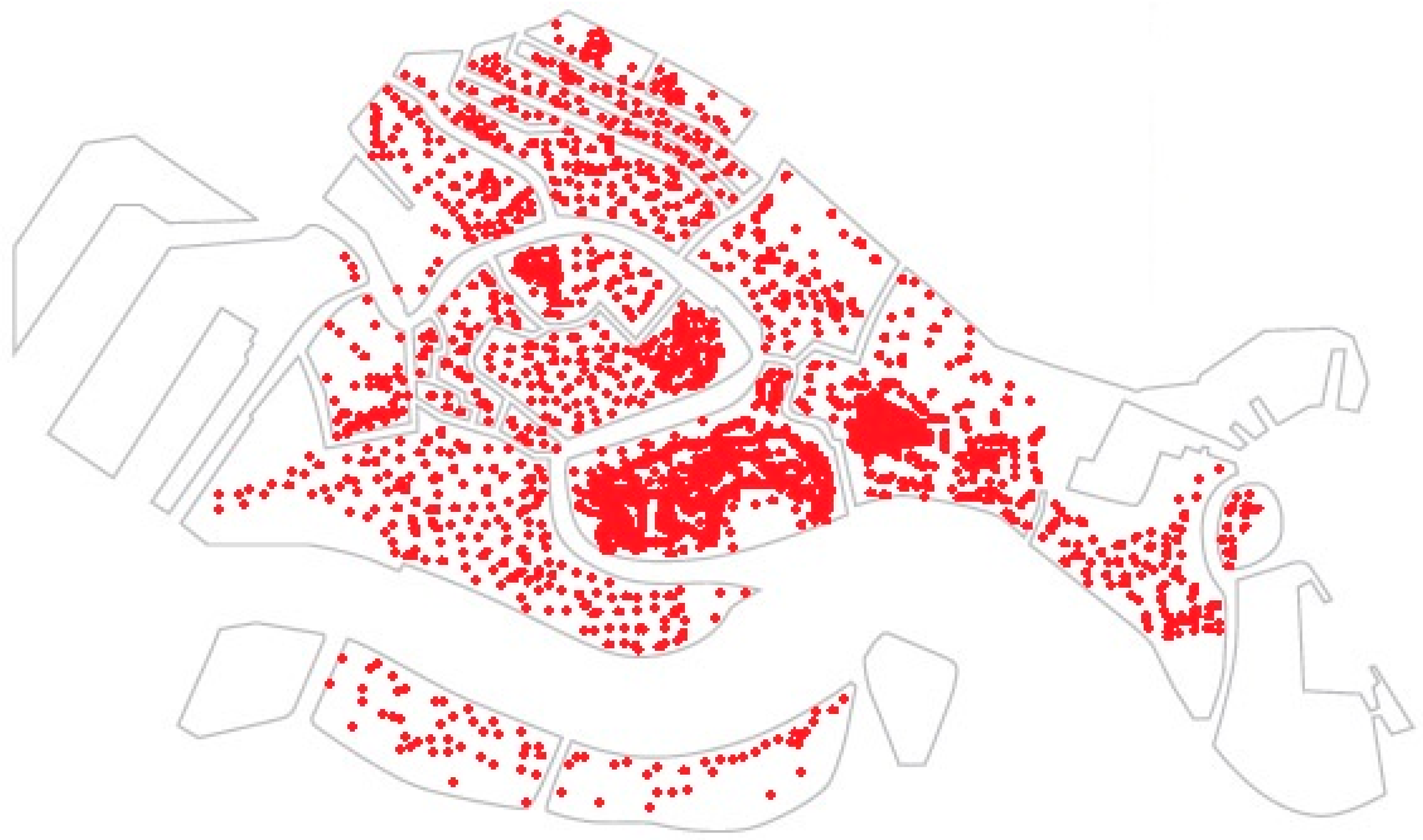 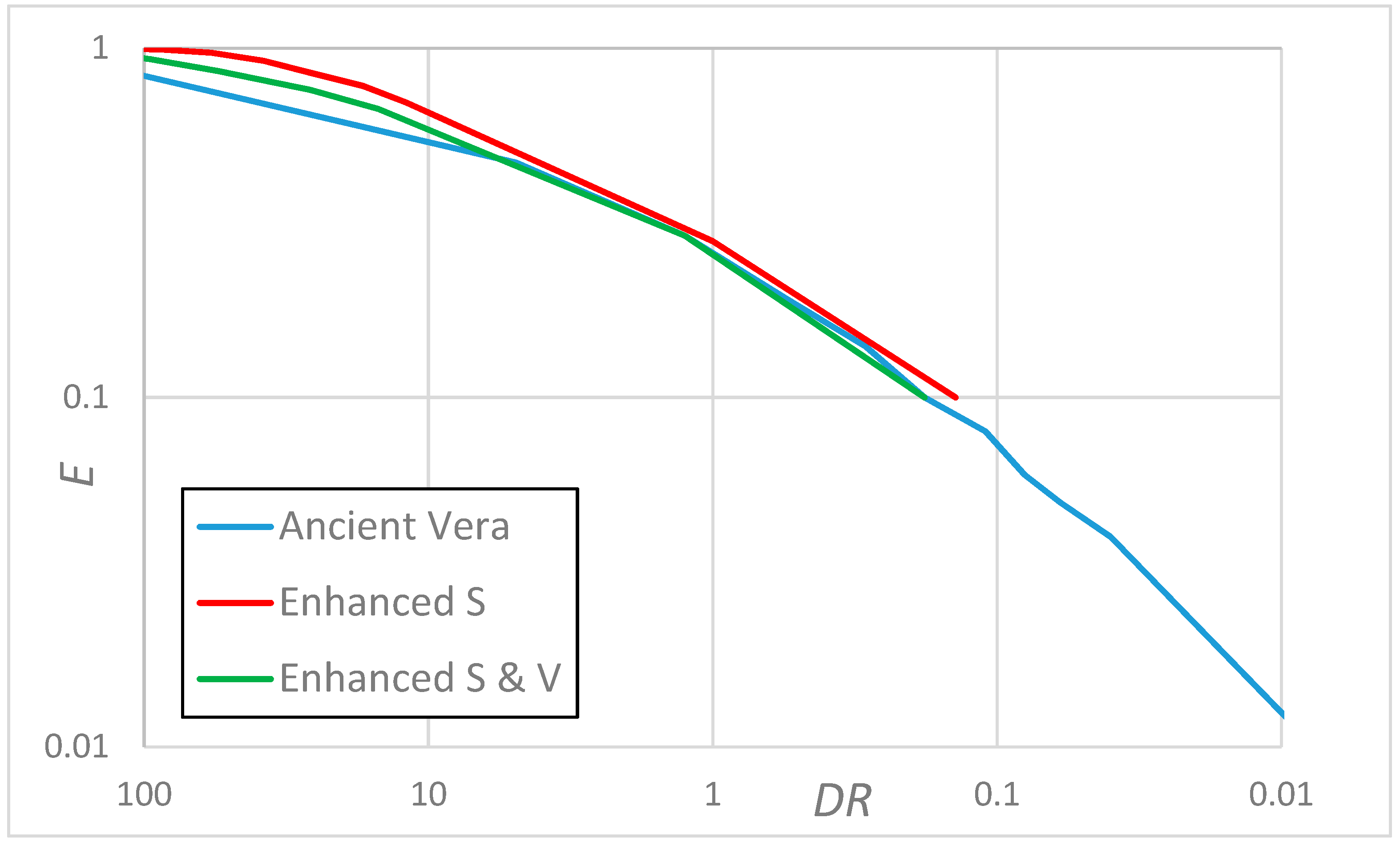 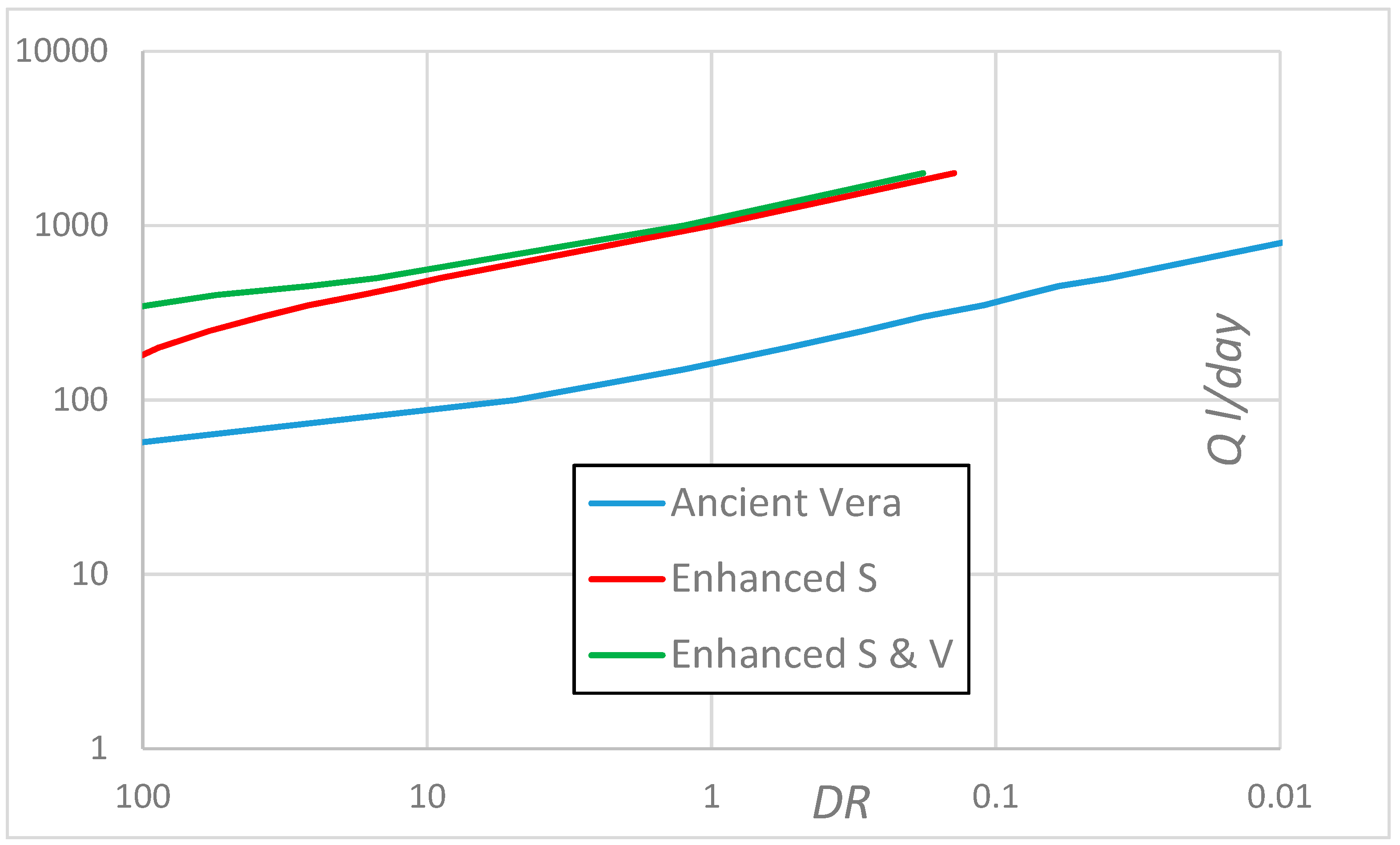 Table 1. Data.
Table 1. Data.
© 2019 by the authors. Licensee MDPI, Basel, Switzerland. This article is an open access article distributed under the terms and conditions of the Creative Commons Attribution (CC BY) license (http://creativecommons.org/licenses/by/4.0/).
We use cookies on our website to ensure you get the best experience. Read more about our cookies here.
Accept
We have just recently launched a new version of our website. Help us to further improve by taking part in this short 5 minute survey here. here.
Never show this again