The estimated flood flow frequency in a particular cross-section of a riverbed for a given return period is a topic of great interest for its application in hydrological, geomorphological and hydrogeological fields. Nevertheless, to establish a one-to-one relationship between rainfall and peak flow is a difficult problem to solve, due to the great number of factors involved (intensity and distribution of rainfall, hydromorphological characteristics of the watershed, type and distribution of vegetation, soil saturation conditions, etc.). In Italy, the Tiber River Basin Authority has developed a method to evaluate peak flows in the watersheds within the Tiber Basin. The relationship between rainfall depth with an assigned return period (RP) and the duration of the event was determined using data from 165 gauging stations throughout the Basin and in the neighbourhoods with respect to rainfall from 1 to 24 h and/or from 1 to 5 days. To calculate the peak flow with an assigned RP in small watersheds (area < 100 km), the Tiber River Basin Authority proposed a methodology that combines the results of regional precipitation analysis of a duration from 1 to 24 h with the Curve Number method, which allows the volume of net rainfall (i.e., the rainfall that contributes to producing the peak flow) to be quantified. Such procedure includes the calculation of various parameters (run-off time, local rainfall and areal rainfall, net rainfall) in order to obtain the value of peak flow. To facilitate the use of this procedure, a WebGIS system has been developed, based on a series of scripts that calculate the values for the above parameters. The user only has to choose the point corresponding to the section of the channel in order to determine the peak flow and the return period. The computational procedure is performed using GRASS GIS that interfaces with the system using the standard WPS; the system returns to output a report with details of the various calculations of parameters and, as a final result, the value of requested peak flow. View Full-Text
Keywords: peak flow; flood flow frequency; land planning; flood risk evaluation; GRASS GIS peak flow; flood flow frequency; land planning; flood risk evaluation; GRASS GIS
►▼ Show Figures 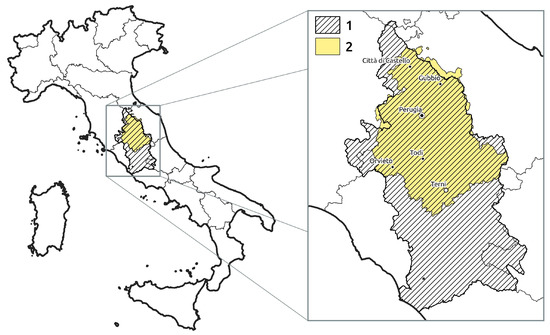