David B. Kittelson
1 and

Due to its agricultural origin and function as a fuel oxygenate, ethanol is being promoted as an alternative biomass-based fuel for use in spark ignition engines, with mandates for its use at state and regional levels. While it has been established that the addition of ethanol to a fuel reduces the particulate mass concentration in the exhaust, little attention has been paid to changes in the physicochemical properties of the emitted particles. In this work, a dynamometer-mounted GM Quad-4 spark ignition engine run without aftertreatment at 1,500 RPM and 100% load was used with four different fuel blends, containing 0, 20, 40 and 85 percent ethanol in gasoline. This allowed the effects of the fuel composition to be isolated from other effects. Instrumentation employed included two Aerosol Time-of-Flight Mass Spectrometers covering different size ranges for analysis of single particle composition, an Aethalometer for black carbon, a Scanning Mobility Particle Sizer for particle size distributions, a Photoelectric Aerosol Sensor for particle-bound polycyclic aromatic hydrocarbon (PAH) species and gravimetric filter measurements for particulate mass concentrations. It was found that, under the conditions investigated here, additional ethanol content in the fuel changes the particle size distribution, especially in the accumulation mode, and decreases the black carbon and total particulate mass concentrations. The molecular weight distribution of the PAHs was found to decrease with added ethanol. However, PAHs produced from higher ethanol-content fuels are associated with NO2− (m/z—46) in the single-particle mass spectra, indicating the presence of nitro-PAHs. Compounds associated with the gasoline (e.g., sulfur-containing species) are diminished due to dilution as ethanol is added to the fuel relative to those associated with the lubricating oil (e.g., calcium, zinc, phosphate) in the single particle spectra. These changes have potential implications for the health effect impacts of particulate emissions from biofuel blends. View Full-Text
Keywords: ethanol; bio-fuels; aerosol time-of-flight mass spectrometer (ATOFMS); combustion aerosols ethanol; bio-fuels; aerosol time-of-flight mass spectrometer (ATOFMS); combustion aerosols
►▼ Show Figures 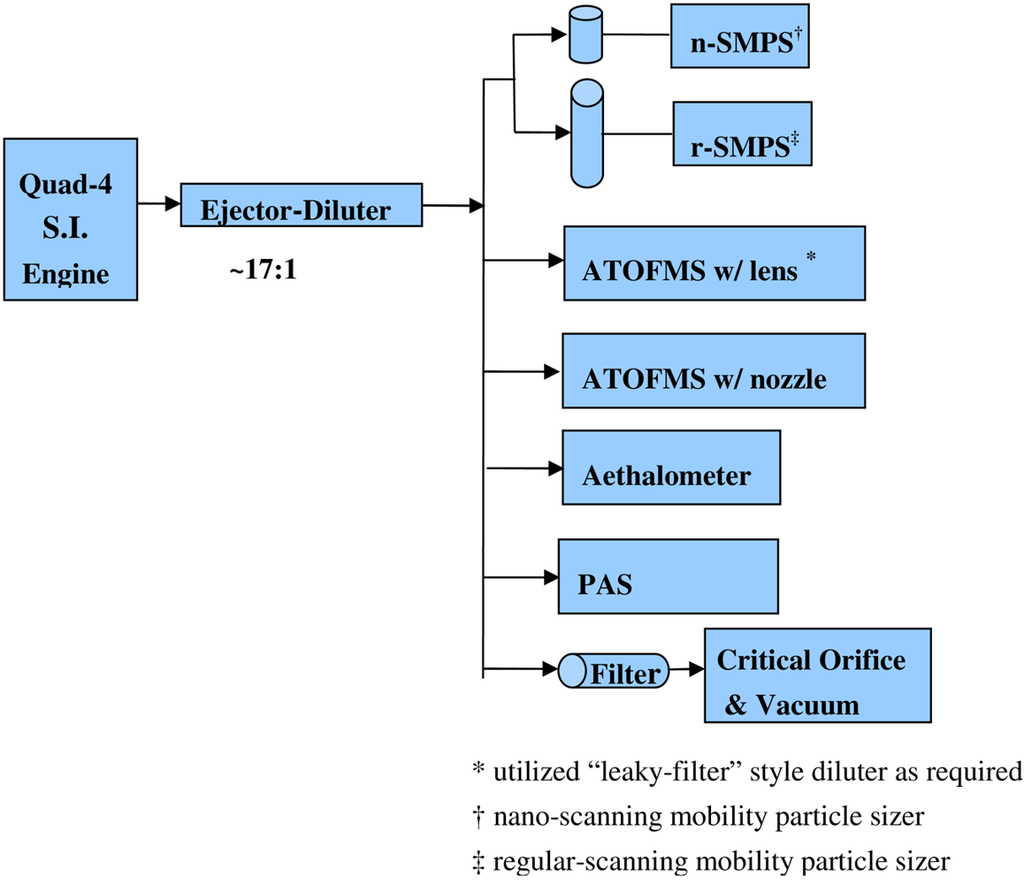