Observation and Simulation Studies of Three Types of Wire Icing

Genesis, Maintenance and Demise of a Simulated Tornado and the Evolution of Its Preceding Descending Reflectivity Core (DRC)

This study demonstrates the capability of a cloud model in simulating a real-world tornado using observed radiosonde data that define a homogeneous background. A reasonable simulation of a tornado event in Beijing, China, on 21 July 2012 is obtained. The simulation reveals the evolution of a descending reflectivity core (DRC) that has commonalities with radar observations, which retracts upward right before tornadogenesis. Tornadogenesis can be divided into three steps: the downward development of mesocyclone vortex, the upward development of tornado vortex, and the eventual downward development of condensation funnel cloud. This bottom-up development provides a numerical evidence for the growing support for a bottom-up, rapid tornadogenesis process as revealed by the state-of-the-art mobile X-band phase-array radar observations. The evolution of the simulated tornado features two replacement processes of three near-surface vortices coupled with the same midlevel updraft. The first replacement occurs during the intensification of the tornado before its maturity. The second replacement occurs during the tornado’s demise, when the connection between the midlevel mesocyclone and the near-surface vortex is cut off by a strong downdraft. This work shows the potential of idealized tornado simulations and three-dimensional illustrations in investigating the spiral nature and evolution of tornadoes. View Full-Text
Keywords: tornado; supercell; DRC; genesis; maintenance; demise tornado; supercell; DRC; genesis; maintenance; demise
►▼ Show Figures 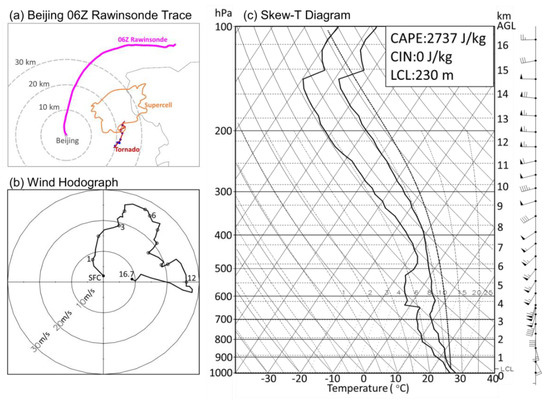 
Yao, Dan; Meng, Zhiyong; Xue, Ming. 2019. "Genesis, Maintenance and Demise of a Simulated Tornado and the Evolution of Its Preceding Descending Reflectivity Core (DRC)." Atmosphere 10, no. 5: 236.