Analysis of the Diurnal, Weekly, and Seasonal Cycles and Annual Trends in Atmospheric CO2 and CH4 at Tower Network in Siberia from 2005 to 2016
Previous Article in Journal

After the release of the high-resolution downscaled National Aeronautics and Space Administration (NASA) Earth Exchange Global Daily Downscaled Projections (NEX-GDDP) dataset, it is worth exploiting this dataset to improve the simulation and projection of local precipitation. This study developed support vector regression (SVR) and quantile mapping (SVR_QM) ensemble and correction models on the basis of historic precipitation in the Han River basin and the 21 NEX-GDDP models. The generated SVR_QM models were applied to project changes of precipitation during the 21st century for the region. Several statistical metrics, including Pearson’s correlation coefficient (PCC), root mean squared error (RMSE), and relative bias (Rbias), were used for evaluation and comparative analyses. The results demonstrated the superior performance of SVR_QM compared with multi-layer perceptron (MLP), SVR, and random forest (RF), as well as simple model average (MME) ensemble methods and single NEX-GDDP models. PCC was up to 0.84 from 0.61–0.71 for the single NEX-GDDP models, RMSE was up to 34.02 mm from 48–51 mm, and Rbias values were almost removed. Additionally, the projected precipitation changes during the 21st century in most stations had an increasing trend under both Representative Concentration Pathway RCP4.5 and RCP8.5 emissions scenarios; the regional average precipitation during the middle (2040–2059) and late (2070–2089) 21st century increased by 3.54% and 5.12% under RCP4.5 and by 7.44% and 9.52% under RCP8.5, respectively. View Full-Text
Keywords: machine learning; quantile mapping; NEX-GDDP; precipitation; Han River basin machine learning; quantile mapping; NEX-GDDP; precipitation; Han River basin
►▼ Show Figures 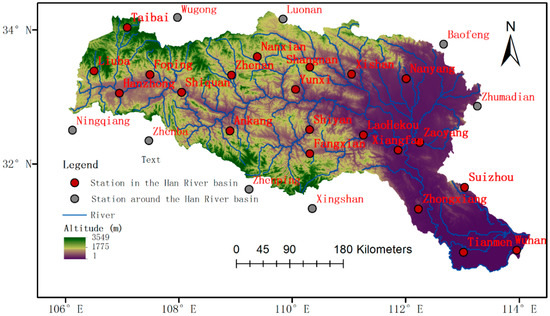