Microsatellites with Macro-Influence in Ewing Sarcoma

Copy Number Variations (CNVs) and Single Nucleotide Polymorphisms (SNPs) have been the major focus of most large-scale comparative genomics studies to date. Here, we discuss a third, largely ignored, type of genetic variation, namely changes in tandem repeat number. Historically, tandem repeats have been designated as non functional “junk” DNA, mostly as a result of their highly unstable nature. With the exception of tandem repeats involved in human neurodegenerative diseases, repeat variation was often believed to be neutral with no phenotypic consequences. Recent studies, however, have shown that as many as 10% to 20% of coding and regulatory sequences in eukaryotes contain an unstable repeat tract. Contrary to initial suggestions, tandem repeat variation can have useful phenotypic consequences. Examples include rapid variation in microbial cell surface, tuning of internal molecular clocks in flies and the dynamic morphological plasticity in mammals. As such, tandem repeats can be useful functional elements that facilitate evolvability and rapid adaptation. View Full-Text
Keywords: microsatellites; repeats; evolvability; phenotype; polyglutamine microsatellites; repeats; evolvability; phenotype; polyglutamine
►▼ Show Figures 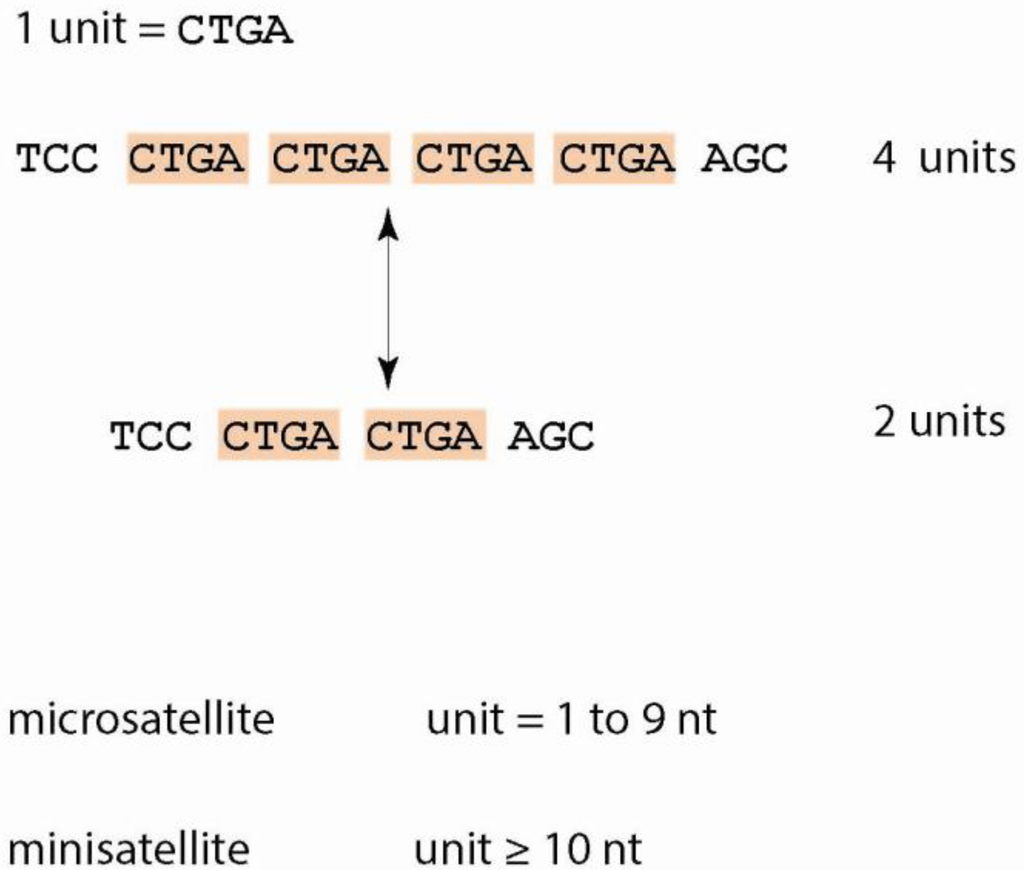