Metabolomics: A Tool to Understand the Impact of Genetic Mutations in Amyotrophic Lateral Sclerosis
Previous Article in Journal

Amyotrophic Lateral Sclerosis (ALS) is a neurodegenerative disease that causes compromised function of motor neurons and neuronal death. However, oculomotor neurons are largely spared from disease symptoms. The underlying causes for sporadic ALS as well as for the resistance of oculomotor neurons to disease symptoms remain poorly understood. In this bioinformatic-analysis, we compared the gene expression profiles of spinal and oculomotor tissue samples from control individuals and sporadic ALS patients. We show that the genes GAD2 and GABRE (involved in GABA signaling), and CALB1 (involved in intracellular Ca2+ ion buffering) are downregulated in the spinal tissues of ALS patients, but their endogenous levels are higher in oculomotor tissues relative to the spinal tissues. Our results suggest that the downregulation of these genes and processes in spinal tissues are related to sporadic ALS disease progression and their upregulation in oculomotor neurons confer upon them resistance to ALS symptoms. These results build upon prevailing models of excitotoxicity that are relevant to sporadic ALS disease progression and point out unique opportunities for better understanding the progression of neurodegenerative properties associated with sporadic ALS. View Full-Text
Keywords: ALS; neurodegeneration; GEO2R; excitotoxicity; GABA signaling; GAD2; CALB1; GABRE ALS; neurodegeneration; GEO2R; excitotoxicity; GABA signaling; GAD2; CALB1; GABRE
►▼ Show Figures 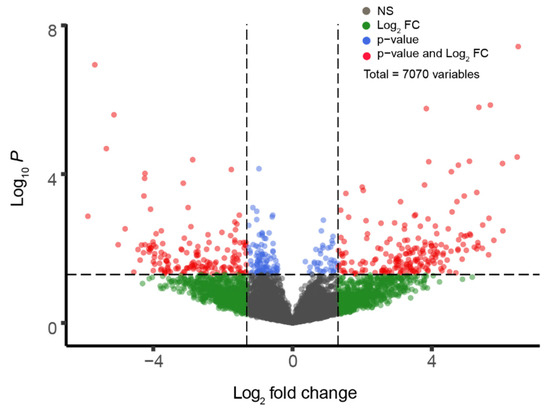