Drosophila melanogaster is one of the most extensively used genetic model organisms for studying LTR retrotransposons that are represented by various groups in its genome. However, the phenomenon of molecular domestication of LTR retrotransposons has been insufficiently studied in Drosophila, as well as in other invertebrates. The present work is devoted to studying the role of the domesticated gag gene, Gagr, in the Drosophila genome. The Gagr gene has been shown to be involved in the response to stress caused by exposure to ammonium persulfate, but not in the stress response to oligomycin A, zeomycin, and cadmium chloride. Ammonium persulfate tissue specifically activates the expression of Gagr in the tissues of the carcass, but not in the gut. We found that the Gagr gene promoter contains one binding motif for the transcription factor kayak, a component of the JNK signaling pathway, and two binding motifs for the transcription factor Stat92E, a component of the Jak-STAT signaling pathway. Remarkably, Gagr orthologs contain the second binding motif for Stat92E only in D. melanogaster, D. simulans and D. sechellia, whereas in D. yakuba and D. erecta, Gagr orthologs contain a single motif, and there are no binding sites for Stat92E in the promoters of Gagr orthologs in D. ananassae and in species outside the melanogaster group. The data obtained indicate the formation of the protective function of the Gagr gene during evolution. View Full-Text
Keywords: Drosophila; LTR retrotransposon; molecular domestication; evolution; stress Drosophila; LTR retrotransposon; molecular domestication; evolution; stress
►▼ Show Figures 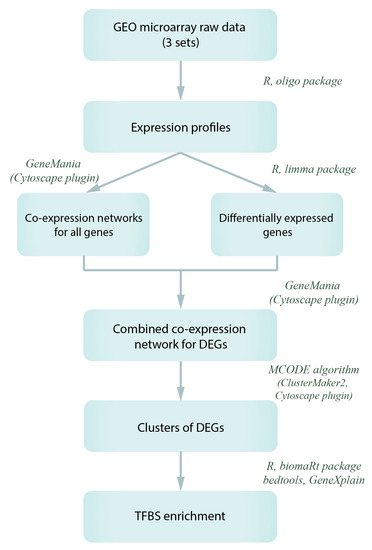