Prediction Models for Bioavailability of Mn, Cu, Zn, Ni and Pb in Soils of Republic of Serbia

Plant factories with artificial lighting (PFAL) are a relatively new method of efficient agricultural cultivation that are becoming more and more important in combatting increasingly serious global food supply problems [1]. Unusual weather, water shortages, and reduction of cultivated land area all threaten to reduce the production of the crops worldwide; however, these environmental factors do not threaten PFAL crop growth as they are thermally insulated, artificially lit, air conditioned, and have air circulation fans along with supplies of CO2 and nutrient solution, making it so the environment can be fully controlled [2,3,4]. Crops in PFALs always rely on artificial lighting in that the light energy drives photosynthesis, which means that electricity accounts for 25%–30% of the total production costs and that light sources account for the majority of all energy consumption, about 60%–80% [1]. Therefore, improving the efficiency of light sources would greatly reduce the cost of PFALs, which would further encourage their sustainable development because costs and ecological impacts could be reduced.
In PFALs, light energy can be provided for crops at any time because day and night no longer determine lighting schedules. This means that any photoperiod can be chosen to optimize the growth and quality of many crops. Gaudreau [5] reported that lengthening the photoperiod resulted in substantial gains in the fresh weight of lettuce. Longer photoperiods not only increased the growth of the lettuce under low CO2 concentrations at the same day light integral (DLI), but also compensated for weak photosynthetic photon flux density (PPFD) [6]. One study revealed that increasing photoperiod under weak light cultivation conditions compensated for weak light stress [7]. Vlahos et al. [8] reported that the growth of Achimenes species can be promoted under weak light intensities at the same DLI compared with those under high light intensities, as the lower light intensities combined with longer photoperiods resulted in higher light-use efficiencies. Overall, these results have suggested that under the same DLI, longer photoperiods promote the growth of lettuce.
Light is not only an energy source, but also an important environmental signal [9,10]. Morphological adaptations and light-dependent adjustments optimize plants for photosynthesis in a given environment [11,12]. One previous study has shown that the formation and accumulation of photosynthetic pigments in leaves was affected by light quality, which either increases light harvesting under low-light conditions or acts as screening pigments and free-radical scavengers under high-light conditions [13]. There has been plenty of research about the effect of different ratios of red and blue light [11,14,15,16], different light intensities [11,14,15,16], and various light intensities combined with different photoperiods on plant growth [11,14,15,16]. However, these studies have ignored the effect of light as an environmental signal affecting the circadian rhythm, which in turn affects the metabolism in many plants. Breathing in plants is regulated daily, alternately cycling between high activity and low activity in roughly 24 h, determined by the circadian rhythm, which also has a great influence on the growth of crops [17,18,19]. Dodd [20] reported that the circadian rhythm confers an advantage to plants, benefitting photosynthesis, growth, survival, and competitive advantage. Most plants use circadian oscillators to coordinate physiological and developmental processes such as photosynthesis, respiration, and cell wall synthesis. In addition, the rhythm of these processes can change periodically during a single day. Previous lighting strategies have ignored the effects of photoperiod on circadian rhythm, missing the opportunity to use the circadian rhythm to benefit the growth of crops in PFALs [21,22,23,24].
In this study, three different lighting strategies were used, with varying photoperiods while maintaining the same DLI. The goal of the study was to determine the effects of different lighting strategies on growth of lettuce and to clarify the underlying mechanisms by investigating growth parameters, chlorophyll content, photosynthesis parameters, chlorophyll fluorescence parameters, and circadian rhythm.

Six samples from lighting strategies A, B, and C were collected 4 weeks after transplant, and the fresh weight of leaves and roots were determined. For determination of dry weight of leaves and roots, samples were oven dried at 70 °C until the weight became constant, and the dry weight was recorded. The SPAD (soil and plant analyzer develotrnent) value was taken for leaf chlorophyll content using a portable chlorophyll meter (SPAD-502; KONICA MINOLTA, Osaka, Japan).

The PN (net photosynthetic rate)-PPFD curve was measured on the 28th day after transplant, which was created by plotting PN data against the corresponding light intensity. When light response curve measurements were taken, leaf temperature was set at 20 °C and PPFD settings were 1200, 1000, 800, 600, 400, 300, 200, 150, 100, 50, 10, and 0 μmol photons m−2 s−1. In order to obtain the light-saturated maximum photosynthetic rate (PNmax) and apparent quantum yield (AQY), the PN-PPFD curves were fitted with least squares according to previous research [26,27]. PNmax was determined as the maximum PN at a saturated light intensity, and according to the initial slope of the PN-PPFD curves, we determined the AQY.

All experiments were replicated three times for each treatment. Six plants from each replicate were used for plant growth analyses, and three plants from each replicate were used for the determination of gas-exchange parameters and chlorophyll fluorescence. All statistical analysis was conducted with GraphPad Prism Software (GraphPad Software, Inc. La Jolla, California, USA) using the Tukey’s multiple range test at p < 0.05 level of significance

Both multi-segment light intensity and extended photoperiod lighting strategies can increase the production of hydroponic lettuce crops in PFALs; however, the mechanisms by which crop production was improved were different. The former increased the production by taking the advantage of the circadian rhythm. It also increased the quantum yield of PSII electron transport, quantum yield of the carboxylation rate, and photochemical quenching, while decreasing non-photochemical quenching, thereby promoting the photosynthesis of the lettuce. The latter increased production by increasing the chlorophyll content, which increased the ability to absorb light energy in weak light intensity conditions. In addition, extending the photoperiod in a weak light environment had a slight compensatory effect, which reduced the negative effects of the weak light stress. 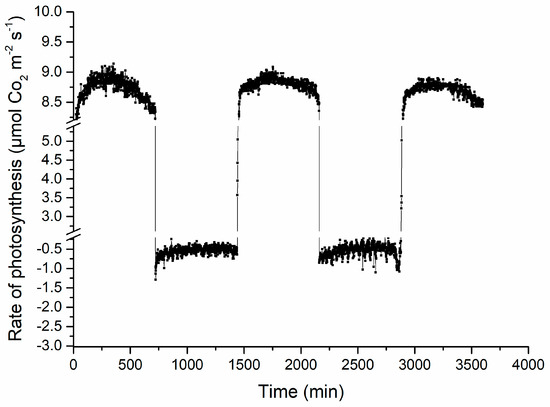 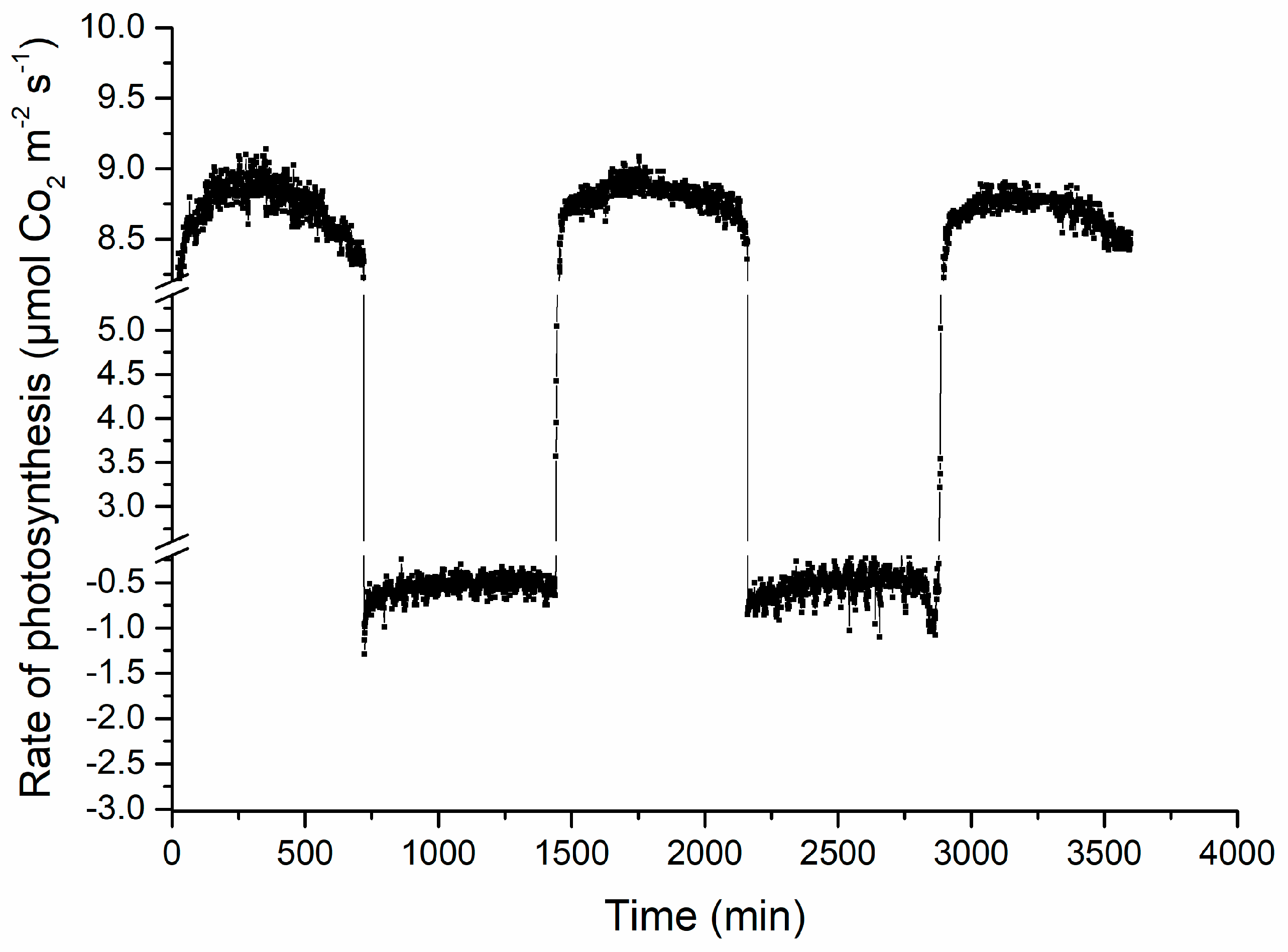 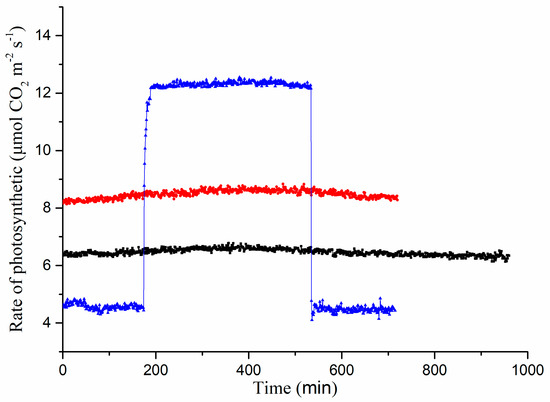 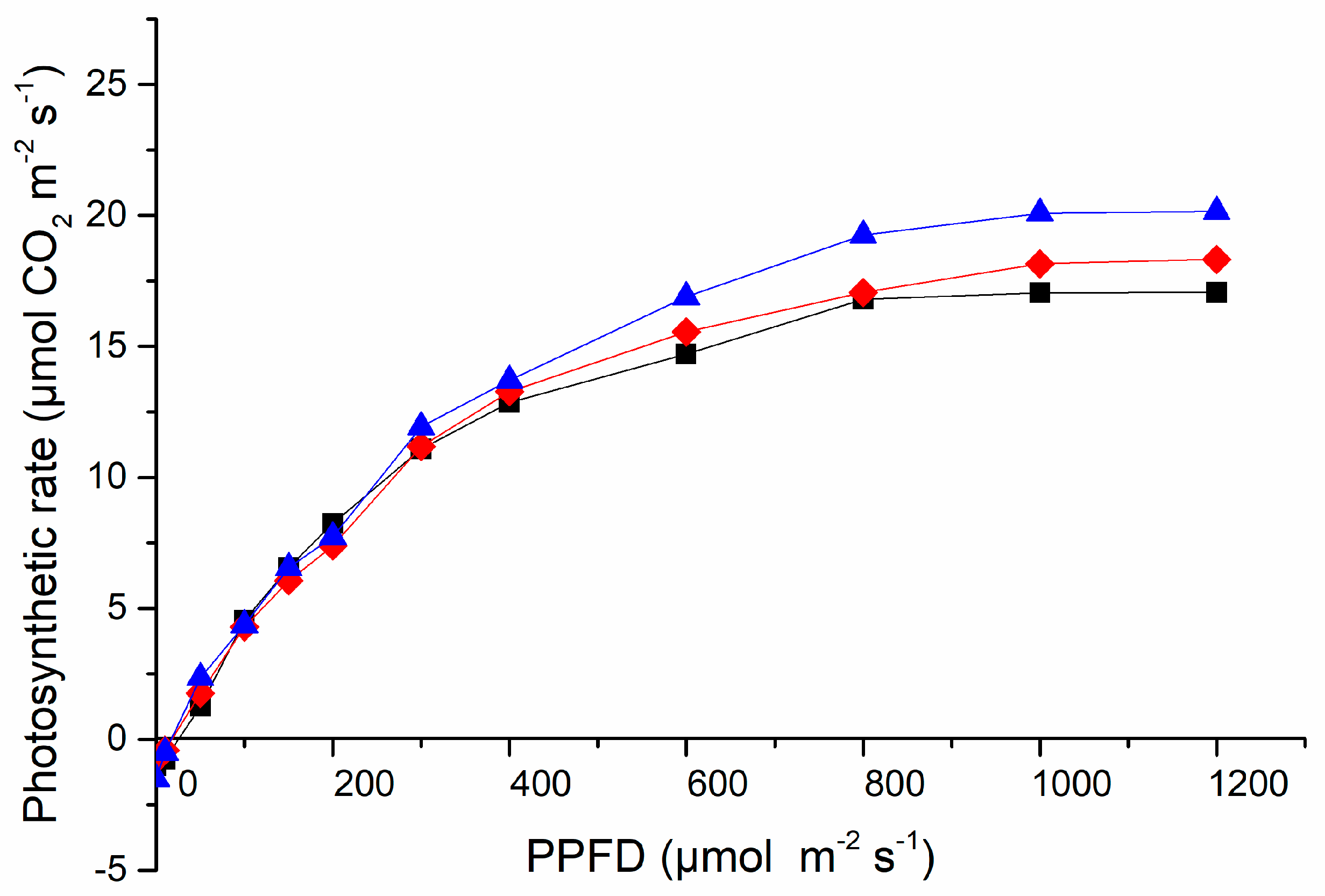 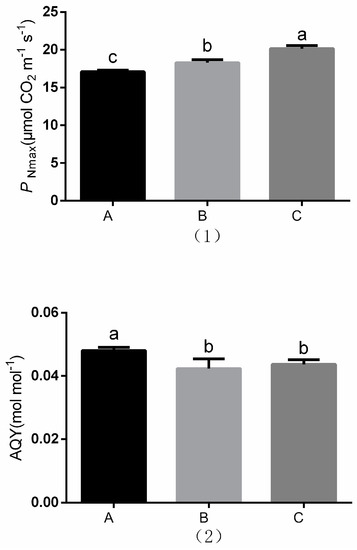 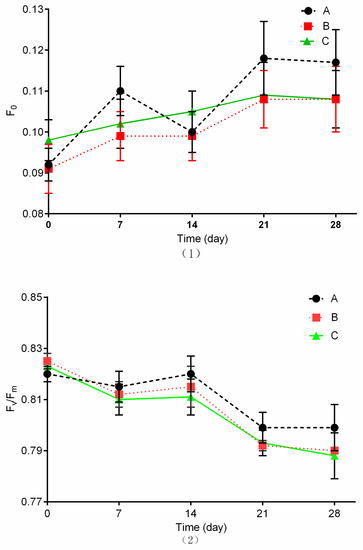 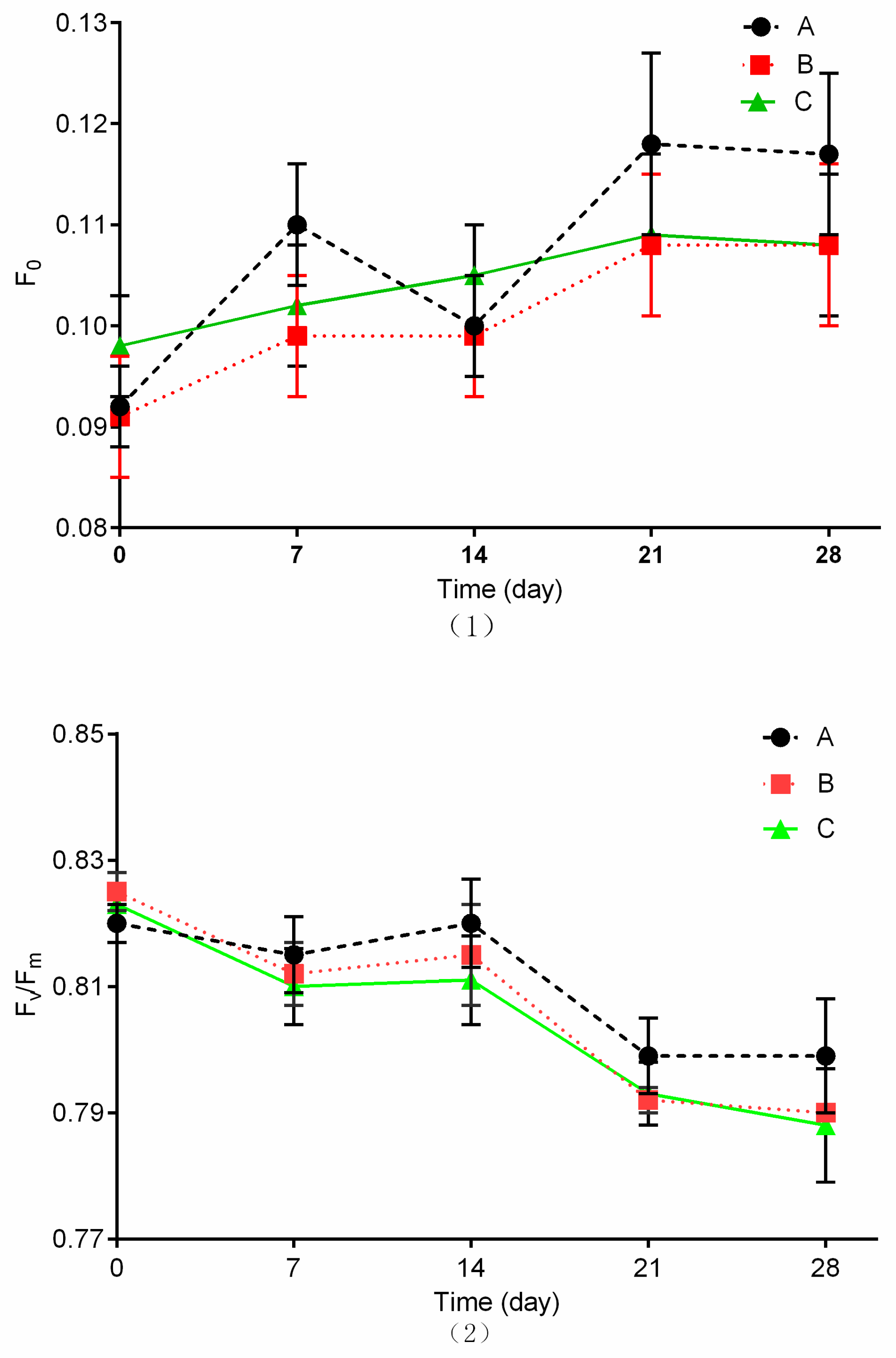