Polyaniline Based Pt-Electrocatalyst for a Proton Exchanged Membrane Fuel Cell 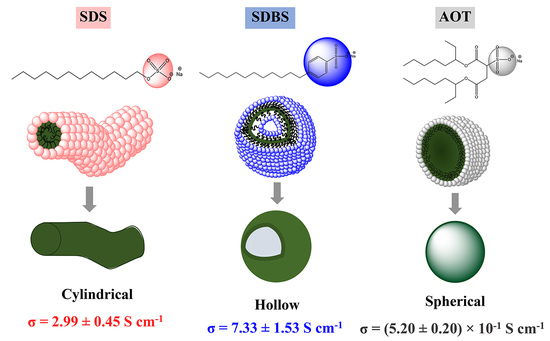 Direksilp, C.; Sirivat, A. Synthesis and Characterization of Hollow-Sphered Poly(N-methyaniline) for Enhanced Electrical Conductivity Based on the Anionic Surfactant Templates and Doping. Polymers 2020, 12, 1023. https://doi.org/10.3390/polym12051023


Direksilp C, Sirivat A. Synthesis and Characterization of Hollow-Sphered Poly(N-methyaniline) for Enhanced Electrical Conductivity Based on the Anionic Surfactant Templates and Doping. Polymers. 2020; 12(5):1023. https://doi.org/10.3390/polym12051023