In this study, four trithiocarbonate-functionalized PNiPAAms with different molecular weights were synthesized and used as a matrix to form composites with silver nanoparticles. Nanocomposites with several polymer-to-silver ratios P:Ag+ were prepared in order to evaluate the influence of silver loading. UV studies showed a thermoresponsive behavior of the nanocomposites with a thermo-reversibility according to cooling-heating cycles. Release kinetics demonstrated that the release of silver ions is mainly influenced by the size of the silver nanoparticles (AgNPs), which themselves depend on the polymer length. Antimicrobial tests against E. coli and S. aureus showed that some of the nanocomposites are antimicrobial and even full killing could be induced. View Full-Text
Keywords: silver; antimicrobial; poly(N-isopropylacrylamide); nanocomposites silver; antimicrobial; poly(N-isopropylacrylamide); nanocomposites
►▼ Show Figures 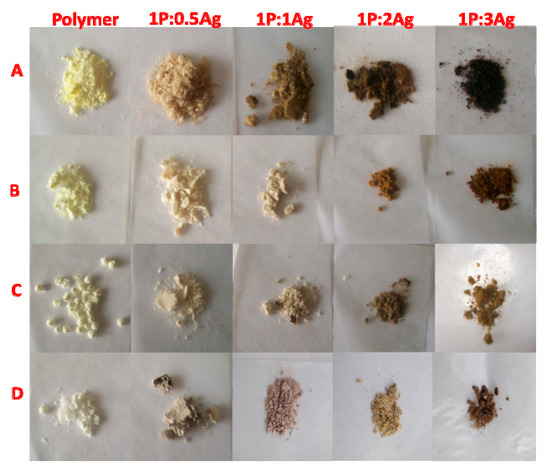