We present a study of the influence of disorder on the Mott metal-insulator transition for the organic charge-transfer salt -(BEDT-TTF)Cu[N(CN)]Cl. To this end, disorder was introduced into the system in a controlled way by exposing the single crystals to X-ray irradiation. The crystals were then fine-tuned across the Mott transition by the application of continuously controllable He-gas pressure at low temperatures. Measurements of the thermal expansion and resistance show that the first-order character of the Mott transition prevails for low irradiation doses achieved by irradiation times up to 100 h. For these crystals with a moderate degree of disorder, we find a first-order transition line which ends in a second-order critical endpoint, akin to the pristine crystals. Compared to the latter, however, we observe a significant reduction of both, the critical pressure and the critical temperature . This result is consistent with the theoretically-predicted formation of a soft Coulomb gap in the presence of strong correlations and small disorder. Furthermore, we demonstrate, similar to the observation for the pristine sample, that the Mott transition after 50 h of irradiation is accompanied by sizable lattice effects, the critical behavior of which can be well described by mean-field theory. Our results demonstrate that the character of the Mott transition remains essentially unchanged at a low disorder level. However, after an irradiation time of 150 h, no clear signatures of a discontinuous metal-insulator transition could be revealed anymore. These results suggest that, above a certain disorder level, the metal-insulator transition becomes a smeared first-order transition with some residual hysteresis. View Full-Text
Keywords: organic conductor; Mott transition; pressure; disorder; X-ray irradiation organic conductor; Mott transition; pressure; disorder; X-ray irradiation
►▼ Show Figures 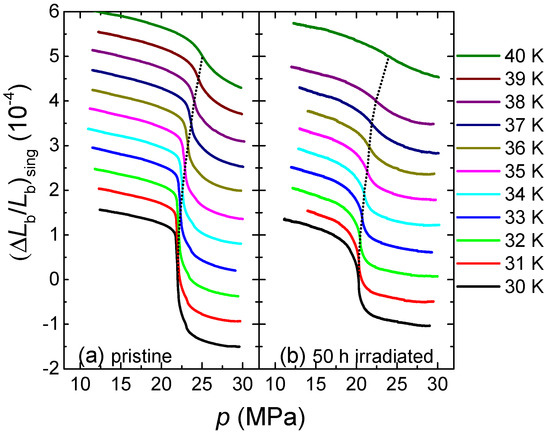