We survey our recent results on the observation and studies of the effects accompanying the dynamical Bragg diffraction in one-dimensional photonic crystals (PhC). Contrary to the kinematic Bragg diffraction, the dynamical one considers a continuous interaction between the waves travelling within a spatially-periodic structure and is the most pronounced in the so called Laue geometry, leading to a number of exciting phenomena. In the described experiments, we study the PhC based on porous silicon or porous quartz, made by the electrochemical etching of crystalline silicon with the consequent thermal annealing. Importantly, these PhC are approximately hundreds of microns thick and contain a few hundreds of periods, so that the experiments in the Laue diffraction scheme are available. We discuss the effect of the temporal splitting of femtosecond laser pulses and show that the effect is quite sensitive to the polarization and the phase of a femtosecond laser pulse. We also show the experimental realization of the Pendular effect in porous quartz PhC and demonstrate the experimental conditions for the total spatial switching of the output radiation between the transmitted and diffracted directions. All described effects are of high interest for the control over the light propagation based on PhC structures. View Full-Text
Keywords: dynamical Bragg diffraction; photonic crystals; pulse splitting; Pendular effect dynamical Bragg diffraction; photonic crystals; pulse splitting; Pendular effect
►▼ Show Figures 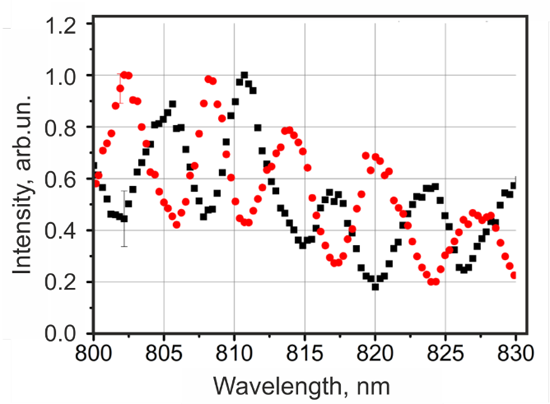