Gallstones affect women more frequently than men. Symptomatic gallstones are treated with surgical removal of the gallbladder. Overweight, obesity, and exposure to female hormones can cause gallstones and also breast, uterine, and ovarian cancer. We assessed if surgical removal of the gallbladder is associated with these cancers in women. We found risk of ovarian cancer is increased within the first 6 months after surgery. Women undergoing this operation also show an increased risk of breast and uterine cancer up to 30 years after surgery. It is important to screen women with this surgery indication for the three abovementioned cancers.

Surgical removal of the gallbladder (cholecystectomy) is indicated mainly for the treatment of symptomatic gallstones (cholelithiasis) and its complications. Considering the high and increasing prevalence of gallstones, cholecystectomy is one of the most commonly performed surgeries [1,2]. Several risk factors for gallstone formation have been identified. One of the most important risk factors is female gender; depending on age, women have a two to three times higher risk of developing gallstones than men [3,4]. Pregnancy, which is characterized by a physiological increase in estrogen and progesterone, is a major risk factor for gallstone formation in women, and the risk of gallstone disease also increases with increasing parity [5,6]. Hormone replacement therapy in postmenopausal women and the use of oral contraceptives are also associated with an increased risk of cholelithiasis [7,8,9]. Both obesity and rapid weight loss are established risk factors for gallstone formation [10,11,12].
Gallstone disease and breast, endometrial, and ovarian cancers share several important risk factors, including overweight, obesity, and exposure to female sex hormones [13,14]. Cervical cancer and gallstones are both associated with low socioeconomic status, use of oral contraceptives, and parity [15,16,17,18,19]. Despite the shared risk factors and some reports that cholecystectomy is associated with an increased risk of endometrial and breast cancer, the association between cholecystectomy and female cancer risk has not been comprehensively investigated.
In the present large nationwide cohort study, we ascertained and accurately quantified the association between cholecystectomy and the risk of breast, endometrial, ovarian, and cervical cancer. We also considered the time since cholecystectomy, and the age at cholecystectomy for the identified associations. Our aim was to find new clues for the early detection and improved prevention of the investigated female cancers.

For the current study, data from the Swedish National Patient Registers, the Swedish Cancer Registry, national censuses, and the Death Register were linked using the individually unique pseudonymized national registration number. These nationwide registered sources are updated every 1–3 years, and in our datasets, which were updated in 2017, the combined datasets included information for more than 15 million individuals up to the end of 2015 (there is a 2-year delay in the release of cancer registry data to ensure the completeness of the reported cases). The Swedish National Patient Registers include nationwide data on surgical procedures from all private and public hospitals and visits to specialized physicians in Sweden, as well as hospital (inpatient) records from 1964 to 2015 and day clinic (outpatient) records from 2001 to 2015. Information on cholecystectomy (using International Classifications of Diseases (ICD) code, 9th revision (ICD-9] 51.2 and its subcategories) and date of the surgery were extracted from this dataset. The Swedish Cancer Registry data provided information on date of cancer diagnosis, topography and morphology, and diagnostic reports from physicians for 1958–2015. All cancer records were reported using ICD-7. There were no missing data on the cancer status of individuals. The overall completeness of the registry was estimated to be 96% (for non-hematological organs, including our cancers of interest, it is probably even higher) [20]. Demographic information, such as sex, birth, migration data, and information on date of death were obtained from the National Population Register, the national censuses, and the Cause-of-Death Register.

The final dataset contained up to 51 years of follow-up. The follow-up for patients with cholecystectomy started at the date of cholecystectomy (month and year) and for other individuals it was from the beginning of 1964, the birth date (month and year), or the immigration, whichever was the latest. The follow-up period for all individuals ended when they were diagnosed with cancer, emigrated, died, or at the end of study period (end of 2015), whichever came first.

Standardized incidence ratios (SIRs) were calculated to compare the risks of first primary breast, endometrial, ovarian, and cervical cancer diagnoses for women with a history of cholecystectomy with the risks in their counterparts without such a history. SIRs were calculated as the ratio of observed to expected number of incident cancer cases. The expected numbers were calculated from the strata-specific cancer incidence rate in those with no history of cholecystectomy, multiplied by the corresponding person-years for subjects with history of cholecystectomy. All SIRs were adjusted for age, calendar period (5-year interval), socioeconomic status (farmer, manual workers, low to middle income office worker, high income office worker/professional, and company owner except farmer or other/unspecified), and residential area (large cities, South Sweden, North Sweden, or unspecified). Confidence intervals (95% CI) were calculated assuming a Poisson distribution. Further stratified analyses were performed by age at cholecystectomy (<40, 40–49, ≥50 years) and time since cholecystectomy (1–6, 7–12, 13–36, and ≥37 months). P-values were adjusted for multiplicity using the Bonferroni method (0.05 divided by four investigated cancer types = 0.0125; p-values smaller than 0.0125 are highlighted with an asterisk in the tables and figures). For cholecystectomized women, cancer incidence rates by year since surgery were also calculated. Incidence rates in non-cholecystectomized women were calculated for each 1-year interval age and shown in the same chart starting from the corresponding median age of surgery in cholecystectomized women.
All analyses were performed using SAS software, version 9.4 (by SAS Institute Inc., Cary, NC, USA). To avoid the risk of identification of participants, researchers only had access to pseudonymized secondary data. All linkages were performed by the individual national identification number, which is assigned to all residents staying in Sweden longer than 3 months (residence permit). To preserve confidentiality, this ID number was replaced by a serial number.

3.1. SIRs by Time after Cholecystectomy

3.2. SIRs by Age at Cholecystectomy

This study was supported by the European Union’s Horizon 2020 research and innovation program under grant agreement no. 825741. This work was supported by grants from the Swedish Research Council to Jan Sundquist (2020-01175) and to Kristina Sundquist (2018-02400), as well as ALF funding from Region Skåne awarded to Kristina Sundquist. The funders had no role in the design and conduct of the study; collection, management, analysis, and interpretation of the data; preparation, review, or approval of the manuscript; and decision to submit the manuscript for publication.

The study was conducted in accordance with the Declaration of Helsinki, and approved by the Institutional Review Board (or Ethics Committee) of Lund University (Dnr 2012/795 and Dnr 2016/679).

Patient consent was waived because written informed consent is not needed for register-based studies in Sweden. Through advertisements in the major newspapers, people could choose to opt out before the project database was constructed. Less than 100 people opted out. 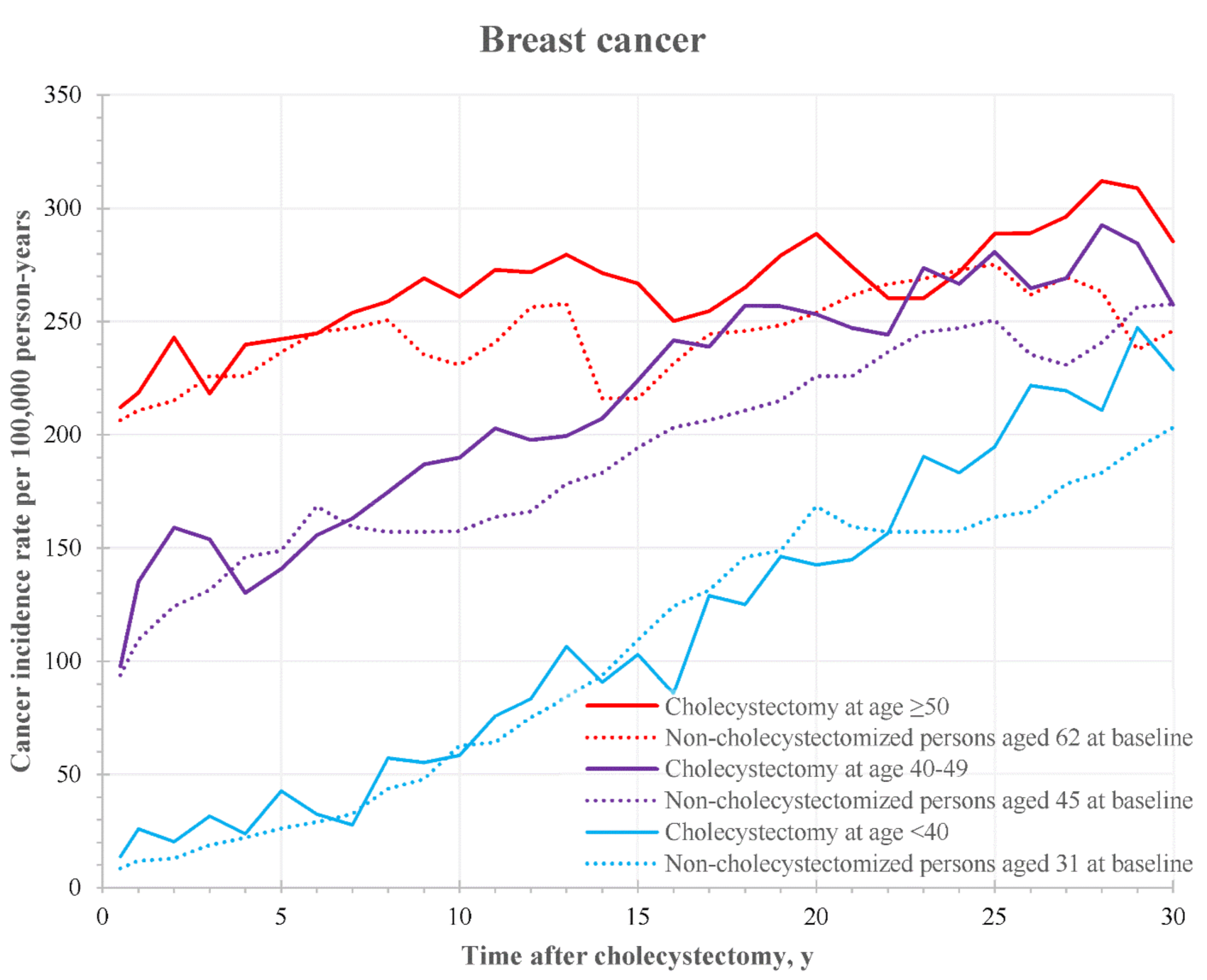 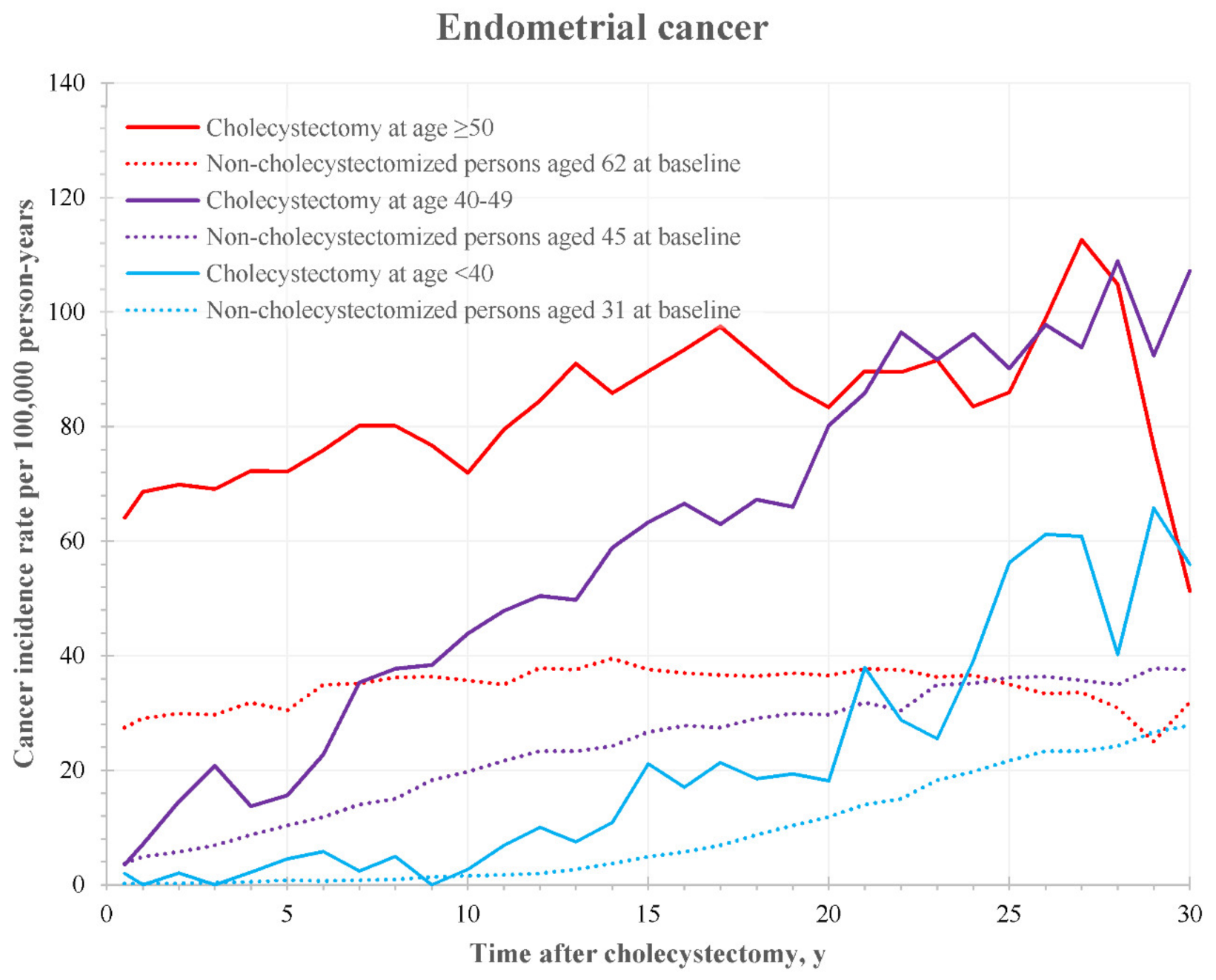