Tetrodotoxin (TTX) is a potent neurotoxin found in the tissues of many taxonomically diverse organisms. Its origin has been the topic of much debate, with suggestions including endogenous production, acquisition through diet, and symbiotic bacterial synthesis. Bacterial production of TTX has been reported in isolates from marine biota, but at lower than expected concentrations. In this study, 102 strains were isolated from Pleurobranchaea maculata (Opisthobranchia) and Stylochoplana sp. (Platyhelminthes). Tetrodotoxin production was tested utilizing a recently developed sensitive method to detect the C9 base of TTX via liquid chromatography—mass spectrometry. Bacterial strains were characterized by sequencing a region of the 16S ribosomal RNA gene. To account for the possibility that TTX is produced by a consortium of bacteria, a series of experiments using marine broth spiked with various P. maculata tissues were undertaken. Sixteen unique strains from P. maculata and one from Stylochoplana sp. were isolated, representing eight different genera; Pseudomonadales, Actinomycetales, Oceanospirillales, Thiotrichales, Rhodobacterales, Sphingomonadales, Bacillales, and Vibrionales. Molecular fingerprinting of bacterial communities from broth experiments showed little change over the first four days. No C9 base or TTX was detected in isolates or broth experiments (past day 0), suggesting a culturable microbial source of TTX in P. maculata and Stylochoplana sp. is unlikely. View Full-Text
Keywords: Tetrodotoxin; bacteria; liquid chromatography-mass spectrometry; Pleurobranchaea maculata; Stylochoplana sp. Tetrodotoxin; bacteria; liquid chromatography-mass spectrometry; Pleurobranchaea maculata; Stylochoplana sp.
►▼ Show Figures 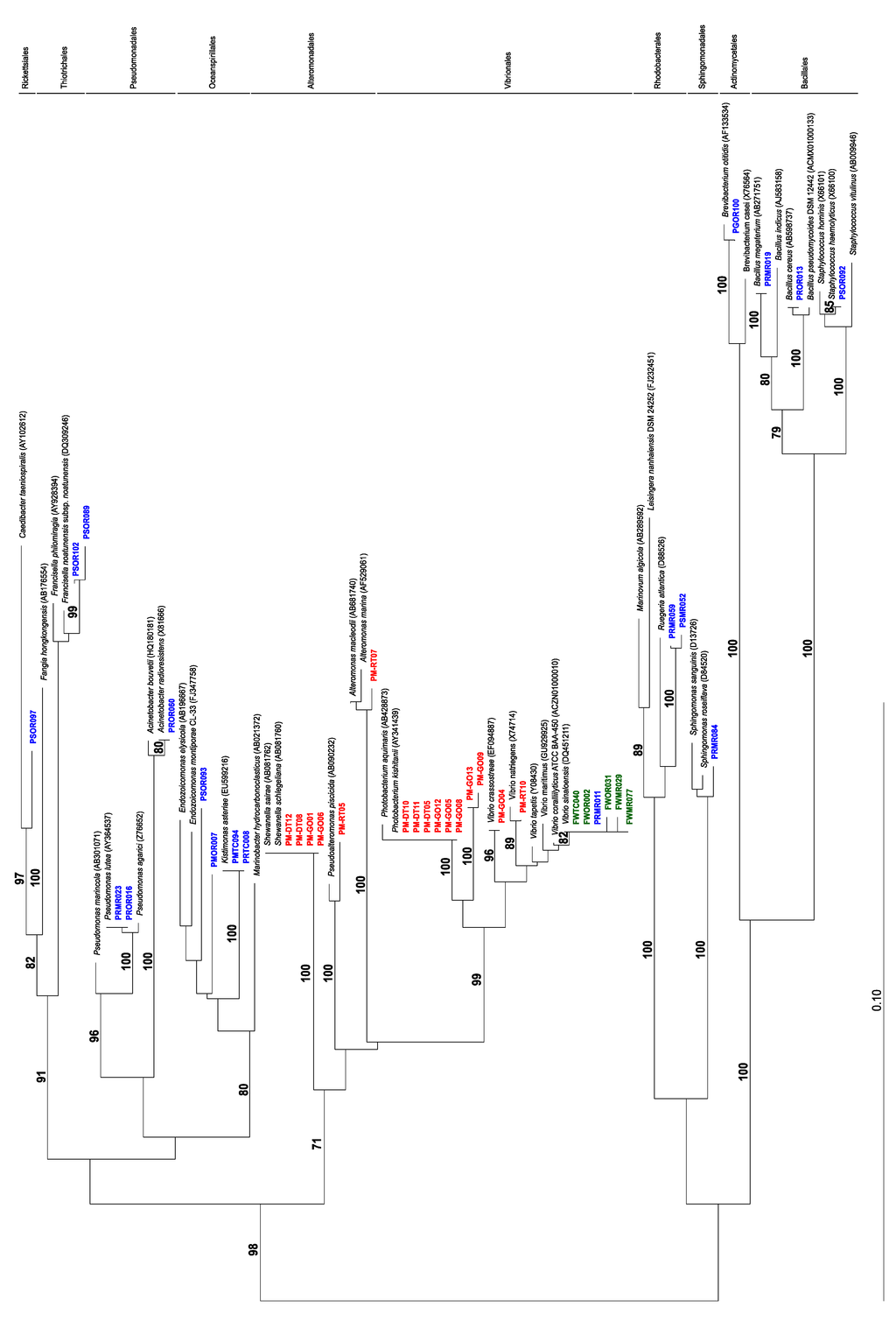